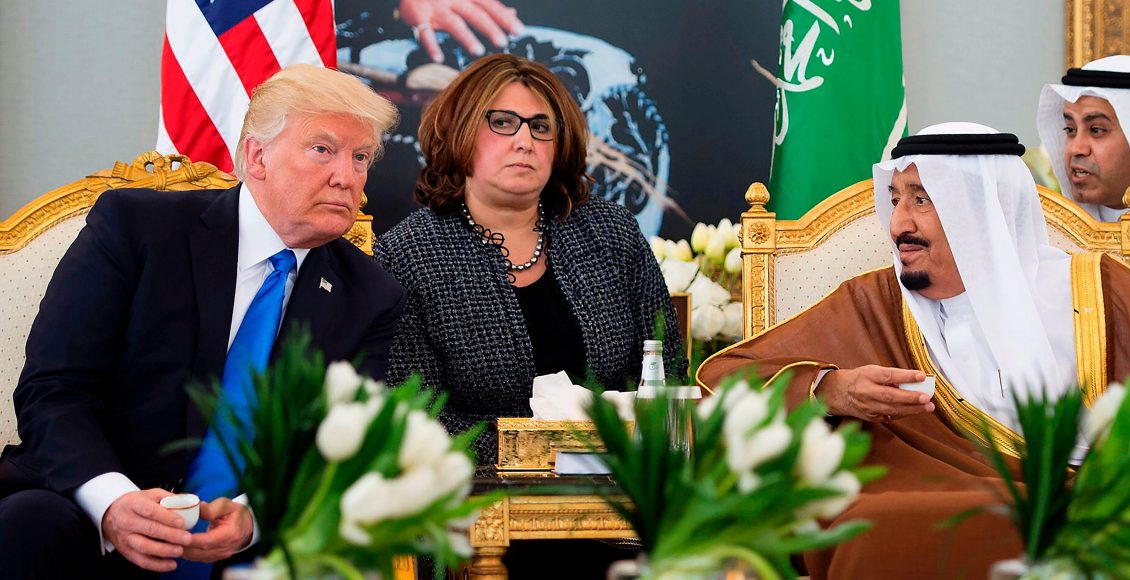 The sudden and unprecedented political and media escalation that erupted between the different states within the Gulf Cooperation Council (GCC) caused by statements attributed to the Emir of Qatar – the validity of such statements has been denied – has been considered offensive to the neighboring countries and contributing to strengthening and widening their contradictions. This can be attributed to being one of the symptoms of discharging the surplus of excessive enthusiasm, while such discharge channels are still vague, and a strong sense of confusion left by the visit of US President Donald Trump to Riyadh, and the series of summits he held there.

It is true that several parties have talked about the violent media and political attack launched by Saudi Arabia, the UAE and Egypt against Qatar and its Emir Sheikh Tamim Bin Hamad, and through its form and substance it gave the impression that it was an “organized” campaign that had been coordinated in advance by the parties involved, who, during the last days prior to the crisis, included signs of an anticipated escalation in the air and paved well the way for it, both in terms of their provocative content regarding Qatar and its political behavior in the region, which was broadcasted by media linked to the UAE, Egypt and Saudi Arabia, or in terms of the details that accompanied the faint participation of the Emir at the summit that brought together the American President and the regional leaders in Saudi Arabia, details that some saw as lacking real meaning, which gave the Emir’s traditional adversaries the chance to publicly banish his country, as witnessed in the speech of Egyptian President Abdul Fattah al-Sisi, where it was understood that Qatar was being referred to when speaking of the need to counter the states that are sponsoring terrorism.

However, all of this is not sufficient to isolate this crisis from the repercussions of the Riyadh summit, which, although it brought on the ones who celebrated it a high degree of euphoria and sharpened their momentum, especially the Saudi host, attempting to identify the summit’s practical outputs remains a task that require to hold back and reflect, especially that we can’t identify any specific data which suggests that considerable changes will occur in the behavior of the conflicting parties in the region, and goes beyond the repetitive rhetoric statements issued by the summit participants. It may well be that the attack carried on by Saudi Arabia and its company against Qatar and its Emir is nothing more than a forced, and perhaps unconscious, discharge of the excessive enthusiasm that resulted from the “Carnival-like” summit. Nonetheless, the Gulf’s and the Arab Nations’ political and media bullying on Qatar is in itself not expensive, and in turn Qatar’s turbulent behavior against the arrangements of the “Older Sisters” nations is a permanent characteristic of its political actions in various areas. Such turbulent behavior constitutes a big ledger of “violations” that can be invoked by others at any moment for blame and accountability.

Concerning the recent crisis, and so we do not overlook its size and repercussions, it has represented a considerable shift in the level of intensity of communication between the Gulf states. And explicit references were intentionally or unintentionally wringed in it, showing contradictions that have traditionally been avoided publicly, such as conflicts within the ruling families in the Gulf, as well as informal ties and hidden alliances that bind certain members of different rulings families with each other. This crisis has also been used with explicit arrogance by parties from outside the Gulf ruling houses to resolve internal contradictions in them.

Nevertheless, no matter when calming the atmosphere and the anticipated reconciliation between the parties is expected to happen, the wound caused by this crisis will leave eternal scars that will draw a new form of relations within the GCC. However, this does not negate the fact that any political clash between these parties, no matter how harsh is the language used and how superior is the person speaking this language, will not change the fact that this crisis and other similar crises will not be efficient in drawing a new map of the balance of power in the region where these parties are active. Specifically, it is out of question for any of these parties to move away from the American control system. What we mean by control system here goes beyond the network of relations between the Gulf regimes and the successive US administrations and what determines them, it is actually the intertwined network between the cadres of the ruling families in the Gulf and the major centers of power and lobbies that form the government’s deep backbone in the United States of America. Such network has been established by members of these ruling families throughout decades of tight alliances between them and the Americans. Moreover, any contradictions between the Gulf states will have their aggravated effects limited by the Iranian threat felt by these countries, where they collectively remain unified by their hostility towards the Islamic Republic of Iran, and any hypotheses circulated in recent days implying a shift by one of the Gulf parties to support Iran as a response to the crisis, are refuted by the facts and the specific requirements set by America and the West on the degrees of movement allowed for these countries.

And although it is clear until now that Qatar is avoiding keeping up with the tone of escalation found in the language of its adversaries during this crisis, and is willing to respond to the calls initiated by the State of Kuwait to heal the rift, on the other side the intentions of the Saudi-UAE team are becoming clearer, at least at the very moment, showing that their goal is to fabricate the crisis, which aims to urge the United States to move the “Al-Udeid Air Base” from Qatar to another place, most likely the UAE, regardless of how realistic and possible this is, it is in fact able to disclose the main driver of disputes between the Gulf states, which is at the core based on the hidden rivalry of alliances between members of the ruling families to establish centralized control and decision-making in favor of one of these alliances, an alliance that believes that it is better to act as the exclusive agent to the international policies in the region and represent the region in terms of politics, security, military and economy and have the region’s ability and destiny in its own hands.