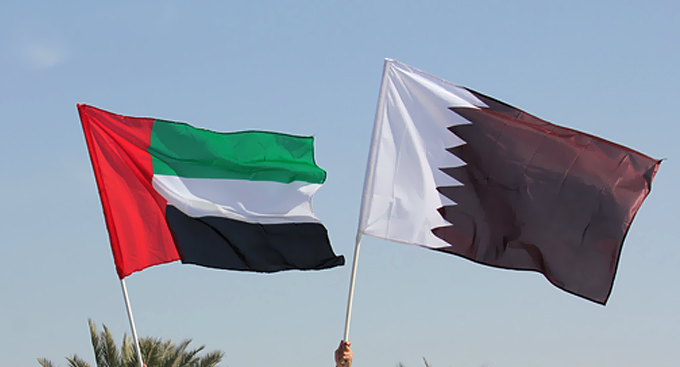 In the last days an audio-recording of a phone call between a suspended Palestinian leader from Fateh Movement and an important Egyptian intelligence official has been circulated.   The  audio-recording was originally played on what it is considered a pro-Hamas TV station broadcasting from Turkey. The Egyptian official was complaining  in the recording  from all the components of the Palestinian political scene, starting with Mahmoud Abbas, the Palestinian president, all the way to the smallest Palestinian faction.  Regardless of to what extent we may agree or disagree with what was said, the Egyptian official’s speech shows that the role and the presence of Egypt within the Palestinian political panorama has shrunk to the extent of settling for giving brief comments on the current course of events without possessing any specific perceptions for what Egypt wants in Palestine or how it can be achieved.

In turn, it is impossible to separate  Palestinian politics from its broader Arab surrounding and consider it as an independent unrelated element, unaffected by its interferences, especially since the  Palestinian matter was based since its establishment on a group of historical political regulators which included the fact that the  Palestinian central political act must remain an essential component of those of the Arab official system. This explains, for example, why Fatah remained the leading faction on the Palestinian scene and the main  symbol of the Palestinian existence despite all the defeats and crisis it underwent throughout its political and organizational history, which began in 1965, as it was considered since its establishment the Palestinian synonymous of the Arab  system and its general political orientations.

Moreover and because the Palestinian scene has been exposed to external influences, whether Arab or international, its active elements, whether groups or individuals, and in order to strengthen the pillars of their presence in the Palestinian panorama, have always based their presence on a “regional patron”, making them necessarily their ambassadors and political extensions in Palestine.  And if the implications and  effects of the events and major transformations in the Arab region in recent years on the Palestinian arena  caused major Arab states players to disappear such as Syria and Iraq, or created a decline in the presence of other countries  such as Egypt and Saudi Arabia; however, new players have joined the regional patrons crew of the Palestinian political scene and those are looking for their share.

In the last twenty years Qatar was able  to accumulate slowly and intelligently  a political presence and power in the Palestinian scene, whose weightiness and effectiveness on some scales surpassed those of some big Arab countries.

Qatar who  welcomed from early stages the  leadership of Hamas on its territory, and provided them with various forms of political, financial, and especially  media support, has also accepted other Palestinian  parties, political and cultural figures as a part of its collection of Palestinian “allies”, and there has been even circulated rumors about a historical relationship linking the Qatari regime and the President Mahmoud Abbas personally, which is supposed to be a political rival at least since Qatar has an alliance with Abbas’ number one political rival, Hamas.

The Qatari presence in the Palestinian political scene and despite that it sometimes provoked the ire of the Palestinian Authority leadership and organization in Ramallah because of what they consider as a blatant interference or an encroachment of the legitimacy of its representation of the Palestinians, which was the case when Doha called for an Arab summit during the 2009  war on Gaza and  entrusted the task of representation of the Palestinian delegation to Hamas, thus bypassing the Palestinian Liberation Organization as the sole legitimate representative of Palestine. Or when the former Emir of Qatar, Hamad bin Khalifa Al Thani, visited   in 2012 the Gaza Strip which was ruled by Hamas without obtaining the approval of the Palestinian presidency in Ramallah.  Qatar always insist that their primary purpose is to help the Palestinians and ease the burden and worsening humanitarian problems for the residents of the besieged Gaza Strip; however, there is a profound realization among all Palestinian parties, that Qatar’s role in shaping the balance of power in the Palestinian scene has become a decision making stabilizing role.  especially since Doha is currently sponsoring the undergoing  arrangement inside Hamas to choose the movement’s new leadership . Also, the  various parties preparations for the President Mahmoud Abbas’ post-era, whenever it is going to be, already consider Doha  as one of the key players that will play a role in this scheduled entitlement reform.

In general, the UAE positions regarding the Palestinian issue topics have followed the orientations of the official Arab consensus, and after the death of Sheikh Zayed Bin Nahyan, the UAE role   was confined to contribute his share in the treasury of the Palestinian Authority finance.

However, in the recent years, and after the unfolding of the special relationship between the Emirati rulers in general and Abu Dhabi ruler in particular, with the  dismissed leader in Fateh and  deputy Mohammed Dahlan, UAE has considered the latter as its liaison with the Palestinian politics  and its representative in addition to other tasks entrusted to him  in other files. Therefore the Emirati relationship with Palestinian parties was  approached based on their relationship with Dahlan.  Hence,  it was obvious that it will be openly hostile to Hamas, and the relationship with president Mahmoud Abbas will be rather cold, the thing that impacted  UAE financial support to the Palestinian Authority, which has sunk to extremely low levels.

When it comes to the current and future role of the UAE in the Palestinian, some may believe that consideration of this issue involves an exaggeration in depicting  any existing or subsequent influence of  the UAE. However, tracking the vital role and the enormous influence  the rulers of Abu Dhabi have in a number of Arab decision capitals, such as Cairo and Riyadh, would show the fact that the UAE has become, though indirectly, in a position of imposing its views  in more than a file, even if it is done through intermediaries who have historical and political stature in the Palestinian case, such as Egypt, Saudi Arabia and Jordan .

The regional political climate hides a sharp contrast between the UAE and Qatar, which manifests in all the Arab region sensitive issues, in Libya, Tunisia, Egypt, and even Syria and Palestine.

the Reason for this dispute can be summarized in the stand vis-à-vis political Islam forces, especially the Muslim Brotherhood Movement, which the UAE spares no occasion to insist on their absolute hostility toward them and warning from the danger of Islamist as the main threat to Arab countries and the unity of their political entities.  On contrast,  Qatar considers the Islamic movements and their followers as its essential allies   and a popular extension of the alliance it leads in their countries in  partnership with Turkey.  However,  the Palestinian case and its position in the equation of regional differences among the two countries adds an additional particularity to the general tradition description with even more importance.

The recent years witnessed a significant uptick in relations and cooperation in various fields between Qatar and UAE, on one side, and “Israel” on the other, to the point where it has became ridiculous to describe it as “secret ” while the Israeli media is openly talking about a great progress in political, economical and even military cooperation with both countries. And as the geopolitical map of the region is undergoing some qualitative changes, whose most prominent manifestation  is a gradual Us withdrawal  and a growing Iranian influence, “Israel” seems to be the perfect candidate to play the role of the substantive equivalent of Iran in the region, and an ally who posses the necessary  capabilities that enable him to play a protective role for the political system  that may be formed in the future which includes the Gulf states and “Israel” along with  other countries that may join them .

This presentation allows as to approach the alliances held by both UAE and Qatar  with Palestinian parties as some sort of a pathway leading to Israel. these parties  can pave these pathways  which are impeded by traditional political barriers in face of such openness with a state that still occupies Arab lands and confiscates the rights of its indigenous inhabitants, and waging crazy wars where the deadliest  and most brutal weapons are used, by presenting this openness later as a joint Arab – Palestinian – Israeli political action.

So, if we follow the previous presentation inversely from this point  all the way to the fact that they are partners who disagreed on means, however they agrees on the target, and that their Palestinians followers are nothing but bridges that all lead to Rome!