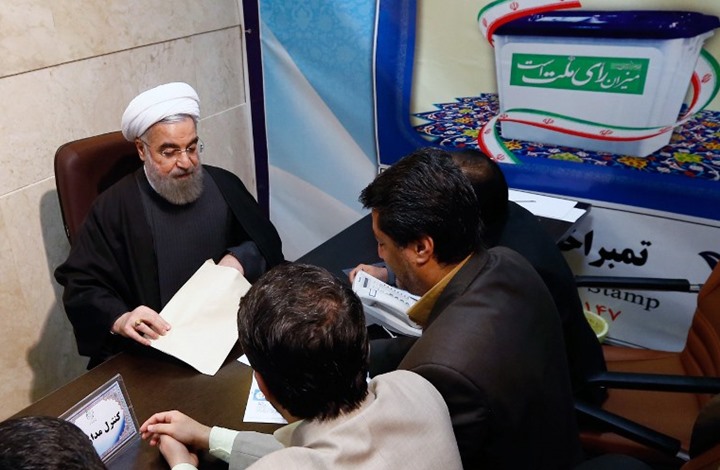 When the parliamentary elections were held in February 2016 in Iran, the foreign interest was focused on identifying the repercussions of the nuclear deal Iran had struck with the global community and its effects on the components of the country’s political class, and to identify the inherent gaps in the internal balance of power. Similar to all the previous electoral rounds, the results came out vague and appropriate for any kind of interpretation: none of those who are branded as ‘Moderates’ had scored a decisive victory, and none of those who are rightfully called ‘Hardliners’ had shown clear signs of decline in numbers. However, the recent results in the elections did not discourage the concerned global parties and observers from subsequently completing their task of tracking down the effects of the nuclear deal on the internal political map, where they settled their bets on the fact that inevitable major changes will come through after the deal is fixed. Thus, the Iranian presidential elections that are claimed to be held mid-2017 are foreseen as a test of merit that will establish a new historical path in the ‘Post-deal Iran’.

The shocking outcomes of the presidential race in the United States end of 2016, as well as the victory of the problematic candidate Donald Trump have re-shuffled the global political cards all over the world. Moreover, on-top of the consequences brought on the internal scene in the US by Trump’s entry into the White House, the external aftershocks, as some are seeing it, will become clearer especially when the discussion shifts towards the inherent effects on the political components in Europe, in terms of the stimulated rise of its right wings and their candidates, where institutional pillars have less immunity and resilience facing the risks of sliding into populist fascism in comparison to the US, especially that the European right wing, inspired by the rise of Trump’s phenomenon, has been scoring electoral gains in several locations, with additional locations that seem slated to easily fall in its hands, and that’s without tackling the fact that the general direction of Policies in the US is utilized in Europe as an ideological compass used to set the directions of the political camps in the White Continent, which, in the era of “Trump’s America”, makes the German Chancellor Angela Merkel a European left wing by extension, the neo-Nazis a right wing, and the Liberals a chaotic left wing!

The purpose of this digression is to ponder on the upcoming changes and introductions in the overall directions of Western policies, created by Donald Trump’s arrival to the presidency, especially that the West is the governing and dominant element on the international relations and international inter-linking policies scenes. Furthermore, at the heart of these changes, are signs and threats of an American and Western evasion from the nuclear deal with Iran, not to mention the return of the verbal escalation between the latter and the West following a period of relative calm that characterized the period of former President Barack Obama’s presence in the White House.

The search for a candidate:

The developments surrounding the search for a candidate left a heavy impact on the Iranian domestic front, bringing down previous positive beliefs that flourished following the signing of the nuclear deal, which preached that such a deal would synthetize an internal map of balance and policies enabling Iran to engage in normal relationships with the global community, and would create an overall internal exodus towards moderation. Instead, the stage is open again for hardline voices confirming that the battle with the West is still open, and that the deal did not succeed in creating a new path for the relationship with the West.

And so, the international changes that took the world by storm during the first two months of 2017 resulted in a restructuring of the political grounds supposed to provide support to the Iranian presidential elections. Albeit we do not tend to adopt the popular methodology that divides Iran’s political class in two main ‘Hardliners’ and ‘Moderates/Reformists’ camps, since such methodology is a defective simplification that is oblivious to the propelling of the most diverse components and complex interconnected networks within that political class, and although the fact that the Iranians are only two months away from the elections, uncertainty and speculations still wraps the final list of presidential candidates from both camps, as well as wrapping the fate of those who have declared their intention to run in both races; The current President Hassan Rouhani is the most eligible candidate for the Reformists until now, and all doubts have not yet been put to a sharp end, concerning his legal eligibility to participate in the Presidential race for a second term, which indicates that roads and communication between the various components of the political class have not yet reached an understanding that crystallizes through a final list of candidates, and determines the underlying political coalitions, especially that internal conflicts have clearly surfaced within each camp, making it impossible to reach consensus, as it is seen within the ranks of the so-called Extremists, who have not yet agreed on a decision or a specific direction governing their participation in the electoral process. Concerning former President Ahmadi Nejad, whose name has been floating as one of the two possible candidates for the Extremists camp, it has been said that the Supreme Leader Sayed Ali Khamenei is not thrilled to have him as a candidate, which doesn’t necessarily mean that this is a final exclusion of his name, given that the Supreme Leader’s desire has been interpreted as not being a final position, but more of an “advice” from a father to one of his sons!

Under such vague circumstances, the attention is turned towards the Supreme Leader of the Islamic Republic of Iran Sayed Ali Khamenei, who as usual surrounds his position with mystery and secrecy, blocking others from getting a feel of his preferred direction within these elections. This drives the observers to list and identify the options that Sayed Khamenei might consider in his approach concerning internal and external benefits and merits towards the Iranian state during the years to follow, without him showing clear signs of a preferred candidate, diminishing the credibility of the observers’ readings, considering the fact that the relationships between Iran and the global community have not yet shown a clear direction.

Some believe that the Supreme Leader might submit to the current overall extremist atmosphere in Iran, which was caused by the aftershock that derailed the path of the relative openness to the West, in the wake of Western threats to detract from the Nuclear Deal, which in turn menaces to strip the Moderate camp from the project they were betting on to build their political direction in Iran in the coming years, pushing the Leader of the Revolution to concentrate his support behind a radical candidate that he sees more fit for the current state of tension that is governing the relationship between Iran and the West.

A second opinion assumes that the Supreme Leader might keep the door ajar in front of hopes to connect with the West, even if such hopes seem scarce, through supporting a moderate candidate that would be better accepted internationally, which might at a minimum promote chances of trade agreements that would help the economy in Iran to overcome the current crisis, particularly that the former President Ahmadi Nejad’s failures in that department are still fresh in the memory of the Iranian public opinion. Furthermore, a reformist president would help containing the social divisions inside country.

The only fixed variable amidst all the changes that might be caused by any candidate who reaches the presidency, notwithstanding their relative party, is that the strategy files related to the projects of expanding the Iranian influence in its geo-political space such as Iraq, Syria, Lebanon, Palestine and others, as well as projects related to armament and to nuclear energy, will remain in the hands of the Supreme Leader and the governing bodies and organizations surrounding him, which limits the expectations of all sides from the outcome of the presidential elections: whoever is the next president, he will certainly not going to have the passwords that would open these files!