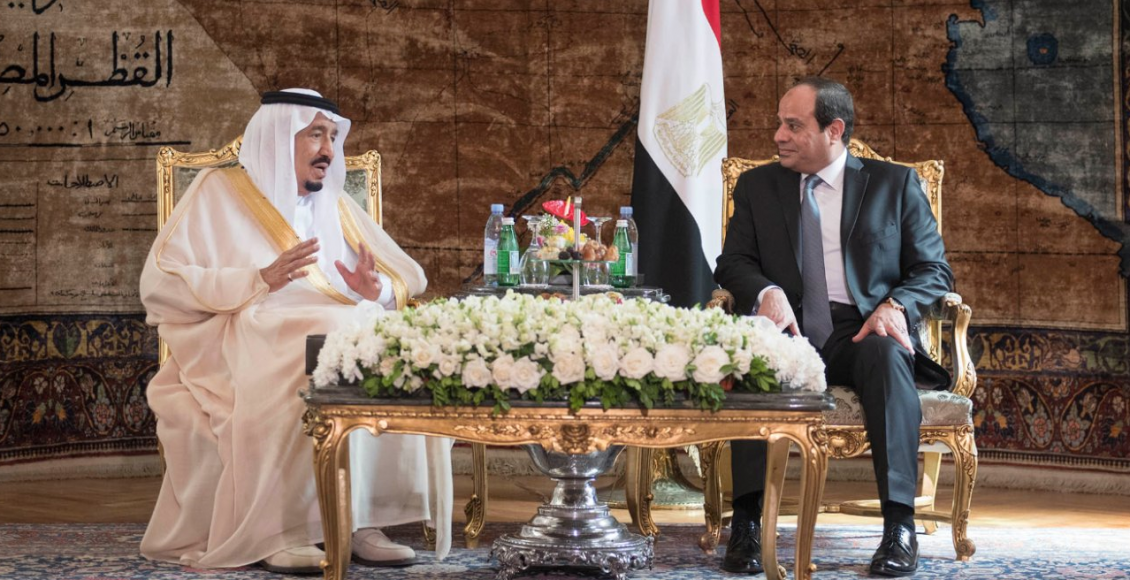 It is inarguable that the sudden dispute between Egypt and Saudi Arabia has caught the observers by surprise and added a new confusion to an already confusing scene.  The dispute that appeared out of nowhere escalated as a result of a succession of hostile stands and actions by both parties. And until now, it is still unclear whether there are any hidden reasons behind the tension in the relationship between the two allies, beyond the stated reason which seemed unconvincing and unjustified.

The dispute erupted after the Egyptian representative in the United Nations voted in favor of the Russian draft resolution for Syria, pushing in the middle of a cycle of reactions, both parties into taking hasty, uncalculated, and childish, the least to say, decisions against the other party. Especially when talking about the mutual media coverage.

However, and regardless whether this is indeed the spark that ignited the crisis or if there were other hidden reasons, given the history of the two regimes’ relationships in particular following the situation in Egypt during the year 2013, and the elucidation of the fact that there is no conflict of interest between them, then any motivation behind this tension will not go beyond a marginal attitude here or some carried gossip there.

what happened between the two countries is another indicator of the levels of confusion in both countries’ decision making centers, and what follows of obvious tension and sensitivity in the face of any moves that may seem unreassuring to any party.  Moreover, it is impossible to isolate this setback in the vital and necessary relationships between Egypt and Saudi Arabia from its surrounding political sphere.

Before the partnership of Saudi Arabia with Egypt has stumbled, the Political Adventurism of Saudi Arabia in the region and the international scene led to an unprecedented isolation in the history of the ruling of the House of Saud: an open hostility against Syria, Iran and Yemen, the Achilles heel of Saudi Arabia, disappointments and apathy toward some historic agents in other countries, such as Lebanon and Palestine, recent dramatic geopolitical developments in the Middle East, most notably the USA withdrawal from engaging materially or directly in the region’s hot files, and an increase in the Iranian influence in several Arab countries which gained an international acceptance and consideration.

Moreover, the smaller Gulf countries which proved to be able to work different files more efficiently and dynamically than Saudi Arabia did, now, together with other countries such as Pakistan and Turkey, started to belittle Saudi Arabia’s policies, and sometimes they engage within the limits and the requirements of diplomatic courtesy.

Finally, the ruling house in Saudi Arabia, beside its worsening internal crisis, has split and is no longer able to distance itself from the public turmoil situation, as the international press is replete with paid reports the regime poles are pulling against each others, revealing the dirty secrets and scandals of the royal family under the eyes of the whole world.

Facing a miserable reality, and cutting ties with its last non-gulf ally, means that the position of Saudi Arabia in the regional map is very lonesome, which portend difficult times for the Kingdom; especially since it is facing local and international entitlements, and it is still unclear how the Saudi kingdom is going to react to them while it is in this critical situation.

Upon the arrival of Field Marshal Abdel Fattah al-Sisi to the power in Egypt, the Saudi-Egyptian relations became closer, even exceeding those that prevailed in the time of Sadat and Mubarak, which involved implicitly a voluntary concession by Egypt from its honorary position as the “big sister” to Saudi Arabia, and what followed notably Cairo’s waiver of the islands of Tiran and Sanafir to the Saudi kingdom.

The Egyptian official behavior, which has been justified by the Egyptian poverty and the state’s need for the Saudi and the Gulf financial aid, sparked severe discontent among the Egyptians, and even the Arabs, who did not accept what appeared as an Egyptian subordination to Saudi Arabia which did not take into account the historical and emotional symbolism of Egypt.

Although this behavior met the short financial aspirations of the regime, or a fraction of them, it may sparkled an already existing but suppressed popular sensitivity by the Egyptians towards the nature of the relationship between the two regimes for fifty years, and the resulting anger was targeted toward the Saudi and even the Egyptian regime, and has affected the moral legitimacy of the latter.

Theoretically, a difference in the positions between the two countries regarding the situation in Syria, would have been normal before the Arab Spring, given that Egypt has its own ifs which can be seen as almost ideological when it comes to dismantling the entity of another Arabic country, or confronting an Islamic movements; unlike Saudi policy which can drift far beyond that in order to resolve conflicts with its adversaries.

However, shortly after the events of the year 2013 dragged the Egyptian excessive and inevitable reliance on the Saudi Financial aid led to an imbalance in the relationship between the two countries in favor of Saudi Arabia breaking through the depth of the ideological motives behind the Egyptian internal and external policies, translated in the different Egyptian stances in different situations. However, If we assume that the Egyptian vote in favor of the Russian decision is what raised the ire of Saudi Arabia, and regardless of the hysteria the latter received it with, it is more likely that the Egyptian stance in this incident did not take into consideration the political context Egypt has became a part of, and that the ensuing Egyptian official responses in the midst of the interactions produced by the crisis, are nothing more than metaphors from another imaginary political context for the position of Egypt in the regional equations, whose possibility is refuted by the objective facts of the current Egyptian reality.

The crisis between Egypt and Saudi Arabia can be viewed as another side obstacle in an already troubled Arab political path that could have been avoided, since it does not reflect fundamental differences between the two countries, as much as it reflects the general frustration among the traditional Arab regimes in the region, and regardless of the political feasibility of any aspect of a joint cooperation between the two parties in any of the regional files, this chaotic estrangement in the middle of this journey and under critical conditions underwent by both, will accelerate their descending to fates, some consider very dark and inevitable, while It may help in order to mitigate and perhaps avoid them if both parties leaned on each others instead of walking through them alone with a limp.