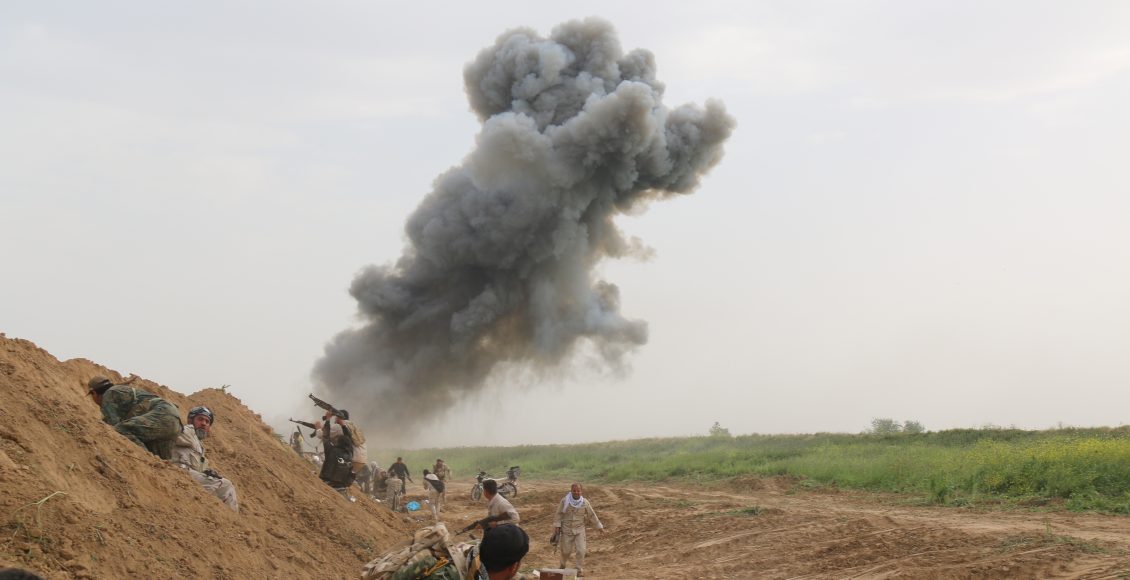 The fall of the city of Mosul into the hands of what is known as the Islamic State (ISIS) in June 2014 marked a defining moment in the formation of the post-2003 Iraq. At different levels, the occupation of the city foreshadowed the collapse of key players in Iraq after the US invasion. It was also a step toward fulfilling the requirements and entitlements necessary for planning an alternative political and organizational path that would open the door to a new era in the history of the country.

The phenomenon of the Islamic State represented an ultimate culmination of the rising jihadist activity of the Sunni groups such as al-Qaeda and others, which mushroomed and thrived in Iraq in the wake of the US invasion. A group of stimuli that intersected with its rising curve contributed to promoting its power. Most importantly was the inability of the Sunni bloc to develop a comprehensive political project of its own as did the rest of the Shiite and Kurdish components of Iraq. In addition, the growing sense of injustice and oppression among the Arab Sunnis as a result of what they considered to be exclusion from the political arena and derogation from their national rights, cultivated a discourse of Sunni disenfranchisement—a rhetoric that has been adopted by jihadist groups to justify their existence and military actions.

Also, the political utilization of these groups by regional and international parties as well as breaching their security played an equally important role in creating new paths for their military and political action and ensuring its sustainability by tying it to the conflicts in the region, especially the war in Syria. The culmination of the jihadist status in the Sunni camp in the form of ISIS required a corresponding force in the Shiite camp, which was pronounced in the decision of forming what has become known as the ‘Popular Mobilization Forces’ to serve as an organizational framework for the Shiite militant groups.

The Popular Mobilization Forces (PMF) have stepped into the Iraqi political scene as reserve forces for the official security and military apparatuses, with specific tasks restricted to fighting the ‘Islamic Sate’ and restoring the areas that have been captured by it to the sovereignty of the Iraqi state. PMF was, in the light of its military advancements on the ground, able to enhance justifications of its existence and silence voices opposed or circumspectly accepted its formation. With remarkable wisdom, the PMF’s political and field leadership has emphasized—at least rhetorically—from the very beginning the national character of PMF as a nonsectarian organization that adopts the Iraqi state’s agenda of encountering the present security challenges.

It may not be easy, however, to accept this image the PMF tried to project since the overwhelming majority of its members–even if it recruited some fighters from other sects—are Shiites. This in part is justified by the PMF leaders as a representation of statistical facts of a country in which Shiites tripled the number of Sunnis. Besides, rising popularity of the PMF due to its achievements pushes the various parties to accept its logic and overlook, at least temporarily, their concerns.

The relationship between the United States and the Shiite political components of Iraq, which have been the backbone of the country’s political system since the US invasion in recent years, has witnessed a divergence its consequences created a considerable split between the two sides.

The Islamic Republic of Iran has continued to penetrate this vacuum and influence its presence within the Iraqi scene, up to the current stage in which Iraq has become a vital element in Iranian’s axis in the Middle East. The Iranian influence is manifest the Iraqi state’s positions towards various regional and international issues and the explicit heteronomy of many components of the Iraqi arena to Iran.

On the other hand, ISIS accidentally played a catalytic role in initiating a process of restructuring the majority of the Shiite forces. It made itself a primary target on agendas associated with the restructuring process, which led to the creation of the Popular Mobilization Forces (PMF) with its likely expanding future area of operation. In spite of the little enthusiasm many Shiite factions had shown to this process of recreation in its early stages, major shifts have recently occurred, most prominently is the changing position of the Prime Minister and his government. The military successes the PMF has achieved since it became on the front line with ISIS inspired a growing sense of inevitable defeat of ISIS and that it is a matter of time before regaining the occupied territories. Meanwhile, PMF, backed by Iran, will seek to consolidate its legitimacy and expand its arms throughout state institutions in order to establish solid foundations for a new Iraq project that some went further to call a “new East.” This is especially important as the debate about sending the PMF fighters, after their victory in Iraq, to pursue ISIS inside Syria has become public and occupies a space of interactions among the Iraqi political class. It is worth noting that some Iraqi divisions are already there in Syria.

The Iraqi Sunni component suffered in recent years a blundering vision and collapsing political projects to which Sunnis confined themselves, domestically and regionally. Its regional sponsors, before their local agents, surrendered early to the fact that they have no chance to compete with Iran in a hegemony race over Iraq, due to the geographic and demographic nature of the country that undermines other calculations. Instead, they resorted to harassing Iran and its Shiite allies through providing indirect support to the jihadist group, as the investment in political Sunni formations proved profitless.

If jihadist groups at certain milestones took advantage of the absence and laxity of traditional Sunni political key players and dominated the Sunni political and military discourse, it goes without saying that the Sunni bloc before others became conscious of it being the first victim of these groups’ expansion. At the end of the day, Sunnis pay the highest price; their territories are more vulnerable to confiscation by ISIS and its early sisters to be eventually turned into battlefields with the army and state apparatuses, where inhabitants are victimized twice, by the hostilities of invasion and the grievances of liberation. Nevertheless, they receive no attention nor do their voices are heard.

If the PMF was the Shiite response to the situation imposed by ISIS on the Iraqi scene, the Sunni Arabs there have no choice but to search for possibilities of integration in an inclusive national project for reconstruction and wash their hands of any lies propagated by their political elites in the last decade. Indeed, these deceptions only brought them blood and destruction.

Reports in the international press and Western research centers, while acknowledging the inevitability of eliminating the “Islamic State” in Iraq, emphasize the conclusion that the expected destruction will leave random fragments that will continue to undermine security and keep the pot boiling. However, this assertion could be refuted in the light of two emerging issues. First, in this confrontation between jihadists and the Iraqi elements, the latter is backed by the popular support of a unified indigenous front that is well organized and aware of its mission. It also fulfills the minimum national consensus necessary to fight the battle to eliminate terrorism once and for all.

The second major development is the relentless pursuit of Iraqis, especially the PMF, to liberate their field agendas and tools from the US military agenda and to avoid any commitments with it. This independent tendency produced conflicts that have risen to the surface on more than one occasion; when the PMF refused to engage in battles into which the American air raids intruded—provoking condemnation among some PMF circles, rejection of their tactics, and disowning their results. And also when Americans expressed their reservations about the PMF and its components.

In any case, the PMF proved superiority over the Americans in terms of ease and completion of the liberation operations of Iraqi cities, and the low losses resulting from its operations at all levels, if compared to the destruction caused by the US raids, which are already questionable in their efficiency and real goals. Similarly, PMF adopted an approach that aimed at disintegrating domestic terrorist incubators and eliminating any potential for future resurgence.

This approach that gained the public support and endorsement of Sunnis and Shiites alike is capable of killing any hope for these groups to reorganize in the post-ISIS era; closing a chapter of militant terrorism in Iraq and opening a new chapter that documents a new phase in the history of the entire Orient entitled, the Iraqi entry to Syria—an entry that may go beyond just fighting ISIS.