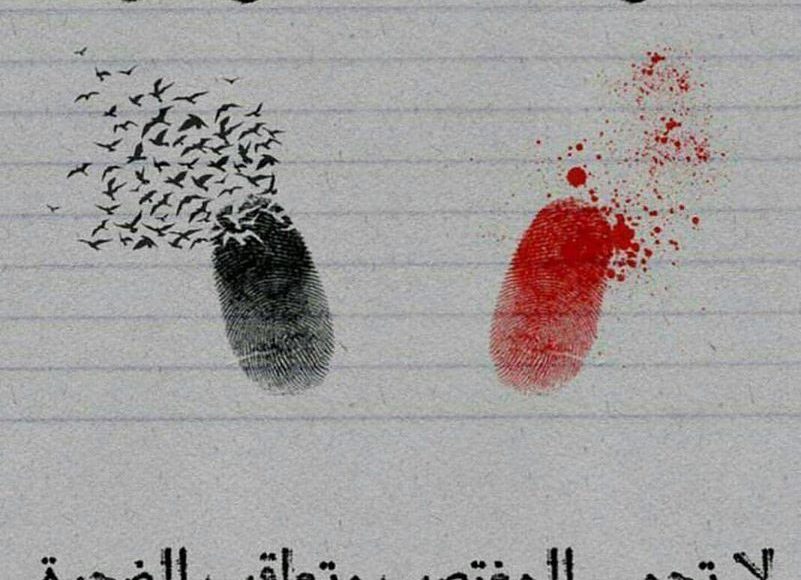 This Article is translated from Arabic.

In response to the government’s reservation concerning the proposals of the Shura Council and the members of the Bahraini Parliament to repeal Article 353 of the Bahraini Penal Code, which drops the punishment against a rapist if he marries the victim, the Bahrain Women’s Union launched a campaign on Twitter mid-April 2017, warning women in Bahrain who have been raped from marrying their abusers.

Fatima Abu Idris, president of the Women’s Union, told local newspapers in Bahrain that “the campaign on the Twitter social networking site is part of the Women’s Union campaign”, “No to article 353 of the Bahraini Penal Code, because this article protects the rapist and establishes impunity, where it helps the rapist in escaping punishment when he gets married to the victim, and this marriage in our view is not based on the correct grounds on which a family is supposed to be established”. Strikingly, the Bahraini government’s reservation is actually a confirmation that the victim’s marriage to the offender “is in fact an advantage for the woman and not a discrimination against her”, arguing that this marriage would reduce the harm caused by the rape.

The Bahraini government’s reservation confirms that neither increasing schooling rates nor the big number of female graduates from major universities in the Gulf states succeeded in changing the societal view that condemns the raped girl and holds her responsible for what she has been subjected to. In Arab societies, everyone agrees openly and privately to condemn the victim, and even goes so far as to deprive the victim of holding the “victim” status or description, in exception to what psychologists and social therapists declare concerning the psychological and physical repercussions on the rape victim, as the rape is considered the worst kind of violence women can endure, even worse than actually lashing or whipping them.

In general, the victim of rape herself is found to be facing the lashing of her family and society and maybe lashing herself as well, as a result of the abuse incurred by her soul and body, especially where surprisingly criminal laws are found to be standing by the perpetrator and even protecting him through horrible complicity and abuse of the victim’s dignity and humanity. As a result, victims of rape are forced to choose between two bitter choices: either marry the person who has destroyed their psyche, existence and dreams in order to ward off shame and scandal, which is considered a legalized discrimination against women, or choosing to live as rejects who bear the burden of a crime they did not commit.

It is worth noting that most of the times the victim is not even given the option to choose as mentioned above, and this remains beyond the control of the laws, as often the families force the victim to marry the perpetrator without taking her opinion about it. Moreover, the laws approving the marriage of the rapist to his victim in return of dropping his punishment are still undergoing a lot of discussions and debate, despite the fact that the majority of such laws’ legislations date as far back as the beginning of drafting the constitutions in the Gulf states.

In May 2016, the Bahraini Shura Council discussed a bill that repeals Article 353 of the Bahraini Penal Code, which states that prosecution should be suspended and punishment should be dropped for an individual accused of rape if he gets married to the victim, and legislators and lawyers joined the people who called for cancelling this article as they considered that “it carries in itself an implicit approval for the right of raping a woman and getting away with it through marriage”. The majority of Bahraini Parliament members approved repealing this Article from the Penal Code, but these efforts were faced with a governmental reservation where the Government considered that “Article 353 has been established to preserve the honor of the family and ward off rumors that might taint this honor and affect the society’s view of the victim and her family, especially if the offender had sexual intercourse with the victim with her consent and she turns out pregnant, and also to protect the child’s rights to descent and identity, which are originally stipulated in the Convention on Children Rights, additionally this article was also established to confirm the principle of deterrence in the event where the victim refuses to get married to the perpetrator”.

Similar to Article 353 of the Bahraini Penal Code, Article 182 of the Kuwaiti Penal Code also confirms that the rapist can avoid his punishment in case he gets married to his victim.

In Iraq, the Penal Code condemns the rapist through life imprisonment, and temporary imprisonment for whoever has sexual intercourse with a female without her consent. If the female is not yet 18 years old, or if the perpetrator is of the same origins as the victim, he is sentenced to life imprisonment. However, article 398 of the law suspends all punitive measures if the perpetrator gets married to the victim, and also enables the case to be reinstated if the divorce was made before the completion of 3 years following the suspension of proceedings.

In contrast, the Qatari law does not include any provisions exempting the accused from punishment if he marries the victim. Article 198 of the Qatari Penal Code set the penalty for rape to 10 years’ imprisonment. As for Article 199, it established the penalty of raping a female under 16 years of age to 14 years’ imprisonment. If the offender is the victim’s teacher, her guardian or any person entrusted with her education or care, he shall be liable to life imprisonment. In the United Arab Emirates Federal Penal Code, Article 354 states that any person who has used coercion for sexual intercourse with a female or has had homosexual sex with a male shall be sentenced to death, and coercion shall be deemed to exist if the victim is less than 14 years old at the time of committing the crime.

In the Kingdom of Saudi Arabia, the situation seems to be different, as there is no penal code, which means that there is no definition of rape and no subsequent legal penalty. Accordingly, and based on the Islamic Law (Sharia Law) adopted by the Kingdom, the punishment imposed on those convicted of rape ranges from lashing to execution.

The absence of a penal code with clear content opens a wide door for different interpretations in such cases, which are subject to many secondary complications, which lead to the dispersion of the main issue, and focusing on legal obstacles such as the prohibition of intimate meeting between a woman and a man, if they are not bound by legal bond, and condemning the victim. These contradictions have emerged in the “Qatif Girl Case” which has sparked widespread international criticism of the Saudi Judiciary over a Saudi court’s sentence to jail and inflict 200 lashes on a female victim because she was in a car with someone with whom she has no family bond, which meant that she was in an “illegal intimate setting” that lead to her being kidnapped and raped by 7 men.

However, although there is no law imposing the marriage of the victim to her rapist, as is the case in Bahrain, Kuwait and Iraq, the reality of the situation has pushed a series of cases that are not fair to the victim, to float on the surface, especially concerning the rape of domestic workers and the surrounding dealings and procedures that abolish the victims’ rights to track and prosecute the offenders.

Between the legal declaration of the perpetrator’s impunity and the societal customs that helps the employer triumph at the expense of the domestic worker, it seems that there is still a long way to go before women’s legal and human rights become fair, and before rape is considered a case not to be taken lightly by the legislator, and for the marriage of the victim to her abuser not to be considered an ideal solution to end the problem while forgetting that what is built on false grounds is false in consequence. The governments’ narrow view regarding such issues makes them consider that the adoption of this marriage as an “advantage” with which the victim should be rejoiced, since it enables her to have a legal contract that proves that she is married, which protects her from the society’s view, forgetting or ignoring her raped humanity and her abolished future.

What is interesting behind the laws that guarantee impunity for the aggressor in Bahrain, Iraq and Kuwait is that the law did not take into account the social specifications of these countries that are dependent on labor from countries that are different in their ideologies and customs, and in view of such differences it would have been much better to look more wisely at issues where marriage is not a solution, but on the contrary it is escalating and aggravating a situation that is fundamentally wrong. The rapist, even if he fits all conditions of parity, cannot be a suitable husband or a virtuous father, nor even a honorable son-in-law.