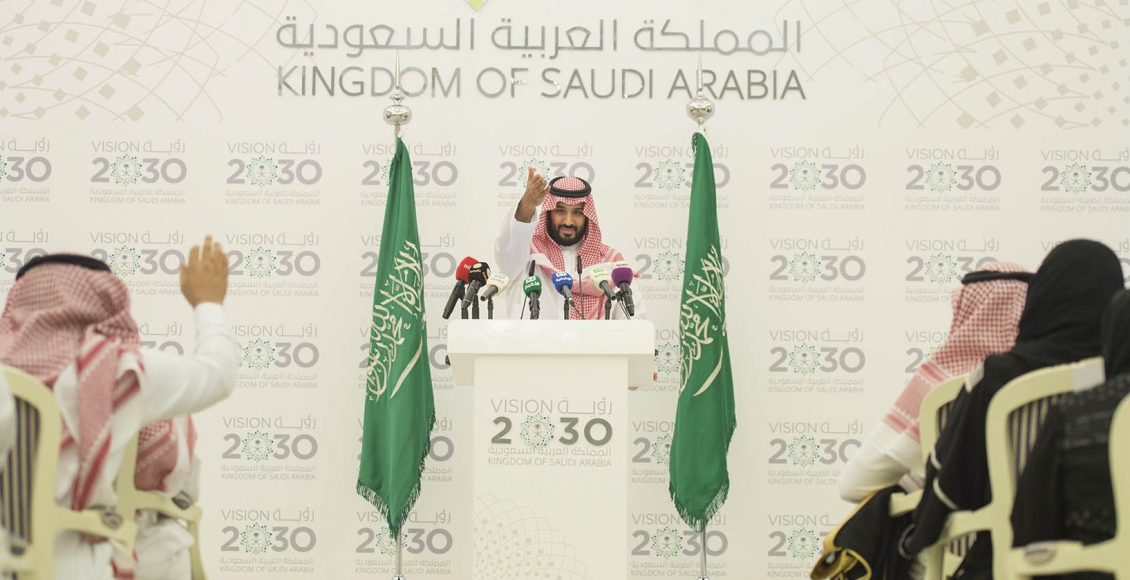 The vision for 2030 which was launched by the Saudi Crown Prince Mohammed bin Salman, awoke hopes that have long been buried in the soul of Saudi women. Especially since the young prince’s comments ahead of the deployment of the visual details asserts that it includes a series of decisions and reforms related to women and that the kingdom is moving towards giving Saudi women rights that they have been struggling to gain, while their counterparts in neighbouring countries have been enjoying these rights for decades.

The young prince, whose perceptions seems to differ in the management of economic and social files, stressed in his interview with “Bloomberg Markets” magazine that “Women have rights in Islam which they have not gained until now”. This opened the doors to interpretations and raised the hopes of many that the vision could include bold decisions on the subject of women’s rights. Yet the future vision’s declaration did not represent any details on such matter par the single decision to increase the percentage of women’s participation in the labour market from 22% to 30%, accompanied by assurances from the Crown price that such decisions should stem from within the community.

Relaying on social changes does not seem an ideal solution for Saudi women whose top list of demands is the subject of granting the right to drive cars. Empowering women must be accompanied by courageous decisions of policy-makers. Saudi society is a conservative society, characterised by a complex formula controlled by tribal thought in addition to the hard-line Wahhabi ideology, relying on societal change in thought and composition cannot bear fruit. Given the history of the Kingdom, one notices that the biggest social change occurred as a result of the discovery of oil and the petrol boom which contributed to the change of life style through various elements; most notably education but it did not succeed in changing the position of Saudi women greatly in comparison with the situation of women in other Gulf states.

The scholarship system too, does not seem to be able to achieve social change as required or expected of it. Saudi scholarship holder whether in America or Europe throws every democracy, equality, social justice and the principles behind his back as soon as he sets foot in his native land. The woman of course can’t travel on such missions without a ‘mahram’ (legal male guardian) and she also abides to the dictates of community and traditions that have long been followed and those that rebel or don’t follow this path is still considered an ‘outcast’.

International experiences and even the Arab and Gulf ones confirm that women’s rights and freedom of movement, work and self-determination, are not always a result of the women’s fight and struggle for these rights but by convincing decision-makers of the role of women who after all represent half of the society . It does not seem improbable that the development process will be successful in the Kingdom of Saudi Arabia, In light of the reality of it as it is excluded from a major component of the community. This was consequently confirmed by the third man in the kingdom and the leader of the future vision, ahead of the official announcement about it, as he pointed out that “the country can’t prosper when it is limiting the rights of half of society.”

Emphasis on lifting the participation rate of women in the labour market, does not mean things are heading towards empowerment economically, politically and socially, especially as the reliability of the societal change and its ability to grant acceptance that women be given their rights, which would enable women to play active role at both social and economic levels, this though does not seem an ideal solution for such conflicting case.

When we compare the future vision of the Kingdom of Saudi Arabia to models of future plans for neighbouring countries such as Bahrain and Qatar, for example, we note that women are at the centrepiece with the emphasis and assurance on their empowerment, although women in these countries enjoy a range of privileges which Saudi women are far behind in, but nevertheless they are still granted set of privileges and are even provided with opportunities to progress and occupy a better place continuously.

The empowerment of women is not achieved via an increase in the proportion of their participation in the labour market, this ratio does not necessarily mean that women enjoy their full right to work in all sectors and it also does not mean that they have gained their usurped rights. Increasing rate the of Saudi women’s participation in the labour market must be accompanied by decisions that provide a suitable ground in order to prove themselves and possibly break into new areas that were previously banned. Amongst these rights is the ability to drive, as transportation is one of the most important reasons for the reluctance of Saudi women to work in some sectors in addition to being subjected to being under the ‘power’ of ‘mahram’ (legal male guardian) who controls even the issuance of identity card.

Many obstacles stand in the way of Saudi women’s emergence and the fulfilment of leadership roles that consequentially increases women’s inferiority in comparison with those in neighbouring countries. The most prominent of these constraints are the stricter laws and regulations that although in theory are meant to ensure the right to work but in reality they prevent the development of women’s role at an economic level. Discrimination against women remains far more dangerous than the absence of regulating laws or lack of clarity.

There is no doubt that the Saudi Crown Prince Mohammed bin Salman is well aware of the key role that women play in all future and development plan for the country, which is what seems to be coming across from his statements to the press but it is also clear that firm restrictions must be broken to benefit from women within the development project of the kingdom, which is tipped to accelerate economic reforms and postponement of sensitive files to a later stage in light of consensus that main obstacle which stands in the way of women is basically a Social one.

Realistically, the future vision of the Kingdom of Saudi Arabia for 2030 did not provide anything new for woman, as it did not achieve her dreams and hopes for the courageous decisions by young prince who some have described classified as a liberal soul, yet all it will achieve is the strengthening of the community’s authority over woman where she is once again hostage to changes that may or may not come with time.