Turkish Failed Coup d’état, will it result in a coup in the Arab-Turkish relations? 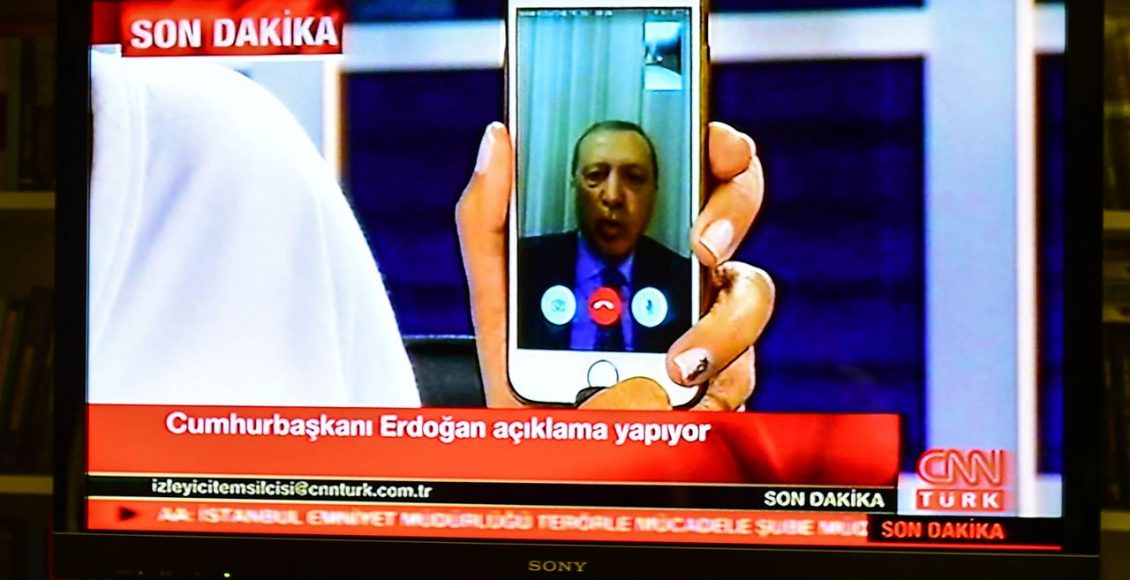 On a Friday evening in July 15th 2016, the region and the world were on a date with one of history’s revealing moments; a reminder that the paths taken by the international political movements and their vital forces are dubbed mainly as vulnerable and fragile towards history’s twisted games, where unexpected players and events may push the history movements out of its initial course.

For a few hours and amid an atmosphere similar to September 11th, world capitals held their breath in anticipation following the sizzling hours that started with reports of an ongoing military coup in Turkey involving tanks in the streets of Ankara and Istanbul, jets and helicopters shelling state headquarters,  closure of bridges linking turkey’s Asian and European parts.

The accelerated events peaked with the issuance of a statement declaring that the army has taken charge of the country. The fogginess was cleared later on that same night, showing that the coup has failed, however the feelings of astonishment and anticipation and maybe fear among the officials and those concerned will linger for a while before it disappears and before they will be able to grasp what that night represented in terms of possibilities and consequences.

In the weeks that preceded the night of the failed military coup in Turkey, many analyss  and articles were issued (one by the writer of this article) warning that the likelihood of a military coup in Turkey has never been that high. Most of these writers, have taken into consideration the complexity of the internal Turkish status, which should eliminate any empowering component that would make a military coup a realistic and achievable option. However, their perceptions relied on strong external signals backed with the urgent international and western needs for a drastic change in Turkey, which could push towards certain options, including the coup, in order to move on and accomplish more urgent tasks at hand, even if it was at the risk of engaging in an adventure that contradicts the prevailing complex internal status in Turkey; all of this while the different players that sponsor such an option are betting on the possibility of confining any fallouts that may arise within the Turkish borders.

And perhaps the reactions of the US, and other western countries, announced by the US secretary of foreign affairs during the coup, confirming its success. These reactions that withheld an acceptance of the outcome, without any condemnation or whining over the abortion of the democracy in the country, and which were considered by many as a sign of conspiracy and cooperation with the plotters of the coup; but most importantly, those same reactions revealed, even if only partially, the future direction of the international political strategy and gave a strong credit to the cautionary analysis issued before.

However and regardless of the weight of the external conspiracy theory, the main players in the coup scheme were local opponents to the “Justice and Development Party”, whether it was military personnel or civilians. In fact, the usual strains between the “Justice and Development party” and Erdogan on one side and hardcore opponents in the army on the other, witnessed lately an increased tension; and maybe it can be affiliated with a large sequence of failures and internal and external crisis which resulted from the party and Erdogan, the head of the state, including policies, that antagonized bluntly large components of the Turkish people, including secular leftists and nationalist, and the majority of the Kurds and Alawites. All this along with western and international impatience toward the external policies adopted by Erdogan and his party which resulted in deterioration in the general conditions of the Kurdish region.

These factors all together pushed the rebellious members in the army to sense, what seemed like a local and international environment willing to embrace their plot for a coup.

The coup silenced in its cradle, the survival of Erdogan and the “Justice and Development Party” from a doomed fate which seemed imminent for moments, and the subsequent retaliatory actions against those allegedly involved, their sizes and forms, and the fear of its consequences has raised the concerns that accompanied, and still are, the event, in addition to the actions and the publicity stunts of Erdogan supporters inside and outside of Turkey, which aimed to send messages of their strength to all parties.

Although Erdogan turned the page on the military’s second attempt to overtake power, however, the attempt itself just like any other political shake, had many repercussions in several places, most importantly in the Arab world.

It seems that a military coup scenario in Turkey was not a part of the Arabs’ Forecast for Turkey. Beside, the whole incident was too short for any significant signals that contradicts with the official position in the Arab capitals opposing the coup in Turkey, including Damascus, which few days before the attempted coup, witnessed a noticeable improvement in the relations between the Assad regime and Ankara.

Moreover, there has been some information about a  (yet unclear) role for the Iranian Intelligence, in supporting Erdogan. The credibility of such reports were strengthened by the clear Iranian opposition to the coup.

The status of any different analysis of the Arab and regional positions from the incident won’t get past that of a mental pastime that will require quite a long time to be proven right.

The failed coup has granted Turkey the chance to broaden its horizon in terms of reviewing the geopolitical map  that includes them to  reconsider their choices, perhaps they might notice that they have missed something before in terms of long-term goals regarding their alliances and rivalries in the past years.

Regarding Gulf states, excluding Qatar for obvious reasons, KSA and UAE, despite being major economic partners with Turkey and supposedly among its allies in a number of the regional conflicts, seemed highly adjustable (not to say welcomed)to any shift in power in Ankara; especially that their primary priorities in the Middle East correlate with those of the United States.

Moreover, the ambiguous openness to Israel from both KSA and UAE, indicates future possibilities based on new fulcrums in the region, where Turkey is not the first candidate. Also, the different approaches these three countries have regarding multiple subjects, regardless of the differences ‘level, such as: the Muslim brotherhood, the Gas File, and Turkey’s alleged ambitions in the region, all of these ought to give way to assumptions that may not necessarily reflect the official standpoint, in each of KSA and UAE which believe that a course of events that will remove the Islamist Turks from the power and replace them with other parties less-inclined to get involved in the Arab and Islamic region’s affairs, ultimately provides a convenient formula in their relations with Turkey.

On the other hand, and despite what was planted between Turkey, Syria and its allies in the past few years and even with the Syrian, and possibly the Iranian relief  which could result from a dramatic event in Turkey, the coup for example, which could distract, and hopefully push Turkey to reconsider its policies in their favour. Yet still, jumping to conclusions and affirming that the Syrian – Iranian Axis and its allies have great interest in overthrowing Erdogan and its party is quite hasty.

The Iranians along with the Russians, are aware of the consequences of having the right wing nationalists in power again in Ankara, as well as the policies that they will adopt if they rule and in their international alliances; therefore, they prefer a Turkish ruler, annoying as he may be to both Iran and Russia, however is keen to keep a room for manoeuvre, such as Erdogan, and what he represents, over a ruler that will turn Turkey to a western and American base in the Northern and Southern borders of Iran and Russia, respectively.

The Syrian regime, which is hard to assume  that he is a decision maker amongst its allies , is betting on the positive improvement that have resulted in the Syrian-Turkish relations before and after the failed coup,  and military accomplishment  of his and his allies army, will result in a breakthrough in the Turkish approach towards the Syrian war. And chances are that the coup incident will accelerate the attempts to reach this outcome.

While it still early to assert the post-failed coup changes in the Turkish policies, noting that any attempt to foresee where the Turkish relations with the regional and international parties will land, will need a practical field where different hypothesis can be tested, and a wildly active field such as Aleppo can be the door to read and detect changes in both directions. As  analysing what is happening in Ankara requires shedding light on Aleppo, as it will be a compass for the position of all the players in the region, and  will  Judge whether the failed coup has resulted in a coup in the Arab Turkish relations or if it has strengthened the Turkish current alliances and positions… Let us just wait and see!