Yemen and the Gulf… Who can ride the raging lion? 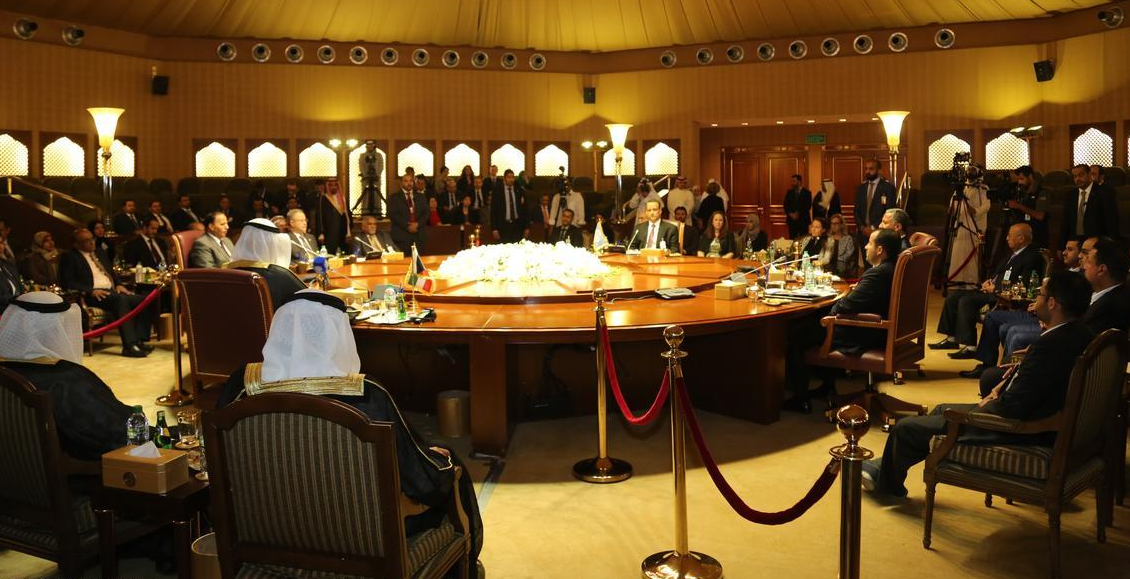 Till this moment the negotiations between the Yemeni parties in Kuwait aiming to discuss the possible paths to reach an agreement for a ceasefire between the warring forces  failed in reaching any real achievement, or in acknowledging a draft to launch serious procedures toward a political compromise in the country  in any of the files in question, the thing that would have helped in breaking the state of frustration and boredom which haunted the entire peace process since it had started. Moreover, the presiding poles and parties of this dialogue have not succeed in clarifying  any suggested path toward the political process they seek, whether discussing aims for a unified Yemen or  if options like separation or confederation are being considered.  However, no matter what  the results of the kuwaiti dialogue are going to be, based on the daily fighting developments and the hidden desires of  the different sides, it seems quite obvious that there is no real hope for any near solutions, and even if  possible suggestions were provided their effect will not get pass the limits of the negotiation rooms.

Unlike any  past or current struggles in the region, the Yemeni war happens to be the first in which the regional forces are involved without any real intervention from the major Western states.  The United States and the European countries, which have always took sides in the Middle Eastern wars, have now withdrawn from diving in the mud of the Yemeni swamp, and settled for expressing their concerns, and perhaps confusion toward the whole dramatic events, but still they had shown a necessary and clear bias toward their allies in Saudi Arabia and the Gulf in order to compensate for the nuclear agreement with Iran, in hope of reducing Saudi Arabia and other Arab Gulf countries’ anger, and motivated by the arms deals’ opportunities emerging with the launch of the ”Decisive Storm” military operation.

As for  the local and the regional forces involved in the struggle, they have thoughtlessly provoked each other to fall in black holes that they can’t back-out from. The two fighting camps that orchestrated this battle as well as all its complexities and the current alliances between the members of each axis are still led by the delusions of crushing their opponents in the other axis and then betraying their close allies by getting rid of them.  This conclusion can be easily deduced from the fact that the map of the current local alliances has been drawn by the Yemeni war, and the end of the war will necessarily invalidate these alliances and open the door to new confrontations that call for new targets and different alliances, and as a result Yemen will be  lost in a new maze.

Lately, Several contradictory statements issued by Emirati officials have declared the ending of the military missions of the Emirati forces involved in the Islamic Arab coalition led by Saudi Arabia aiming to militarily overthrow “Ansar Allah” and their allies from “The General People’s congress” led by the former Yemeni president Ali Abdullah Saleh.  Regardless whether these Emirati statements show the real Emirati attitude from the current situation in Yemen or not, and taking in consideration the leaked  statements issued by officials from the Saudi governing family, in which they express  their frustration from the Yemeni war, which reflected an atmosphere of disappointment and even distress dominating the vital components of this coalition, especially that the Gulf states’ human and material losses in this war, as well as the damage caused to their reputation on the diplomatic and human rights level in all the international media, have reached a level that no longer can be endured, together with an international discontent and anger on the popular and official level caused by the brutality of the Saudi air strikes on civilian targets in Yemen.

The Saudi Arabia and the United Arab Emirates, which both are considered the main components of this coalition,  are sensing that their military adventure in Yemen has reached a deadlock and that their prior expectations weren’t realistic. Their local Yemeni allies have no actual effectiveness in the military situation facing the Houthis, and their failure to preserve the “liberated” areas and establishing their control over them is so obvious.  Also the Saudi-Emirati differences in their own evaluation of their Yemeni allies have floated on the surface. It was considered by many as one of the hidden motives behind the declaration of some Emirati officials of the cease of the Emirati military operations.  On the Saudi side,  one of the dilemmas it has faced was discovering the fragility of  the influence  of the current president Abd Rabbuh Mansur Hadi both on the popular and logistic levels, which revealed his inability to carry any real futuristic vision to build the new post-war Yemen. However, being the carrier of the “Legitimate President” title seems sufficient to prevent the Saudis from getting rid of him, at least till a new  road map  for political solution is drawn.

In addition, the Saudi Arabia view for any futuristic vision of a political solution in Yemen is mainly based on several local Yemeni choices ranging from The Yemeni Congregation for Reform (Al-Islah), the Yemeni wing of the Muslim Brotherhood organization, and its tribal extensions like Al-Ahmar tribe or former officials in Ali Abdullah Saleh’s regime like Mohsen Ali Al-Ahmar, to the Salafist movement, or the dissident group that withdrew from the General People’s congress.  This is where the Saudi Arabian and Emarati views for the future of Yemen diverges.  The United Arab Emirates, and regardless of the  realism and possibility of achieving its aims,  rejects any possibility  of  future cooperation with the Muslim Brotherhood organization in the post-war period while it pushes forward the choice of Khaled Bahah, considered to be its closest ally, as the future presidential  candidate  of Yemen without clarifying exactly how Mr.  Bahah will be able to rule the country.  However, this inability to bring success to the Saudi and Emirati policies in Yemen can be easily explained when taking in consideration the exaggerated enthusiasm and haste atmosphere which overwhelmed their reasonable prospects during the planning period  before waging the war.   But, unlike the Coalition local allies in Yemen, the “Ansar Allah” organization, along with its allies in the General People’s congress showed an effectiveness in the military field that surpassed by far the performance of their local rivals while their success in invading the Saudi territories together with the immense losses they caused to the alliance soldiers, especially the Saudis and Emiratis has prevented the “ Decisive Storm” crusade from achieving its main goal of ending the Houthis and taking back  the territories they had captured and governed since March 2015.  Still, whatever were the Houthis motives behind taking over the whole country, and setting aside the consecutive failures of President Hadi in administering the internal affairs as well as the seclusion he self-locked himself in, in addition to his complete dependence on the Saudi support in particular, and his endless attempts to  weaken his allies before his enemies and conspiring against them. and while  the Houthis took it as an excuse to launch their attack on Sana’a and other Yemeni territories), however they actually aggravated the crisis in the territories they occupied and did not achieve any real success in providing any solutions that would bring forth comfort and prosperity to these regions. Moreover,  their success in occupying Aden and the later success of the coalition in taking it back has led to a dual power in Aden and Sana’a, that can lead to deepening the rift in the country, and whose negative effects will last for a long period and will become a major factor in internal feuds whatever the political solution might be, especially that the possibility of a complete and final victory is not an attainable option for any of the fighting forces, since new parties in the South like Al-Qaeda and ISIS have started to interfere, which mean that a third side might enter the scene with its own agenda, thus aborting any agreements, if it ever happened, between the two main parties.

There is an ancient saying that “riding a raging lion is easier than governing Yemen”,  but still it’s nearly impossible for the most eloquent authors to find the appropriate expressions to describe the scenery of the current situation in Yemen and how it might develop, as there are many diverse perspectives to analyze the details of the Yemeni war and give it an accurate title accordingly. Whether it should be considered a Saudi-Iranian feud, a sectarian struggle, a Southern war of independence, or a Northern invasion of the Southern territories. All in all it reveals a wide mosaic composed of diverse, scattered components of the country, and it is definitely impossible to alleviate its contradictions and consort them, for the regional, territorial, and tribal coalition which has been the basis of the political regime in Yemen since establishing the unified state, and after all the failure and deterioration in the general situation caused by the financial and institutional corruption which is protected by its political class, as well as intensifying the sectarian and regional divisions issued by the governing elite whose manipulations centered around intriguing conflicts between the primitive identity components of the Yemeni citizens, has reached the point of imbalance which will lead to the dismembering of all the elements that preserve the unity of its governing establishments, thus initiating a scattering of the components of the Yemeni state which will make the Yemeni crisis explode in the face of its people and the neighboring countries.