Iraq and the dead-end road to political resolution 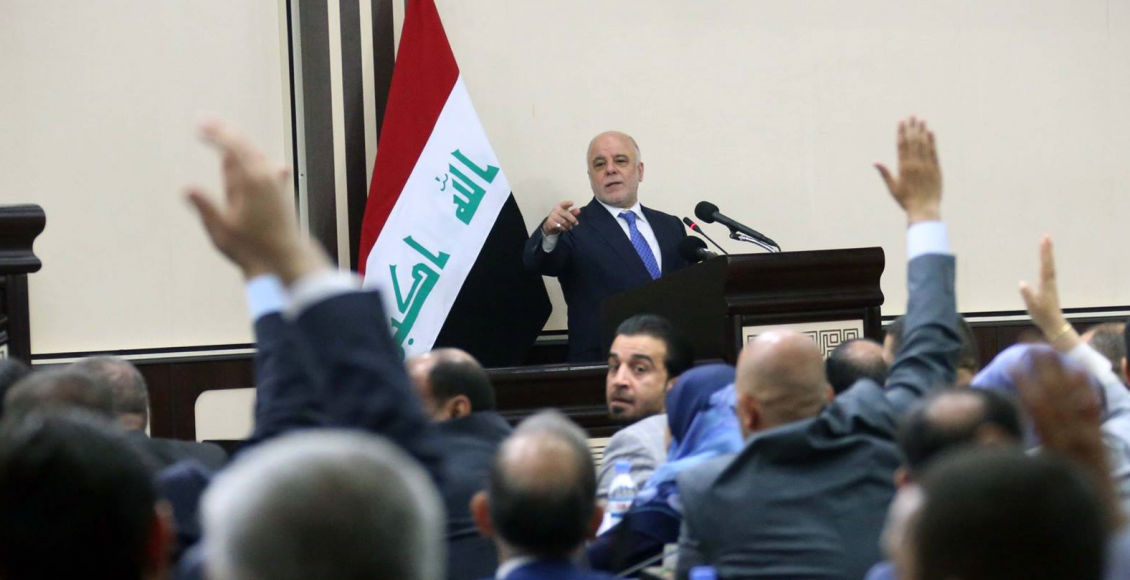 Over the past two years the core foundation of the Iraqi Shiite camp was shaken more than once following the impact of events and alterations occurring in the political scene and balance of power among political players, diminishing the role of some and opening the door to newcomers to the scene. At the time, the results that granted the former Iraqi Prime Minister Nuri al-Maliki the parliamentary majority and the constitutional right to form the government were considered a victory for the new Shiite political forces in face of the traditional religious authorities.

However, the anti-coalition formed by the remaining political and religious parties and who pushed toward depriving al-Maliki from a third term, partly succeeded in its goals by  excluding al-Maliki from the prime minister position, and thus re-shuffled the cards inside the Shiite camp, and sparked a crisis whose chapters continued to follow. Also, the representation of Shiite political forces inside the Iraqi parliament following that election established a situation of malfunction and imbalance in the political system, at least inside the Shiite camp, caused by the difference between the real weights of the political forces in the street and their representative quotas in the parliament. And perhaps, this introduction can play the role of a starting point to keep track of the political movement that stands behind the recent protests, in particular Moqtada al-Sadr and his followers.

The Shiite leader Muqtada al-Sadr declared himself after the election results the spearhead of the attack on al-Maliki, in a turn against the ambiguous alliance between them, whose signs started to show before the election. al-Sadr entering the line and fiercely taking the lead of the battle to exclude al-Maliki necessitated a quick Iranian intervention to contain the repercussions of the crisis and to prevent any further rifts inside the Shiite campaign, thus sacrificing the constitutional right that grants its first Iraqi ally Nouri al-Maliki the right to form a government, and declaring its support for the fragile coalition leading to the nomination of Haider al-Abadi, the nominee of the Islamic Da’wa party for the prime minister position. However the anti-Maliki Shiite coalition led by al-Sadr, considered that the priority was to dismantle the Pro-Maliki system from the Iraqi official bodies since it embodies the corruption and mismanagement in the state, a system which al-Maliki set and developed since he first became the Iraqi prime minister in 2006, by allocating position of power and privileges in different sections of the state apparatus for his allies and those close to him. Moreover, the significant decline in oil prices, that represents almost the only source of income in the country, the resulting aggravation of the economic problems, a budget deficit reaching 25%, and the fall of Mosul in the hand of the Islamic state in a shocking scene fanned the flame of the official and popular anger toward all what was happening, increased the tension among the different parties, and contributed to the charged atmosphere which led to the recent protests earlier this year. Before the February 2016 protests, the Prime-Minister-designate Haider al-Abadi adopted a neutral stance toward the polarized state between al-Maliki and his allies on one hand, and the opponents camp led by al-Sadr on the other. However, under the pretext of responding to the protests in the streets, his position became closer to that of al-Sadr camp, the thing that helped reaching consensus over the formation of a government of technocrats from the competent elite in charge of pulling the country out of the crisis.

Although this government received the support and the endorsement of several religious and political parties, most notably the Shiite Islamic Marja’ Ali al-Sistani, al-Maliki, and Moqtada al-Sadr, the Sadrist movement leader, who ended the two-weeks-strike carried by his supporters front of the gates of the Green Zone, however it has angered other parties of the front that backed al-Abadi for the Prime Minister position, especially the Islamic Supreme Council headed by Ammar al-Hakim, who own a large parliamentary bloc in the current Iraqi parliament.

The rift within the Shiite camp deepened after al-Abadi failed to pass the technocrat government, both in its first form or after the subsequent modifications which made it a multiparty technocrat government as an answer to al-Hakim demands. The religious authority in Najaf, in what many observers interpreted as a reflection of its frustration and a retreat from endorsing al-Abadi, announced that it will no longer give its weekly political statement regarding current affairs. Also, al-Abadi’s hesitation and his failed attempt to satisfy all parties has backfired.

As for al-Sadr, and in attempt to dominate the Shiite popular street and proclaiming himself its ultimate leader, he appeased the demands of the recent protest movement to the point of hyperbole populism and extremism which does not leave any space for political action, and it is impossible for al-Abadi to adopt or keep up with.

Moreover al-Sadr was able to attract a good portion of secular and nationalist Iraqis, now that his differences with Iran has surfaced, coupled with his history in resisting the American occupation, especially since he worked hard in the last two years on presenting himself as an Iraqi nationalist leader who went past the sectarian limits, In spite of all the show-off enormity in his quest to lead the protest movement. Besides, the course of events shows a possible imminent convergence between al-Maliki and al-Hakim, which could lead to an agreement pushing toward removing al-Abadi and replacing him with another candidates whose political problem is limited to the preparation for the 2018 elections, and so al-Abadi and his Allies’ struggling attempt, which many parties felt threaten by in the past two years, will be buried once and for all.

In addition to all this, the preparations for the liberation of Fallujah, which aimed to  dismantle the most important stronghold of Sunni Jihadist in Iraq, has turned into a symbol for Shiite and national alignment, giving the new Shiite militias entering the Iraqi scene to reap more popularity and legitimacy for its political and military role, which means new Iranian power in the Iraqi scene due to this groups direct subordination to Iran, whether by strengthening the presence of these militias in the scene, or by Iranian pro-forces taking over various states agencies, especially since the Popular Mobilization Forces, which was formed from Shiite militant factions has been adopted as a reserve Military force under the government’s command.

The political Shiite class, in the first years that followed the US invasion of Iraq, took advantage of the international support it has gained, in addition to the financial receipts that flowed from Oil sales, and was able to provide through the new political system, mechanisms to contain and absorb wide Shiite social sectors, however, under the weight of international changes, new players storming the Iraqi scene, the escalating financial crisis, and the popular fidgetiness caused by the performance of this class. These mechanisms became weakened and unable to perform its previous role. Now, the new Iraqi generations which were not around in the years when the profits were distributed have stormed the squares, the streets and even the “Green Zone” in an effort to secure their own destinies in a country is begging for its own fate to be secured.