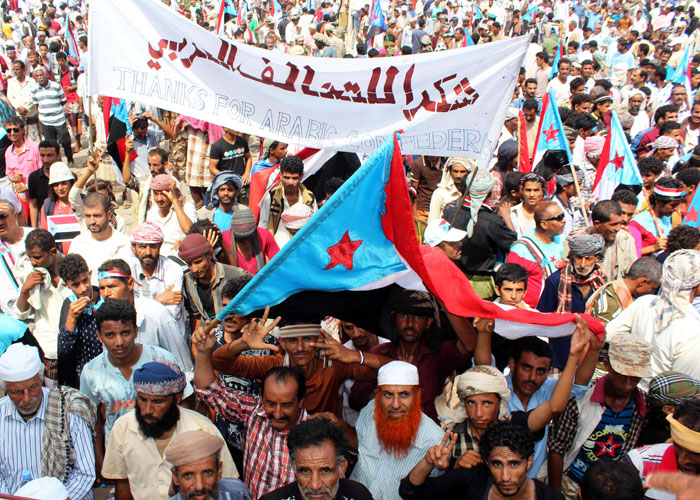 The idea of an independent South Yemen was revived in the context of the summer war of 1994, launched by Ali Abdulla Saleh against his political partner in achieving national unity. The war brought about devastating consequences not only violating the rights of citizens, especially those in the southern region of the country, but also, and most disastrously, destroying possibilities for national unity.

Some Yemeni political forces called for restoring the unification project. However, Saleh rejected these demands and continued his repressive policy in the south, provoking greater popular resentment. In response, a popular movement called the Southern Separatist Movement or al-Hirak emerged, demanding the end of the political and economic marginalization of the south following the 1994 war. The movement soon met the repressive regime of Saleh and, as a response, sought secession from the Republic of Yemen. Soon after, numerous demands for an independent southern state followed, with some camps of al-Hirak calling for restoring the former state of South Yemen and others emphasizing the non-Yemini roots of the region and the necessity for a separate Arabian South.

The 2011 revolution succeeded in uniting Yeminis to overthrow Saleh’s regime and establish a civil state that would guarantee a just solution for the southern case. However, the failure to provide an effective and unanimous solution and the escalation of the revolution to an armed conflict pushed many southerners to opt for secession rather than a unified Yemeni republic. In addition, the transitional government under the leadership of President Abd Rabbuh Hadi did not seriously address the situation in the south, normalizing relations between North and South Yemen and ignoring the marginalizing effects of the 1994 war on the south. Moreover, the political parties that participated in the national dialogue, including al-Hirak, only proposed partial and inadequate solutions resulting in a proposal for a federal state consisting of two regions and another of six regions headed by President Hadi.

The failure of the transitional government and the national dialogue to address internal problems, leading them southern grievances against the north did away with a potential solution for the marginalized south and led to increasing social tensions. Soon afterwards, al-Houthi and Saleh militias took over the city of Aden, causing the death and displacement of many southerners. This further exacerbated the situation, renewing demands for total independence and setting the stage for different forms of regional fundamentalism. Indeed, many southerners did not view the local conflict as a political struggle between a legitimate authority and a revolutionary force. Rather, they interpreted the war as a form of occupation of the south by the north and a re-enactment of the 1994 war scenario.

The military intervention by the Arab coalition forces in Yemen added a new variable to the struggle for an independent south. This new development has opened a space for regional players to shape the future of Yemen, which is no longer solely in the hands of opposing local parties. This was especially evident with the success of the Arab coalition, most specifically Saudi Arabia and the United Arab Emirates (UAE), in liberating the city of Aden as well as other cities in the south.

Since the outbreak of the war, the UAE has maintained its position in southern Yemen, asserting its new role as a regional trustee and seeking to realize its own interest in the region by mobilizing local help and support. To this end, and not in support of the right of any group for independence, the Emirates has used separatist ambitions to its own interest, supporting some camps of al-Hirak financially and through the media and backing southern calls to expel northerners from Aden. By aligning with such extremist policies, the Emirates aims to place the city of Aden under its actual management. In the meantime, Saudi Arabia has dealt with the separatist quest in a more skilled manner, mobilizing the struggle for independence according with its own progress in the battlefield and its agendas in Hadhramaut and north Yemen.

As such, the war in Yemen has turned the plan for an independent south from a popular demand to a political gain for Saudi and Emirati agendas, converting some camps of al-Hirak to regional tools as the movement altered the policy it had followed since 2007. Initially, al-Hirak was born out of a popular demand for an independent South Yemen expressed through peaceful demonstrations and other local means. Regardless of our opinion on the movement, it represented a southern choice and did not emerge from a regional intervention in the marginalized south. However, following the war, the separatist struggle, rather than drawing from southern grievances, has become part of regional agendas that aim to undermine prospects for national unity, using the quest for independence as a political tool to pressure the current government or any upcoming political authority.

In the context of such developments, the Yemeni government fell short of fulfilling its national responsibility towards the south and merely followed the policy of former president Saleh in addressing southern grievances by denying them, buying the loyalties of some southern leaders, or increasingly delaying discussions of north-south tensions. With the regional intervention in country, the Yemini government forsook the southern case and handed it over to its regional allies. This explains the elimination of the southern struggle from the Yemen Peace Talks in Kuwait and confirms the insistence of the current government and its political parties to isolate the separatist struggle from its national context.

While the forces of al-Houthi and Saleh celebrated the twenty sixth anniversary of a unified Yemen in Sana’a, disregarding their responsibility for tearing apart the national community; southerners refrained from any celebrations, refusing to recognize May 22 as a national day. Indeed, on the eve of the anniversary, the demands for restoring an independent South Yemen gained momentum and proposals for independence multiplied. These have ranged from a call for restoring the southern state to a proposal for a separate Arabian South and finally a federalist system that does not differ from other disruptive projects creating numerous conflicting Yemini states without addressing the root of the conflicts.

Many southerners believe in the legitimacy of the struggle for independence, but they have realized that it cannot be addressed by isolating it from its historical context of the 1994 war or by restricting its causes to the internal conflicts initiated by al-Houthi and Saleh militias. As such, it is imperative to recognize that the root of the southern problem stem from political rather than geographical reasons and that any proposed solution, even if it calls for total independence, cannot rely on old agendas or draw on a retaliatory response against northern citizens, as this could lead to a civil war in the south.

Indeed, throughout its history, the national movement in Yemen has struggled to achieve unity. Many of its leaders were killed and others are still held in the prisons of former president Saleh. For many Yeminis, national unity remains an emotional and valuable quest that cannot be tampered with despite the war launched in its name and the disruptive effects that has followed it. Yet, it is difficult to predict the survival of the unification project as the country suffers the devastating effects of the war and the sectarian rule of opposing militias and political parties. In a reality as such, a unified Yemen could mean not, as often said, two states of two peoples but rather several states of warring populations.