Can Qatar succeed in bringing the “enemies” together or fly away from GCC flock again? 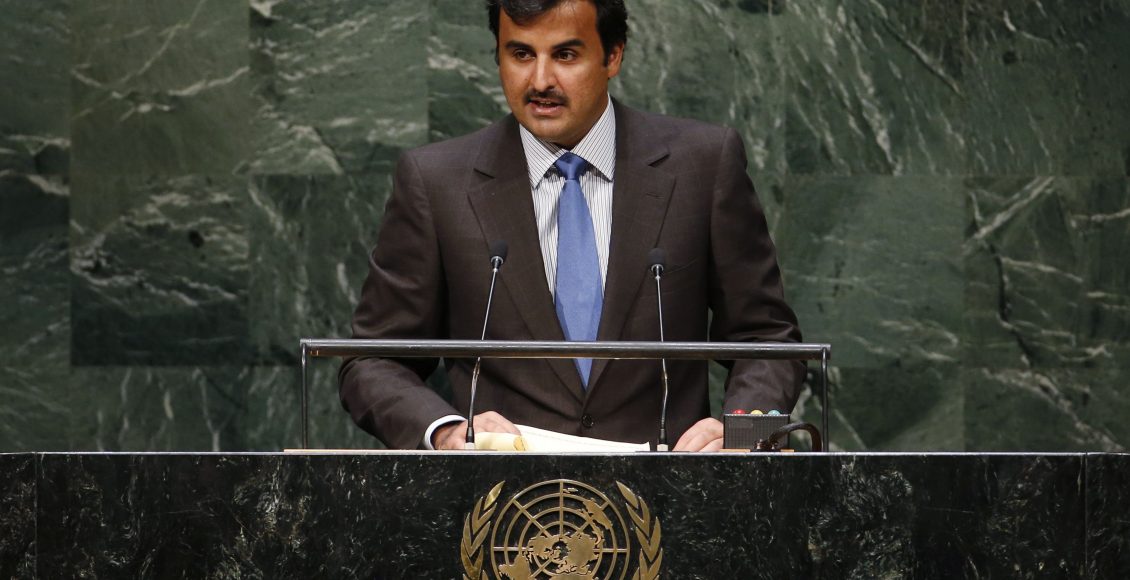 There is a difference whether the decision of having dialogue with Iran was taken after coordinating with GCC countries or it was an “individual” initiative.

A Qatari dialogue request and a threat of military intervention stated by its foreign minister are both in the hands of Iran.

After the agreement of maritime boundaries between Iran and Qatar, in the latter half of this October, a lot of speculations and questions, has emerged about the reality of Qatari attitude towards the Gulf enemy, Iran.

The announcement of the bilateral agreement stated that twelve meetings were held and the two countries stroke some deals, including an agreement on bilateral military training and that some of the agreements had already been executed. According the agreement, Iran has the right to intervene in the Qatar’s territorial waters and to block any terrorist act.

Although the agreement was not signed by high officials, it triggered questions about Qatar’s actual reasons for such convergence with Iran.

Speculations and questions became highlighted on Monday, September 2015, when the Emir of Qatar Sheikh Tamim bin Hamad Al Thani announced his country’s willingness to host a dialogue between Iran and the Gulf States in a speech at the 70th Session of the UN General Assembly. In his speech, he stated that the differences are based on political issues and not on sectarian ones. He also said that Iran is a very important neighbour and cooperating with it is for the interest of the region. Prince Tamim added that there is no Sunni Shiite conflict but political and regional differences which can be resolved through dialogue and agreeing on rules governing the relations between Iran and the Gulf states and he finished his speech saying it is high time for such dialogue between the neighbours and Qatar is willing to host this dialogue.

Analysts considered such bold proposal as an attempt to adjust the Gulf relations with Iran and perhaps to reach agreement.

Historically, Qatar comes second in having stable relations with Iran in the Gulf, after its neighbour, Oman. While most of the Gulf countries accuse Iran for intervening in their internal affairs, no real or serious clashes between Qatar and Iran have been witnessed.

Although Qatar has been military cooperating with Gulf countries in Yemen and Syria, it continues highlighting the importance of dialogue for the interest of the region especially after Tehran landmark nuclear agreement with the West. The agreement strengthened Iran regional presence and it was clear that USA, the traditional ally of the Gulf countries, will bow for Iran’s provisions in the region.

Can Qatar play the role of the harmonic partner between Iran and other GCC countries, except for Oman, which already has good relations with Iran? Will GCC countries, led by Saudi Arabia, let Qatar step forward regionally? In fact, it has not been a long time since GCC countries’ relations with their “nagging” sister came to normal, as not long ago, three countries decided to withdraw their ambassadors from Qatar. Although this raised many questions about the reasons for such actions, the state of rising tension was very clear.

GCC countries justified their recent attitude towards their sister as a result of Qatar’s commitment failure to GCC’s principles and agreements. It was, yet, very clear that these steps were made to discipline their sister after its financial and logistic support of Muslim Brotherhood in Egypt.

And now after things has returned to normal between Qatar and other GCC countries following the cooperation in Syria and Yemen, can they let their sister go astray again and engage in a counter- alliances ?

Are these steps taken individually by Qatar or they are a result of a secret harmonic understanding among all GCC countries especially after their disappointment with the USA support?

Undoubtedly, Qatar’s foreign policy has not always received the approval and the support of other GCC countries, and in particular Saudi Arabia. What is more, most of the time, Qatari ambitions have been always faced with either tolerance or toughness by its GCC neighbours.

On the other hand, Iran may not reject any efforts of cooperating with GCC, which is highlighted in its permanent willingness to restore the diplomatic relations after GCC countries, many times before, withdrew their ambassadors from Iran. Yet, Qatar’s involvement in Syria, which is against Iran, remains a big question. Qatar has also backed Saudi Arabia and Turkey against Iran and Russia. In addition to that, can Iran pass unnoticed the Qatari foreign minister, Khalid al-Attiyah, who told CNN that Qatar would not hesitate to back both Riyadh and Ankara militarily if necessary?

All things considered, in politics, differences are normal; friends can change into enemies and vice versa. Interest is the driving force in politics and the recent US-Iranian relation is an evident example.