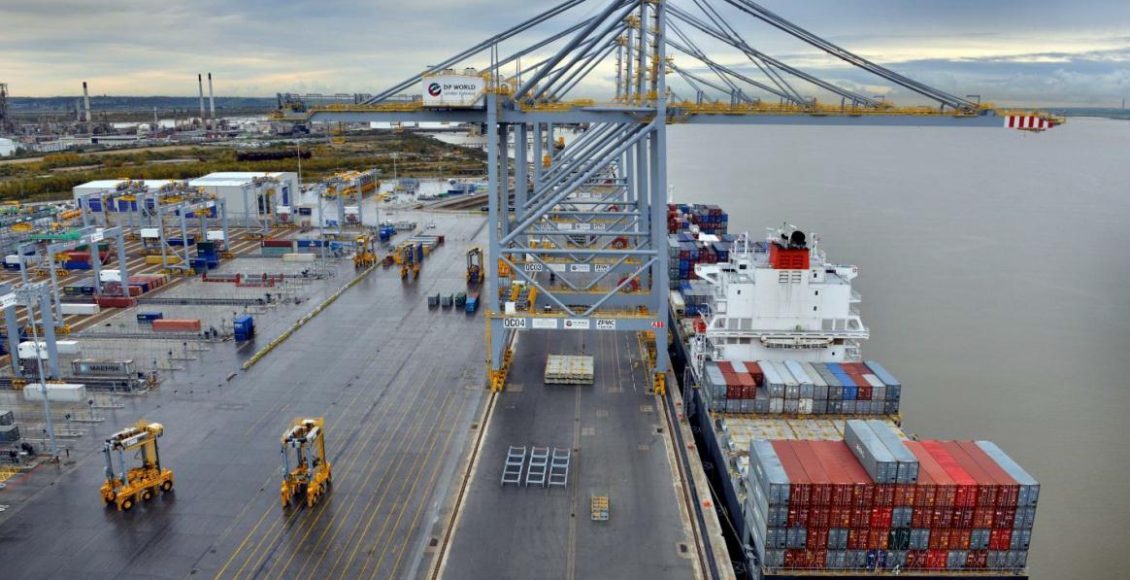 In 2011, the bilateral trade between the two countries reached its highest level by $ 23 billion

However, the Middle East has got unusual models; there are critical political issues between parties in the Middle East, but still , the economic and trade movements flourish between them. There are notable examples in this regard; including the UAE’s relations with Iran, which still occupies some of UAE islands. There is also the continued trade exchange between Egypt and Turkey, despite political tensions between them after the military coup in Egypt in July 2013, and opposition to Egypt’s policies by Turkey. Not to mention as well the volume of trade between Turkey and Israel in spite of Gaza flotilla Raid in 2009 in which Israel killed Turkish activists on board the Turkish ship, the Mavi Marmara.

The following show the magnitude of these relationships, which doesn’t go straight with the natural motives which are weaved between the economy and politics.

Occupation that does not prevent trade:

After four and a half decades of Iran’s occupation of three UAE islands, the UAE still represents an essential trading partner to Iran, especially after the imposition of economic sanctions on Iran by the United States, the United Nations Security Council and the European Union. The logical analysis that such as issue of this magnitude will certainly lead to the reduction of trade and economic relations between the two countries, but in the light of the available statistics, the trade exchange between the two countries during the years 2010 – 2014 reached $ 93.5 billion with an annual average of $ 18.7 billion.

2011 was the highest in terms of trade exchange rate between the two counties which reached $ 23 billion, then shrank after 2012 due to the expansion of economic sanctions on Iran by the United Nations Security Council to oppose the purposes of its nuclear program. Therefore, the trade volume decreased to $ 15.7 billion in 2013.

It is noted that the trade is usually in favor of the UAE, reaching an average of $ 12 billion after the success of the negotiations of P5+1 regarding the Iranian nuclear program as well as lifting the sanctions imposed on the country. It is expected, however, that the trade exchange between Iran and the UAE will rise by between 15 % and 20% in the first year after lifting the sanctions.

The lifting of economic sanctions on Iran may allow for a next phase of a greater role for the economic participation of the UAE through the development of ports and airports activities as well as getting more foreign investment via banks and other financial institutions, knowing that the UAE has its own expertise in such field both in the west and east.

The occupation of the islands is not only in a political dispute between the two countries; that is, there is the opposition of the Gulf in general regarding Iran’s nuclear program that shaped many years ago, and there is the alliance of the UAE with the Gulf against the Iranian expansion project, facing it directly in Yemen. Not to mention the conflict between the Gulf and Iran regarding its important role and support to countries like Syria, Lebanon and Iraq.

That did not prevent the field of cooperation between the UAE and Iran in regards to trading and other economic files. There is a large sum of Iranian presence in the UAE, especially in Dubai, where it is estimated by half a million residents. No to mention Iranian companies which are up to 36 companies, and investments in Iranian trademarks reaching approximately 368 brand.

What is striking is that the UAE preempt about 88% of the economic and commercial transactions volumes concerning Iran with the Gulf. Despite the dispute over the multi-political national and regional files, Sultanate of Oman did not receive this rate given due regard to its strong ties with Iran in the political level, and opposing the turns taken the GCC particularly when it came to the security aspect as they threatened to leave the GCC if Cooperation Council went on to develop forms of cooperation to a degree which might seem off-putting and that is due to its attitude toward Iran.

There are speculations excluded in the context of analyzing the trade and economic relations between Iran and the UAE in spite of their political differences and the Iranian occupation of UAE islands. Such readings in this regarding reveals that both parties are paving the road toward positive trade and economic relations to resolve the political conflict and put an end to the main crisis between the two countries, which is the Iranian occupation of UAE islands.

However, reality does not reflect any evidence regarding such readings; Iran has its own regional expansion project and sees fit that its occupation of the islands to be a strong support to the situation particularly confronting the international powers. Adding up, the UAE is betting in its struggle toward the liberation of the islands on an international level and institutions that cannot resolve the matter.

We can analyze the UAE position in the light of interest, specifically the loss of a part of its external economy movement. It can significantly affect the performance of the gross domestic product (GDP); that is, most of the UAE’s exports to Iran come as a so-called “re-export which creates the majority of goods exported to Iran from the free zones in the UAE considering its importance in depending on the frame of economic diversification, away from oil.

Those who observed the political relations between Turkey and Egypt after what the Egyptian military coup in July 2013, the trade between the two countries were thought to stop as the reduction of diplomatic representation and calling back the ambassadors as well as stopping the cooperation at the political level has certainly its own influence upon the commercial and economic relations.

But the reality did not reflect this conclusion; there was a continuous, lively trade between the two countries as the Turkish investments did not get affected in Egypt. Egyptians businessmen stated more than once that the link between the political dispute and the course of economic and trade matters must be broken and that was after the Egyptian government decided not to renew the RO-RO agreement that it had with the Turkish government. The agreement involved the arrival of trucks filled with Turkish goods to the Egyptian ports in the Mediterranean Sea, which concerns shipping of Turkish goods to the Gulf.

While the trade exchange between Egypt and Turkey amounted to $ 4.8 billion in 2013, it decreased to $ 4.6 billion in 2014. However, it is expected to increase during 2015, in which statistics indicate that the period of January-August 2015 would see the rise of trade value up to 3.5 million.

The most blatant example in the region is the Turkish-Israeli relations. In 2009, the bilateral trade volume was $ 2.5 billion. It rose in 2014 to $ 5.7 billion, and this increase was incompatible with the political dispute between the two countries after the deaths of nearly nine Turks on board the Freedom Flotilla trying to lift the siege on the Gaza Strip in 2009 especially when Israel attempted to end the political dispute with compensations without an apology.