A tale of two leaders 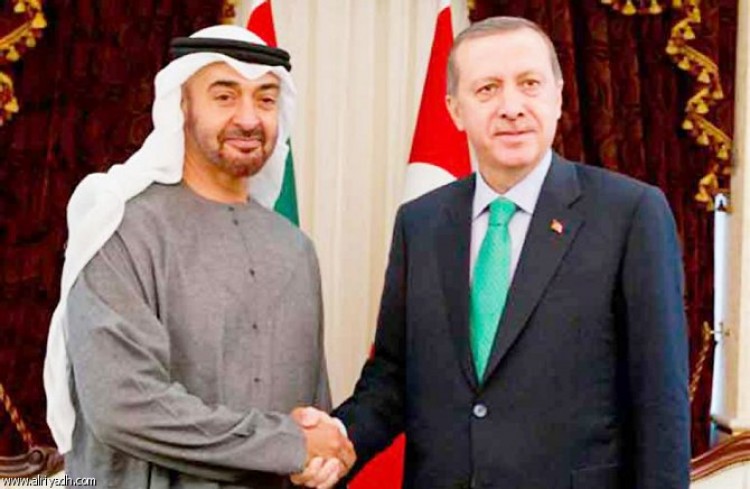 There is little love lost between Turkish President Recep Tayyip Erdoğan and the Abu Dhabi crown prince and de facto ruler of the United Arab Emirates Mohammed Bin Zayed. In the Middle East and North Africa the two are increasingly at odds as they both  aggressively pursue regional leadership ambitions.

A rebuke issued by the Turkish foreign ministry on the 30 April used language not previously seen. In a statement the ministry decried the UAE’s “destructive policies” and “hostile attitude” towards Ankara. “The UAE’s actions disrupting international peace, security and stability not just in Libya, but all the region, including Yemen, Syria and Africa, are well known to the international community,” a spokesperson said. Not only was the language strong, it represented an unusual departure from Turkish practice to ignore the Emiratis and their activities as not worthy of comment. And it had the following sting in its tail:

“We call on the UAE leadership to avoid taking a hostile stance against our country and to know its place.” It is that last phrase – “know its place” – that will have stung Mohammed Bin Zayed the hardest.

The Turks were goaded into action by a statement the previous day from the UAE which had saluted the Libyan warlord Khalifa Haftar, heavily backed by the Emiratis, while it condemned Turkish support for the internationally recognized Tripoli Government of National Accord (GNA). Haftar with his Libyan National Army (LNA) has, for the past year, laid siege to the capital Tripoli.  However thanks to the Turks, the GNA has turned the tide in recent weeks and scored a number of significant victories putting Haftar on the back heel and threatening the Emiratis’ heavy investment in him.

The statement from the Emirati Foreign Ministry commended the LNA for “conducting anti-terror operations.” The UAE takes the position that the GNA is a hotbed of Islamist terrorism because it has Muslim Brotherhood support and Mohammed Bin Zayed views the Brotherhood as the single greatest existential threat in the region.  That Turkey is supportive of the Brotherhood grates mightily on MBZ. That and the fact that the Haftar forces are reeling were uppermost in the minds of the Emiratis as the statement expressed “its categorical rejection of the Turkish military intervention.”

With the Turks upping the ante in Libya, there is increasing danger that the Libyan people are finding themselves caught in a proxy war between two leaders vying for ascendancy. Increasingly, as Haftar responds to his battlefield losses by shelling civilian targets in Tripoli, it is they who are paying the price for this contest of increasingly bitter rivals.

It has already played out in the Gulf.  When, in June 2017, MBZ and the Saudi crown prince Mohammed Bin Salman, supported by Egypt and Bahrain, launched their air, sea and land blockade of fellow GCC member Qatar, it was the Turks (and Iran) who came to the defense of the Qataris.  In the very early days when it seemed that the Saudis and the Emiratis might invade their small Gulf neighbour, the presence of a small Turkish military force in Qatar and the implicit threat that the Turks would respond militarily forestalled any invasion plans MBZ and the Saudis may have had.

Turkey’s continued support, buttressed by a broader military  deal signed in November 2019 ensures the security of Qatar as the feud  drags on.  When the Turks inaugurated a second base (the first was opened in 2015) President Erdoğan was there to announce that it was “a symbol of brotherhood, friendship, solidarity and sincerity.” And it was clear that without mentioning any names Erdoğan was sending a message to MBZ: “We have never left our friends alone in any period of history against threats and risks – and we never will.”

As if Qatar and Libya were not contentious enough, MBZ and Erdoğan have been jostling in Syria as well.  The UAE has thrown its hand in with Bashar Al Assad, assuming, probably correctly that the Syrian dictator (with the help of Russia and Iran) has won the day. The Turks remain adamantly opposed to Assad.

The UAE restored diplomatic relations with Damascus and in December of last year went out of its way to praise the Syrian president. Speaking at a ceremony to mark UAE national day on 2 December,  the UAE charge d’affaires Abdul-Hakim Naimi said he hoped “security and stabiity prevails throughout the Syrian Arab Republic under the wise leadership of President Bashar Al-Assad, adding “Syria-UAE relations are solid, distinct and strong.”  It was language that had a distinct tit for tat feel to it coming as it did shortly after Erdoğan’s Qatar statement.

To outside observers it may seem that MBZ, in taking on Erdoğan, is biting off more than he can chew.  That is certainly how the Turkish president views it. Whether that is the case, the Abu Dhabi crown prince with his supersized ambition to assert himself as the putative leader of the Arab world, does not appear in any mood to back down.