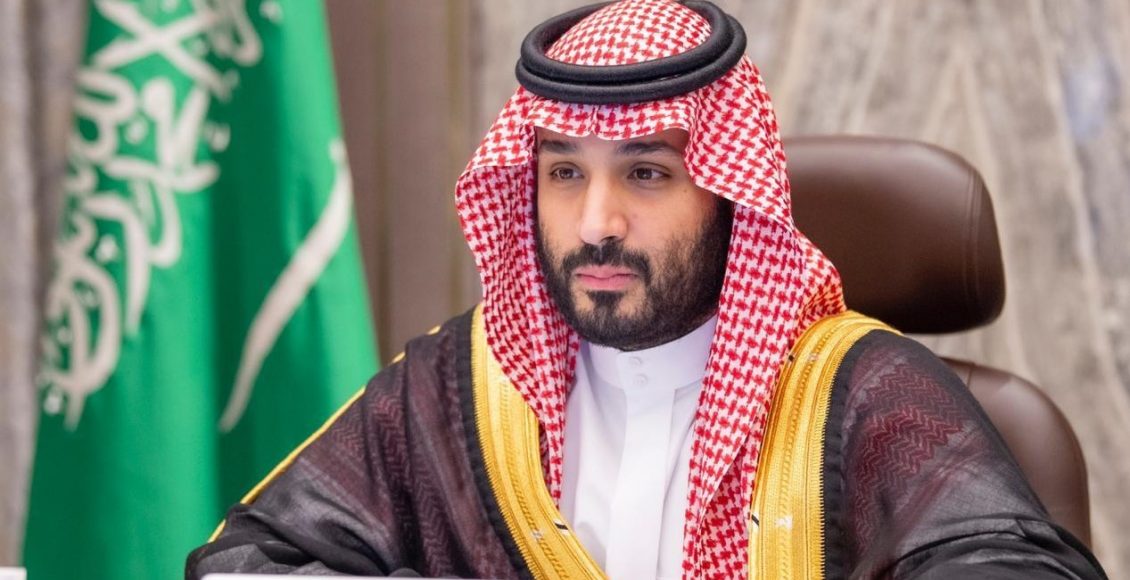 On 10 April the Saudi Ministry of Defense announced that it had executed three soldiers after what it called a “fair trial” in a specialist court. The men were convicted and sentenced to death for the crimes of “high treason” and “co-operating with the enemy.” Aside from the men’s names no further details were provided by the ministry.

A Washington-based critic of the regime Ali al-Ahmed tweeted a video (which has not been independently verified) of what appears to be soldiers burning and stamping on a picture of the Saudi Crown Prince and Defense Minister Mohammed bin Salman. In the tweet al-Ahmed says he was “told this video was behind executing the 3 Saudi soldiers.”

Given the opacity of the Saudi regime, the three could have been executed for any number of reasons such as being involved in the illicit sale of weapons to Houthi rebels in Yemen (the trial and executions were carried out in the military’s Southern Command close to the Yemeni border.) Or it may have been a case of lèse-majesté – the burning of the photograph – that enraged MbS.

If it is the latter, it gives further credence to the image of an unstable and violence-prone leader who the CIA has blamed for ordering the murder of the journalist Jamal Khashoggi in the Saudi consulate in  Istanbul in October 2018.

Try as he might MbS cannot put that one crime behind him. He was angered that Khashoggi, at one time a close associate of senior members of the ruling family, had departed the kingdom and had the temerity to criticise the prince in columns he wrote for the Washington Post.

Western businessmen and politicians, anxious to do business with the kingdom, could set aside many of the actions of this unruly and impulsive prince: the launching in March 2015 of the Yemen war which he thought he would win in two or three weeks and which has now entered its seventh year; the land, air and sea blockade of fellow GCC member Qatar, entered into with the UAE, Bahrain and Egypt in 2017 and that did not end until January of this year; the seizure and forced resignation of the then Lebanese prime minister Saad Hariri in November 2017 followed shortly after by the arrest and detention of more than 400 prominent Saudi businessmen and senior members of the royal family, held in the Ritz Carlton Hotel, some of whom were allegedly tortured and only released when they signed over businesses and turned over tens of millions of dollars in a Mafia-style shakedown.

Even the arrest in May 2018 of the woman activist Loujain al-Hathloul caused barely a flicker of concern in Western boardrooms and corridors of political power. Loujain and her family allege she was tortured in detention: subjected to electrocution, flogging, sexual abuse and waterboarding in secret prisons before she was finally brought to trial. Among those responsible for the torture was Saud al-Qahtani, a confidante of the crown prince and heavily implicated in the Khashoggi murder. She was finally released but under strict conditions in February of this year. The allegations of torture were never investigated by the Saudi authorities.

The arrival of Joe Biden in the White House took away the protection that his predecessor had provided to the crown prince. Biden released the CIA report on the killing of Khashoggi and is withholding weapons sales to the Saudis to pressure MbS to end the war in Yemen. He has also signalled that human rights issues, having being kicked into the long grass by Donald Trump, is now back on the agenda. Thousands of political prisoners are languishing in the Saudi prison system, including the scholar and author Salman al-Odah (against whom the public prosecutor is seeking the death penalty) and the aid worker Abdulrahman al-Sadhan who in March was sentenced to 20 years after being convicted of writing anonymous tweets critical of the regime. So that’s a problem for MbS, but just how much of a problem remains to be seen: Biden is, after all, a pragmatist who may, in the end, not exact much of a price on the human rights front before waving through the weapons deal.

But with every step MbS takes to rehabilitate his image and rebrand the kingdom as a modern, open society where ‘moderate Islam’ flourishes he is shadowed by a remarkable and doggedly courageous woman, Hatice Cengiz, the fiancé of the murdered Jamal Khashoggi.

When he attempted to use the Public Investment Fund (PIF) to purchase Newcastle United, she was there to challenge the takeover bid.  It failed, to the great chagrin of the crown prince.

When more recently he dangled a US$100 million purse to secure a heavyweight fight for the kingdom, Cengiz used the Telegraph newspaper to express her anger:  “I cannot believe after all this time, and all the evidence showing his guilt, that the Saudi Crown Prince is still being considered as a ‘host’ for such world sporting events, which he is using for political reasons and to clean his image.”

Indications are that he will get the fight, although he may have to pull even more than US$100 million out of the PIF to do so. But sports events and expensive PR campaigns will not take away the stain of the killing of Jamal Khashoggi. To rehabilitate his image he would have to give justice to Loujain al-Hathloul, drop the charges and release Salman al-Odah, end the unjust incarceration of Abdulrahman al-Sadhan and thousands of other prisoners of conscience; he would have to take responsibility for his actions and acknowledge his crimes.  Which he cannot do.

What he can and will do is to play for time and hope that Trump or one of his lackeys returns to the White House in 2025.