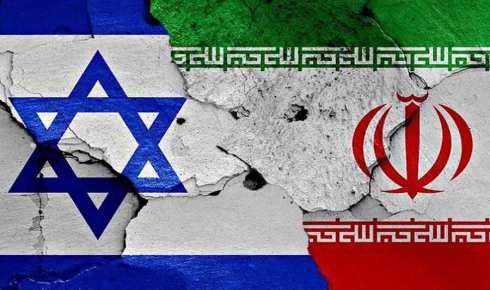 The game of cat and mouse that Israel and Iran are playing out is continuing along a dangerously escalatory route. Most recently it saw an explosion at the Iranian nuclear facility of Natanz 11 April that caused Iran’s foreign minister Javad Zarif to warn “Israel played a very bad gamble if it thought that the attack will weaken Iran’s hand in the nuclear talks.” That follows the assassination last November of Iran’s top nuclear scientist Mohsen  Fakhrizadeh. Both attacks are widely understood to be the work of the Israeli spy agency Mossad

After the Natanz explosion, Iran raised the stakes by announcing it had begun enriching uranium to 60%, thus moving the country  even closer to nuclear weapons capability. And, on 13 April, an Israeli-owned ship was attacked by an Iranian drone or missile off the coast of the United Arab Emirates, the third such attack in two months.

Meanwhile Israel continues its three-pronged low level war against Iran: the first aim is to thwart Iran’s nuclear ambitions, the second, via airstrikes, to damage Iranian military capabilities in Syria and the third, through attacks on vessels, is to prevent the shipping of Iranian oil and weapons to the regime of Bashar al-Assad.

And though the Israelis would appear to have the upper hand, an aerial attack by them inside Syria in the early hours of 22 April underscored that they, too, are vulnerable despite the sophistication of their anti-missile defences. A Russian S-200 missile fired by Assad’s forces at Israeli fighter jets who had launched an attack in the Golan Heights blew up in mid-air near Israel’s own nuclear facility of Dimona in the south of the country.

The Israelis were quick to say that they did not believe the Dimona reactor was a target and equally quick to announce an investigation into why the IDF had not intercepted the missile. But the incident will have given the Iranians some cause for satisfaction as it dents the air of invincibility that Israel projects.

All of this swordfencing back and forth underscores the reality that neither side wants a high-stakes, all-out war. But in such a tense and febrile atmosphere the law of unintended consequences comes into play: a situational misreading, an overzealous individual, simple human error, any one of these or a combination of them can have catastrophic results.

And hanging over all of this is the JCPOA.  President Biden is determined to bring America back into the deal that curtails any ambition Iran might have to secure a nuclear weapon. The Israelis, along with Saudi Arabia and the UAE, viewed the 2015 deal that President Trump withdrew from in 2018, with deep suspicion and profound misgivings. For their part the Iranians want the revival of the JCPOA in order to secure the removal of sanctions that continue to cripple their economy.

Further complicating the issue Benjamin Netanyahu, the Israeli prime minister, is fighting not just for his political life but to avoid going to jail if he is convicted on multiple charges now before the courts. Popular sentiment in Israel remains strongly against the JCPOA so he may choose to raise the temperature to distract from his political and legal difficulties.

The Iranians, in what may prove a serious miscalculation, sense weakness in Biden’s effort to revive the JCPOA. With that sort of mindset they feel they can continue to hold to their demand that the US return without pre-conditions, such as Iran agreeing to discuss restrictions on its ballistic missiles capabilities and curtailing its regional ambitions in Iraq, Syria and Yemen.

As Israel and Iran eyeball one another what are the odds of taking the temperature down, reducing the risk of unintended consequences? At this juncture not great. But beginning from the starting point that neither wants an all-out war, it is possible to see light at the end of the tunnel.  What helps the cause is that the United States has returned to the arena of diplomacy so wilfully and destructively abandoned by Donald Trump. The White House now has senior diplomats in place who understand and appreciate the complexities of the Middle East in ways that Trump’s transactional, hectoring and bullying approach rode roughshod over.

It may be the case that Iran gives a little – possible turning its back on the Houthi rebels in Yemen – in order to secure a fairly large gain, an agreement to begin a staged easing of sanctions.  And to get the ball rolling, the US could offer without condition, vaccines and other support to assist Iran with the COVID pandemic. Of course, the Americans would also have to prevail on Israel to desist from its attempts to sideline the JCPOA, a difficulty compounded by the fact that the country remains in a state of electoral paralysis as Netanyahu continues his desperate efforts to survive by, amongst other stratagems, weaponising opposition to the deal.

Still the art of diplomacy, now back in fashion after the Trump years, is the game of give and take, the skill of identifying a place where all the players can point to wins no matter how large or small.  The great prize, of course, is a secure and peaceful Middle East which is still a very long way off and may never be reached. That’s no reason, however, not to try and the JCPOA is as good as any place to start.