An oil price war Saudi Arabia may come to regret 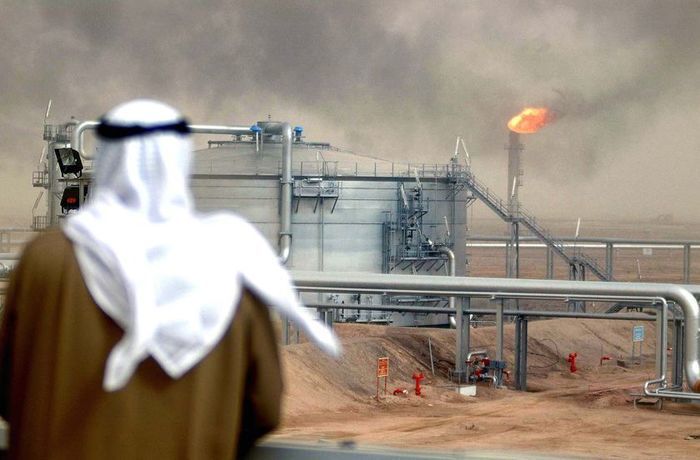 Of all the decisions that Mohammed Bin Salman, the crown prince and de facto ruler of Saudi Arabia has made over the past five years, the one that may come back to bite him hardest was that which saw him launch an oil price war with Vladimir Putin’s Russia.

As a decision -maker, it must be said that MBS, as he is known, has a not particularly impressive record. On the positive side of the ledger is his decision to remake the Saudi economy and along with it Saudi society with his grand and sweeping Vision 2030: wean the country off its oil dependency, empower the private sector, encourage the integration of women into that sector while reducing the swollen public sector, open up the country to tourism beyond the religious. He has pursued those goals with zeal and determination, if not always with great forethought. Nonetheless anyone with any long familiarity with the kingdom returns from visits there amazed at how the young prince has transformed Saudi Arabia.

The other side of the ledger reveals a different side to the character of Mohammed Bin Salman, one that shows the visionary’s dark side: vengeful, vindictive, arrogant and rash. It is a long list: launching the Yemen war, now in its fifth year, with the expectation of a swift victory that never came; announcing the sale of Saudi Aramco shares without doing due diligence; kidnapping the prime minister of Lebanon and forcing him to go on Saudi state television to announce his ‘resignation’; joining the United Arab Emirates in a blockade of fellow GCC member Qatar that continues to this day; arresting and detaining more than 200 businessmen and senior members of the ruling family in the infamous Ritz-Carlton “five star prison” affair; arresting women activists who were subsequently abused in detention; ordering the murder of the journalist Jamal Khashoggi in the Saudi consulate in Istanbul in October 2018.

But it is the decision to take on the Russians that may prove his undoing. Vladimir Putin, it should never be forgotten, was first a spymaster. All the skills he acquired in the KGB remain at his fingertips, first and foremost his ability to identify and to play assets. MBS is an asset that in his KGB days Putin would have probably classified as a “useful idiot”. Heading into the OPEC+ meeting in Vienna 5 March, the Saudis, nervously watching the price of oil slip as the coronavirus took its toll, were anxious that a production cut be enforced to protect their market share and halt the slide.  When the next day the Russian energy minister  Alexander Novak left the meeting after no agreement was reached he threw out a line that was designed to enrage MBS. “From April 1,” the minister said “we are starting to work without minding the quotas or reductions which were in place earlier.” As far as Russia was concerned any member could pump what they liked.

Like a trout rising to a well cast fly, MBS took the lure. The Saudis announced that from 1 April they would raise production by more than 2 million barrels a day, to 12 million,  and slash prices by up to $10 a barrel. With the glut of oil on the world market increasing daily thanks to the economic downturn caused by Covid-19, the price of oil crashed. At the time of writing it was selling at below $28 a barrel. Just one month ago it was trading at $65.The Russians have gone on record as stating they are happy with oil at $30. The Saudis need $80 a barrel. Some energy analysts are suggesting the price could go as low as $10 a barrel.

Keeping MBS angry, keeping the price war going plays well to Putin’s strategy of damaging the US shale oil industry. It is the collateral damage that is, in reality, a bigger prize for the old spymaster. So the Russians taunted the Saudis, thanking them for the previous oil production cuts that had helped to swell their coffers. Novak, the energy minister, teased that the cuts had brought an additional $140 billion over a three year period and praised the cooperation  of the OPEC+ group.

Meanwhile back in Saudi Arabia, Aramco shares have tumbled below their opening value as the world’s largest oil company cuts its capital expenditures. The Saudi government, facing a massive deficit is cutting back too, just at the time when MBS urgently needs funds to get Vision 2030, already experiencing setbacks, back on track. The coronavirus has already taken a huge chunk out of the money the country garners from religious tourism with umrah cancelled and the Hajj now threatened. The ongoing war in Yemen, costing billions of dollars a month to prosecute, continues to drain the budget.

Mohammed bin Salman already fighting two wars, Yemen and Covid-19, could ill-afford to launch the third.  Yet, played by Putin, that it was he chose to do. It was another in a long line of reckless, ill-thought through decisions. It may be the one that proves his downfall.