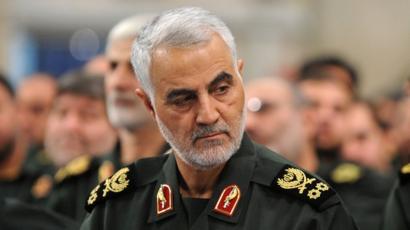 In the days since the 3 January assassination of Iranian General Qassem Suleimeni on the orders of US President Donald Trump, the world has anxiously waited to see whether, where and how Tehran would fulfil its pledge to wreak vengeance on the Americans. Thus far Iran’s strategic response has been limited to threats and mocking tweets from senior leaders.

On January 5 Tehran announced that it was discarding “the last key component of its operational limitations in the JCPOA, which is the limit on the number of centrifuges.” Many commentators initially took that as a statement that Iran was walking away from the Joint Comprehensive Plan of Action (JCPOA) designed to prevent the Iranians from developing nuclear weapons. “It’s finished. If there’s no limitation on production, then there is no deal,” was how David Albright, president of the Washington-based Institute for Science and International Security, put it.

Others, however, noted the careful wording of the statement which includes this sentence: “Iran’s cooperation with the IAEA (International Atomic Energy Agency) will continue as before.” As Trump’s ‘maximum pressure’ sanctions took its toll, Iran began a step by step withdrawal from the JCPOA. This was the fifth and final step. But by offering to continue cooperation with the IAEA, Iran has given itself (and the Europeans who want to find a way to salvage the JCPOA)  a little bit of useful wriggle room. The Iranian foreign minister Javad Zarif was quite explicit in signalling that Tehran is still prepared to keep the deal alive. While his 5 January tweet confirmed the Iranians would no longer accept any restriction on the number of centrifuges, he added: “This step is within JCPOA & all 5 steps are reversible upon EFFECTIVE implementation of reciprocal obligations.” It was a play for time, a classic chess board move in response to an aggressive and reckless attack. Trump doesn’t care a fig about the JCPOA but the Europeans and the British do. What next then for the Iranians?

America’s allies in the region, most notably Saudi Arabia and Israel would appear to be most at risk from retaliation.  That being the case, one wonders to what extent, if any, Donald Trump weighed up the danger he was putting the Saudis and the Israelis (and other Gulf and Middle East countries) in when he decided, without congressional oversight and without informing key allies, to ratchet up the stakes to such a level by ordering the killing of Suleimani. The Iranians may well decide that a direct attack on US bases or military personnel is far too risky. That being so, they could choose to carry out an aerial raid on Saudi Aramco, as happened in September or attempt to close the Strait of Hormuz to oil tankers. Or they could choose to use Hezbollah rockets based in Lebanon against Israel or use the Houthis to hurl rockets from inside Yemen at multiple targets in Saudi Arabia.

What  senior leadership in Tehran is weighing up, though, is the strategy that will best protect the gains Iran has achieved over several years thanks largely to the ruthless tactics of Suleimani. He effectively deployed a form of asymmetrical warfare that saved Iran’s Syrian ally Bashir Al Assad, dictated much of the military, economic and political direction of neighbouring Iraq and tied up the Saudis in an unwinnable war in Yemen. Retaliation that provokes a significant military response from the Israelis will likely wind up drawing the Americans in and lead to a major war breaking out, something the Iranians cannot win and that will see them lose all the gains they have secured.

Even a more calibrated approach, missile attacks on Saudi Aramco installations for instance, could still lead to an escalating war situation, given how central Aramco is to the ambitions of the Saudi Crown Prince Mohammed Bin Salman. Missiles fired by the Houthis into Saudi Arabia would perhaps make a point but there is no guarantee of that or even that the Houthis, who are fiercely independent, would  go along with Tehran, given what would be the likely consequences for them.

Donald Trump is in an election year and what he cannot afford to do is to draw America into another Middle East war. However, a temporary blockade of the Strait of Hormuz by the Iranians, even the threat of a blockade, would allow for plenty of bluster and sabre rattling on both sides without a war breaking out. As well, as London based Capital Economics has pointed out: “if Iran tried to close off the Strait of Hormuz, we’ve estimated that Brent crude would jump to $150pb.” A  massive price bump at the fuel pumps is exactly the situation that would damage the president as he seeks another term.  In reality, then, neither side wants a war.  Nor do the Israelis, the Gulf States, Iraq or anyone else in the Middle East and the wider world.

In the days and weeks to come, it is to be expected that the Iranians will move with great care while at the same time seeking to satisfy the need to quench public anger in Iran at Suleimani’s killing. The real threat, the trigger that could cause all-out war lies elsewhere, in Donald Trump’s White House.

Trump is perfectly capable of a huge miscalculation.  If his tweets since the assassination are anything to go by he is relishing a new role, backing up the bullying bravado with hard military muscle. His grasp of the region is tenuous at best and he has surrounded himself with sycophants who feed his ignorance. The killing of Suleimani in Iraq was an extraordinary act of violence, one he clearly enjoyed carrying off. Should he decide that any Iranian response, regardless of how low level or indirect it is, is worthy of a similar act of violence then almost certainly the region will be plunged into war.