The power of the street in Iraq and Iran 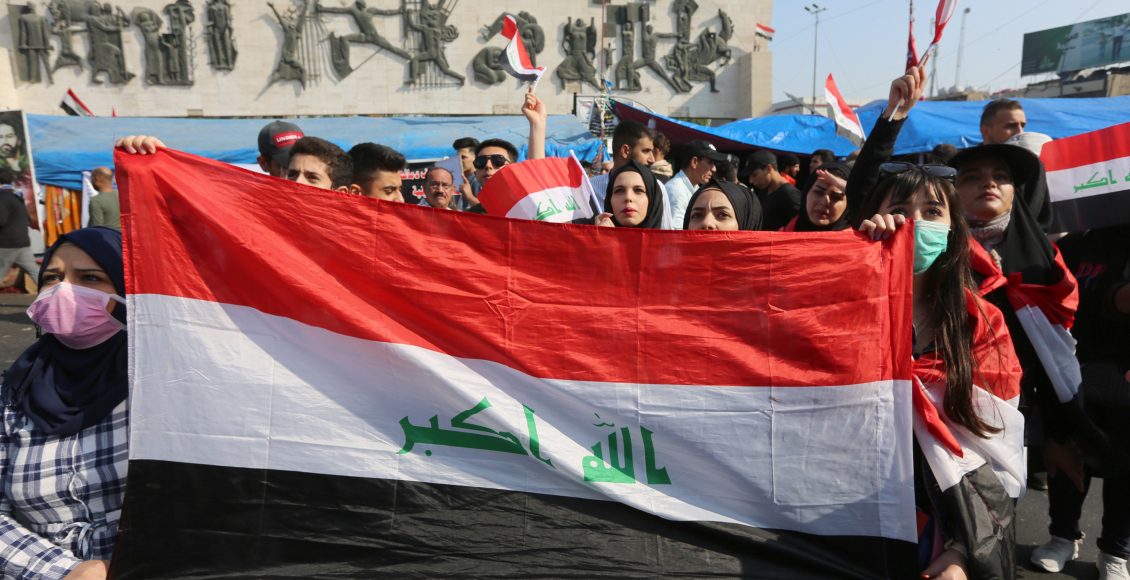 On Sunday 17 November in cities across Iraq tens of thousands of people came into the streets answering a call for a general strike. This comes after weeks of protest that have seen 300  killed and more than 15,000 wounded. The fear of injury and death has not stopped the power of the street. Nor have vague promises of reform by the Iraqi prime minister Adel Abdul-Mahdi. In a report published by France 24, one young protester in Baghdad, pointing across the river to the area where parliament, the premier’s office and other key buildings are, put it this way: “These steps, these reforms are just an opiate for the masses. Nothing more, nothing less… There are so many capable young people in Iraq who are deprived and unfortunately those are the guys that rule us?”

It is that sense of disentitlement that is driving young Iraqis into the streets in a movement without leaders. They are saying in Basra and Nasiriyah, in Najaf and Kut, in Diwaniyah and in Baghdad they have had enough of a corrupt and incompetent government that has shown itself largely incapable of solving Iraq’s many problems.  What is significant about the protest movement is that it is coming at a time when the economy is showing signs of improvement. But those improvements are not filtering down to the people.

The brutal manner in which the government has chosen to deal with the protesters, using live ammunition and sniper fire, in addition to the less lethal methods of tear gas, batons and stun grenades has only served to stiffen the resolve of those who have taken to the streets.  And the fact that Iranian-backed militias have been accused of being involved in the killings has added further fuel to a nationalist surge of resentment against Iran. “Free, free Iraq,” the protesters shout, “Iran get out, get out.”

That resentment reached boiling point when news broke  in early November  that Qasem Soleimani, the head of the Iran Revolutionary Guard Corps (IRGC) had helicoptered into Baghdad’s Green Zone where he presided over a meeting of top security officials in the absence of Prime Minister Abdul-Mahdi. In itself, it was a humiliating  snapshot of the extent to which Abdul-Mahdi’s government operates at the behest of Teheran.

Soleimani had two objectives. The first was to keep the prime minister, who had offered his resignation, in place.  In that, at least for the time being, he has been successful.

However, he has failed in the second objective and that was to prevent, by whatever means necessary, the anger of disenfranchised youth from spreading to Iran.  As with Iraq, Iran has now been engulfed by widespread protests that have emerged in virtually every Iranian city. Tellingly the targets are very similar. Twitter images emerged  over the week-end of 16 -17 November of protesters showing their anger toward a corrupt  and privileged elite  by attacking and setting fire to banks. They also showed what appear to be attacks on IRGC officers and bases.

Previous protest movements including the 2009 Green Revolution and one that spilled over from December of 2017 into early 2018 have been ruthlessly put down by the authorities and the IRGC. In all likelihood, that will happen again.  But the ongoing protests in Iraq have weakened the hand that Soleimani can play.  The longer they continue and the louder the demands for Abdul-Mahdi to step down, the greater the threat to the IRGC boss as he attempts to quell unrest in his own backyard.