“All roads lead to Putin” 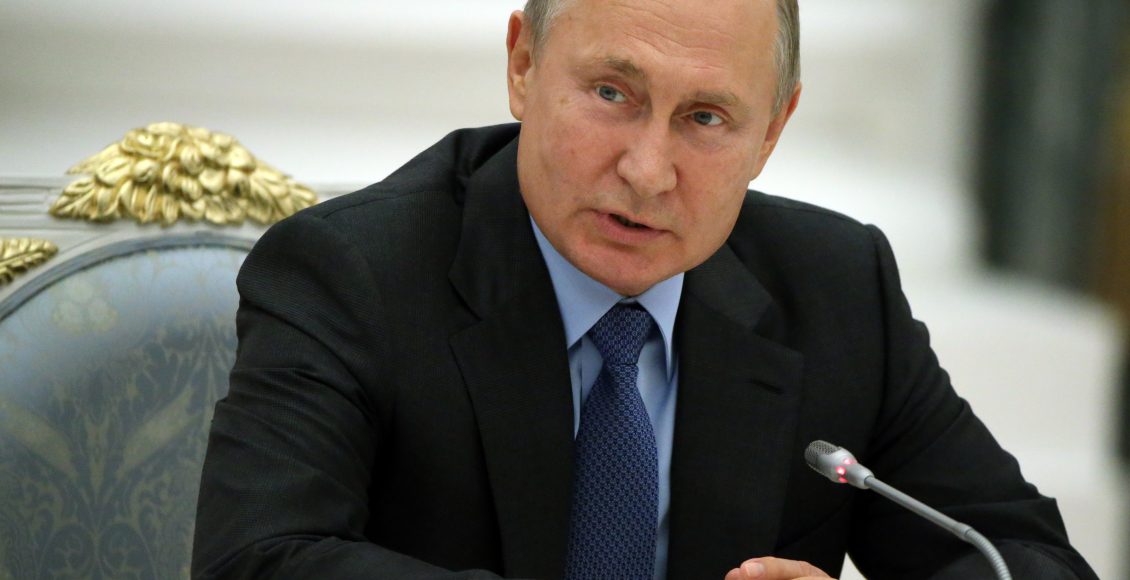 The Americans call the five day halt to Turkey’s military incursion into Northern Syria a ceasefire, while the Turks prefer to call it a pause. The Kurds call the incursion something else. For them and for American soldiers who fought with them in the war against ISIS, as well as for many US politicians on both sides of the House it is quite simply a betrayal.

Call it what you will, it is surely not a coincidence that the end of the five days, 22 October, coincides with a meeting  between the Turkish President Recep Tayyip Erdogan  and Russia’s President Vladimir Putin in Sochi.

At Sochi, Putin can put the finishing touches on his latest diplomatic coup in the Middle East, one that saw American troops pulling out in a confused retreat after their president and commander in chief gave a thumbs up to Erdogan to move into Syria in a phone call.

In a subsequent effort to justify his decision Trump said this: “They had terrorists, they had a lot of people in there they couldn’t have …. and they had to have it cleaned out.” He later compared the assault to a couple of kids fighting it out in the school yard.  “Sometimes,” proffered the self-proclaimed genius of foreign policy, “you have to let them fight, then you pull them apart.”

Meanwhile, Russian media was gleefully screening videos of their forces taking control of a hastily abandoned US base. One has to go back to the fall of Saigon and scenes of American helicopters being pushed into the sea off the decks of US warships to find a comparable image of the military humiliation of the world’s most powerfully armed nation.

Efforts to portray Vice President Mike Pence and Secretary of State Mike Pompeo’s journey to Ankara to secure the ceasefire (or pause) as some sort of diplomatic win were almost immediately undercut by reports that the Turks were continuing their offensive in the border town of Ras al-Ayn, a charge the Turks unsurprisingly denied.

In any event, President Erdogan can take great satisfaction in setting himself up as the leader who defied the might of America. And he is well along the road to giving the Kurds a bloody nose while establishing a deep buffer zone in Syrian territory that, with the approval of the US, will be patrolled and policed by Turkish soldiers.

But it is Vladimir Putin who can take the greatest pleasure from this latest American debacle in the region. He can position himself as the peace-maker and the pragmatist who unlike Donald Trump hasn’t buckled and walked away from the Middle East at its great hour of need.

Just how easily he has filled the vacuum left by the American president was shown by his triumphal visits to Riyadh and Abu Dhabi in the wake of the Turkish incursion. He was feted like a modern-day Czar, signed trade deals and talked the language of relationships and trust.

Putin was, without mentioning Donald Trump, making the point to his Saudi and Emirati hosts that  Russia was a friend upon whom they could rely.  He was not going to treat them as a convenient cash cow for weapons sales, nor make unreasonable demands that they hold down the price of oil.  Nor would he ever, as Trump has repeatedly done, mock the aged and frail Saudi King Salman.

No, the Russian leader was not interested in short-term transactional deal making which brought benefits to one side whilst exploiting and insulting the other.  Rather, Vladimir Putin, the old spymaster, was saying he was in the business of establishing a long term relationship based on shared values. In that regard he holds both Mohammed Bin Salman, the Saudi crown prince and Mohammed Bin Zayed the crown prince of Abu Dhabi as valuable and valued assets to be listened to and treated with respect.

Donald Trump, on the other hand, sees the Saudis in particular only through the lens of quid pro quo. So, for example, while he was precipitously pulling troops out of Northern Syria he was sending soldiers to Saudi Arabia in direct and open contradiction to his stated policy to get the US out of the Middle East.  But that it seemed was okay because “they buy hundreds of billions of dollars’ worth of merchandise from us, not only military equipment. In military equipment, about $110 billion. It’s millions of jobs.”

And, the great dealmaker was quick to add, “but are you ready? Saudi Arabia, at my request, has agreed to pay us for everything we’re doing.”

Beyond the fact that the Saudis have been buying American military hardware for decades, it will be galling for them to have so publicly and baldly stated that their nervousness about the Iranians has, according to the president’s way of thinking, required them to buy in American troops. That the custodians of Islam’s two holiest sites need foreign non-Islamic soldiers to protect them is amongst other things a huge propaganda gift to ISIS and Al Qaeda.

True Putin teased the Saudis that had they had the Russian S-400 system the Saudi Aramco attack could have been thwarted.  But a tease is not a humiliation and what Mohammed Bin Salman is now discovering is that Trump enjoys humiliating America’s friends and allies.

The young prince is nothing if not proud, a quality that Putin has shrewdly gauged and is effectively deploying. Equally shrewdly he has adroitly turned Trump’s latest foreign blunder with the Turks to his advantage. Small wonder, then, that on 15 October Nancy Pelosi the Democratic House Speaker said “with the President all roads lead to Putin, isn’t it so?”