In memory of Jamal Khashoggi 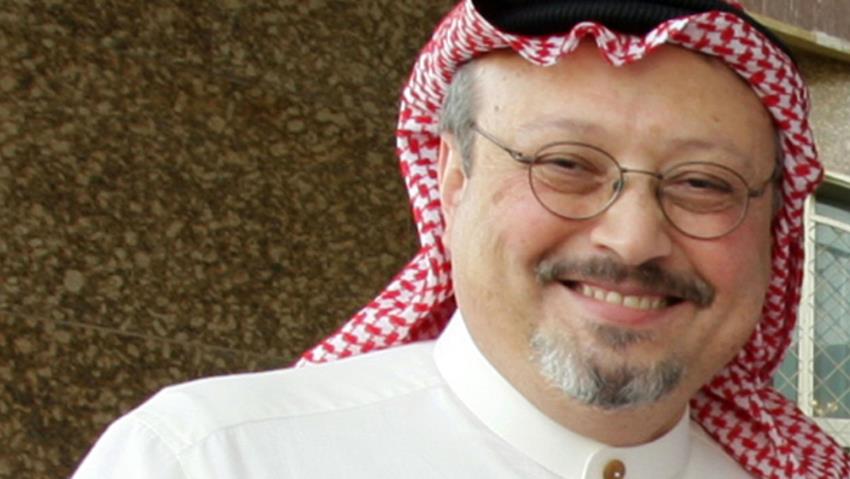 It is one year since the journalist Jamal Khashoggi walked into the Saudi consulate in Istanbul. He did not come out alive. The day after he disappeared, the Saudi crown prince Mohammed Bin Salman said that he had left the consulate twenty minutes after he went in and no one knew where he was. That proved to be manifestly untrue.

Jamal Khashoggi was lured to the consulate after being assured by the crown prince’s brother, then the Saudi ambassador in Washington, that it would be perfectly safe for him to do so. The ambassador said that if he was to return to Saudi Arabia, he would be welcomed as a thoughtful critic.

Within less than 48 hours, the Saudi story that he had left the consulate began to crumble as the Turkish authorities started to release details of how Jamal Khashoggi was murdered and his body dismembered inside the building. The Saudis then claimed that his death was accidental, occasioned by a struggle; when that claim fell apart, they said it was rogue elements within the Saudi security services who were to blame. And that is the story they have chosen to stick with.

11 members of the murder squad have been detained but have not been named, nor has any information been provided by the authorities about where they are being held and when they will be brought to trial. Saud Al Qahtani, a key advisor to Mohammed Bin Salman has been directly linked to the murder, yet he is said to be still in almost daily contact with the prince, possibly detained but only under house arrest.

The Saudi authorities, after first lying and then repeatedly obfuscating, said there would be a full and transparent investigation and that those responsible would be punished. Nothing near that has happened while they continue to claim that his murder is an internal matter and that the outside world should not concern itself or interfere in the kingdom’s sovereignty.

One year on and the crown prince is feeling increasingly confident that he has gotten away with a brutal killing. So confident indeed that he gave an interview to two American television channels, PBS and CBS. In the PBS interview he says “I get all the responsibility because it happened on my watch.”

Some commentators have read that as an acceptance of responsibility. I disagree.  Rather it is a complaint, “I get all the responsibility”, petulant in tone and utterly lacking, in my view, in any measure of sincerity.

When asked how it was possible that, as he claimed, he knew nothing of the plot to kill Khashoggi he replied “We have 20 million people. There are three million government employees.” It was a fatuous answer, worthy of a Trump and designed to enable him to slide away from taking any real responsibility.

Let me be clear: it is inconceivable that Mohammed Bin Salman knew nothing about the killing. The CIA has reported as much and a UN report backs up that view. Nothing of any significance happens in Saudi Arabia without the knowledge of the crown prince who also serves as defense minister, deputy prime minister, chair of the all powerful Council for Economic and Development Affairs, and chair of the Council of Political and Security Affairs. He controls the world’s largest energy company Saudi Aramco and runs the kingdom’s massive Public Investment Fund (PIF). He is all-powerful and all-controlling

As he has pursued his ambitions to be recognised as the leader of the Arab world, the prince has silenced all criticism of himself and his regime.  Thousands languish in jail, including brave women who campaigned for their rights, moderate clerics calling for reform, peaceful protesters accused of terrorism, bloggers and citizen journalists who spoke up for reform or on behalf of loved ones in prison.

The murder of Jamal Khashoggi denied to Saudi Arabia a voice of moderation and thoughtful criticism. Khashoggi did not see himself as a dissident, as the Western media so frequently and wrongly chose to describe him in the days and months after his death. Rather he was a both pragmatist and a patriot.

He deeply loved his country and was broadly supportive of Vision 2030, the crown prince’s bold plan to revolutionize Saudi society through sweeping economic reforms. Khashoggi believed that the way to move Saudi Arabia forward was to strive for an independent and free media. He understood well the limits of just how far he could push that narrative on but even when he was sacked for his efforts, and he was sacked several times, he never gave up pushing.

It became clear to him in September 2017, as he saw those around him being arrested, that he must leave or face arrest himself. His columns for the Washington Post angered Mohammed Bin Salman. But go back to the first column for the Post and you find this:

“My friends and I living abroad feel helpless. We want our country to thrive and to see the 2030 Vision realized. We are not opposed to our government and care deeply about Saudi Arabia. It is the only home we know or want. Yet we are the enemy.”

Within a year of writing those words he was dead but his narrative has not been silenced as Mohammed Bin Salman had hoped. Rather his murder has amplified the narrative: citizens of Saudi Arabia and the wider Middle East will only realize their full potential in a society where a free media flourishes.

Dictators and their lies do not endure. Speaking truth to power, even with all the terrible consequences it entails for journalists, ultimately brings their lies crashing down around them.

So I want to say this to a brave colleague on the first anniversary of his murder:

Thank you Jamal Khashoggi for your great and courageous journalism, your dedication, your commitment, your humour and your kindness. You will not be forgotten. Your death is not in vain.

And to the man who is responsible for his murder: try as you might, the stain of your brutal crime will forever remain with you.