Jousting in the Persian Gulf 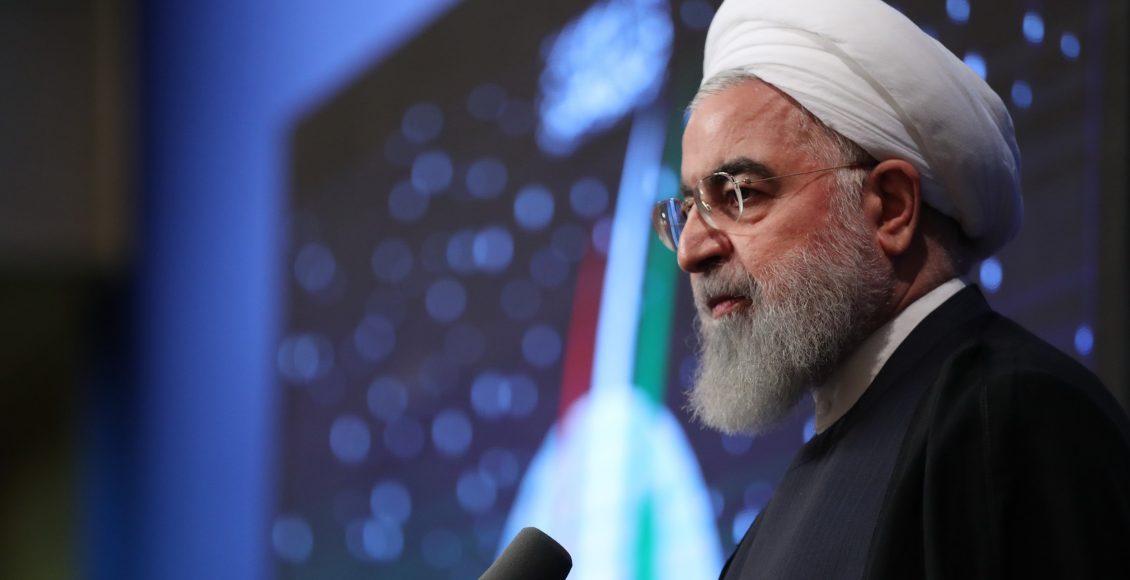 Were you to ask me “will war break out with Iran,” I would say after President Donald Trump’s recent tweet the odds are definitely leaning to no. Why is that?  Well let’s look at the tweet: “If Iran wants to fight, that will be the official end of Iran. Never threaten the United States again!”

It reminds me of another statement the president made, this time aimed at Kim Jong Un and North Korea. Do you remember it? It was in September, 2017 at the United Nations.

“Rocket man is on a suicide mission for himself and his regime,” Trump said about the North Korean leader, adding with appropriate bully menace “if (the US) is forced to defend itself or its allies, we will have no choice but to totally destroy North Korea.”

Nothing yet has come of that threat and I do not expect it will. Trump even developed something of a crush on the North Korean dictator. “He wrote me beautiful letters, and they’re great letters,” Trump gushed at a rally in West Virginia a year later. “We fell in love.”

Just in case you are wondering, I don’t think Trump will fall in love with either President Rouhani or Ayatollah Khamenai. That’s definitely not in the cards but efforts to bring Iran to its knees economically as a way of forcing regime change short of military action or war is still very much the game at play.  That’s because Iran is hurting badly from the re-imposition of sanctions and from Trump’s National Security Advisor John Bolton’s determination to as he put it in an interview with Fox News “squeeze them until the pips squeak; the mullahs will have to change their behaviour drastically or face economic disaster.”

I also anticipate that military manoeuvres on both sides will continue, a Gulf ballet a deux with weapons drawn.  We saw that with Bolton dispatching not only an aircraft carrier but B-52 bombers to fly surveillance missions in the Persian Gulf.  For their part, the Iranians are said to have put a boat armed with missile launchers into the Strait of Hormuz, that tight little bottleneck between the Arabian Peninsula and Iran through which flows much of the world’s oil.

So too with the war of words. Before Trump’s latest flurry, he had played down the idea that America was poised to go to war. On 15 May the president tweeted “I’m sure that Iran will want to talk soon.” The next day when asked about going to war, he replied “I hope not.”

Cue Javad Zarif, the Iranian foreign minister. On the 18 May in an interview with the Iranian state broadcaster IRNA he said that Iran was “certain… there will not be a war since neither we want a war nor does anyone have the illusion they can confront Iran in the region.” Note the last part of the statement. It has a steely sort of quality to it, menace encased in velvet.

To my eyes it reads more elegantly than Trump’s with their playground taunts of a twelve yearold feel to them. Having said that, we should not forget he is the commander in chief of the most powerful military force in the world. Elegance be damned!

All of this verbal jousting is happening in the wake of the apparent sabotage of four tankers in the Persian Gulf and a Houthi rocket attack on oil pipelines in Saudi Arabia, both incidents quickly blamed by the Gulf media on Iran, with several commentators there calling for immediate military action. Cooler heads prevailed. Fortunately.

The economic war of attrition, like the war of words and the military fencing in the Strait of Hormuz, will continue.  John Bolton will push and push for regime change by whatever means but the president won’t buy into a war.  Heading into his 2020 re-election bid, he can’t afford to.  His base does not want American boots on the ground, nor for that matter fighter jets in the air at risk of being shot down. They want him to do what he promised and pull America out of foreign wars.

Benjamin Netanyahu, though he may, for public consumption and political advantage, rant angrily at the Iranians, will not want a war knowing as he does that Hezbollah is right next door in Lebanon with a formidable cache of missiles.

And it is not at all likely that either the Saudis or the United Arab Emirates will do anything foolish despite what some of their over excited commentators may say.  That only leaves what defense experts refer to as AIM: accident, incident, maverick.

That is the idea that wars can break out when any one of those happens. Or an incident leads to an accidental response with unintended consequence. Then there is the maverick. And when I look around the room I see only one maverick:  the man with the bristling moustache. Here’s hoping that Donald Trump continues to keep his national security advisor on a leash.