Dangerous nuclear games in the Gulf 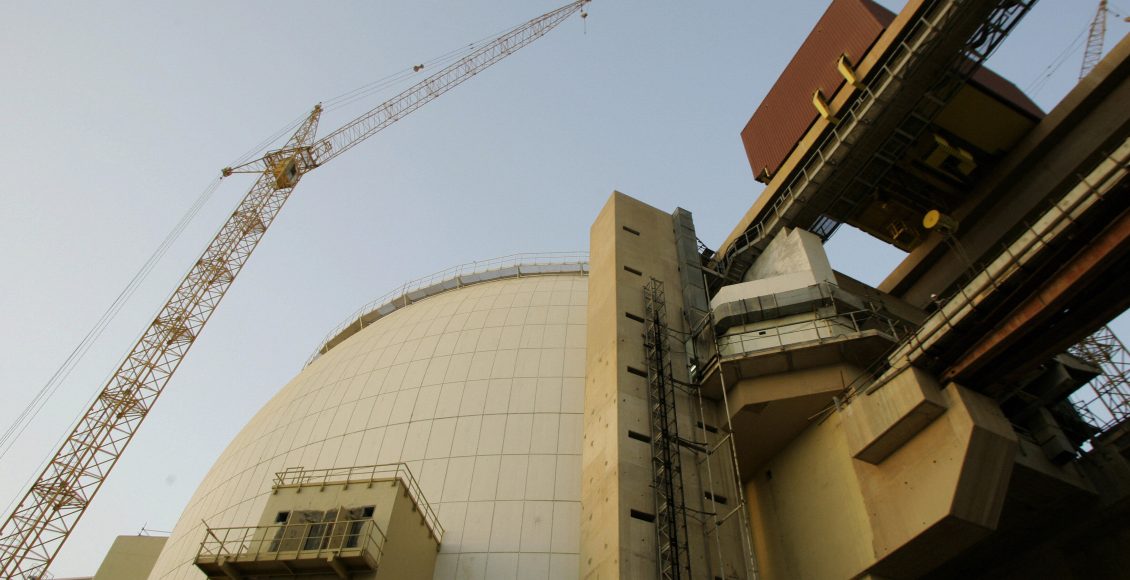 One of the many challenges of covering the impact of the Trump presidency on global affairs is that in the constant churn of stories generated by his twitter outbursts and in the abrupt and ill-considered policy decisions he makes, really important stories get lost in the storm. One of those lost stories happened the weekend before the president’s delayed State of the Union Address, which he finally delivered on February 5.

On the preceding Saturday, Vladimir Putin, the Russian president announced that he was following in Trump’s footsteps and pulling out of the INF – the Intermediate Range Nuclear Forces Treaty. In what he called a “symmetrical response”, Putin signalled that a new nuclear arms race was under way. “Our American partners announced that they are suspending their participation in the INF Treaty, and we are suspending it too. They said that they are engaged in research, development and design work, and we will do the same.”

It was a clever response, with Putin able to say that Russia was against the destruction of the treaty but if that was what America was going to do by walking away then his country would mirror American actions step by step. You develop and build new nuclear weapons, we will too.

There was a time, not so long ago, when the world was striving to limit the spread of nuclear weapons. All of those Cold War decades of delicate and exquisitely challenging negotiations designed to stave off nuclear annihilation now seem somehow quaintly old-fashioned. In the macho world of the new authoritarians, led by Donald Trump, the bigger the weapons and the more you have the tougher you are.

Trump’s reason for pulling out of the INF was that the Russians were non-compliant and were using the agreement as cover to get a leg up on America. That is undoubtedly the case but the treaty, even in violation, acted as a constraint.  So why would what is still the world’s greatest military superpower enable the Russians by walking away? And what are the implications for the Gulf and the wider Middle East as a new nuclear arms race emerges from Trump’s decision?

To the first question, one can only speculate, given the strange and troubling relationship the 45th president of the United States has with what has been America’s greatest enemy. It is the second question, however, that should be of most concern. As the war rhetoric against Iran ratchets up, and as the non-proliferation environment weakens, Mohammed bin Salman may push to arm Saudi Arabia with nuclear weapons.

Though he dismisses the Iranian military capacity in public, in private he must know that in any conventional war scenario, the battle hardened Iranians would prevail on the ground. The Saudis may have sharpened their air expertise in Yemen at the expense of both the civilian population and the rebel Houthis but it is ground forces that would ultimately decide the outcome. As the Yemen conflict has shown, Saudi Arabia’s ground troops are an incompetent and ill-prepared fighting force, hence the reliance on the air war to try and subdue the Houthis.

In a conventional war, the Iranians would use Iraq as the pathway to attack Saudi Arabia along its northern border. They could be in the capital Riyadh in a matter of days.  That is a sobering thought and one that could serve as a catalyst for securing the bomb. The logical place to turn to is Pakistan which has possessed nuclear weapons since the mid-1980s. The Pakistani prime minister Imran Khan is much beholden to the Saudis, even more so than his predecessors. Indeed he came to the so-called Davos in the Desert last year with a begging bowl in hand, one the Saudis were happy to fill.

If Saudi Arabia acquired nuclear weapons, then it follows that Iran would do so as well.  Indeed there are forces within Iran, including the IRGC, who have long advocated that to preserve and protect the revolution, their nation must have the bomb.

And here we come to the extraordinarily reckless and dangerous game that Trump and his security advisor John Bolton and Secretary of State Mike Pompeo are playing. Bolton, in particular, has long advocated for regime change in Iran. The harsh sanctions that America is imposing on the Iranians and demanding that the rest of the world follow are intended not so much to effect regime change in and of themselves but rather to prevent the Iranians for a time from securing nuclear firepower.

The Saudis meantime will have picked up, off the shelve, nuclear weapons from Pakistan.  Backed by nuclear -armed Israel who share the Saudi fear of Iran and with whom Mohammed bin Salman has forged an unprecedently close relationship, the two together with other Gulf states such as the United Arab Emirates will be the ones to force regime change backed by the nuclear muscle that Iran lacks. They and not the Americans. So the thinking goes.

That scenario is useful for Trump because the last thing his base wants is any more engagements in foreign places and that is especially true of the Middle East. Hence, his oft repeated and ill-thought through vows to pull American troops out. These are gambits, designed to shore up his support as he heads into what will undoubtedly prove for him a bruising and difficult re-election bid.

The Iranians, however, will not succumb.  Indeed such naked threats will only serve to pull the country’s often battling factions together. Iran will do whatever is necessary to acquire a nuclear counter-punch. And Vladimir Putin, burnishing his already significant power in the region, may be very happy to oblige.

A nuclear stand-off in the Gulf, with all that that implies, could be far closer than any of us realizes.