In the battle of Gulf airlines, Qatar emerges a winner 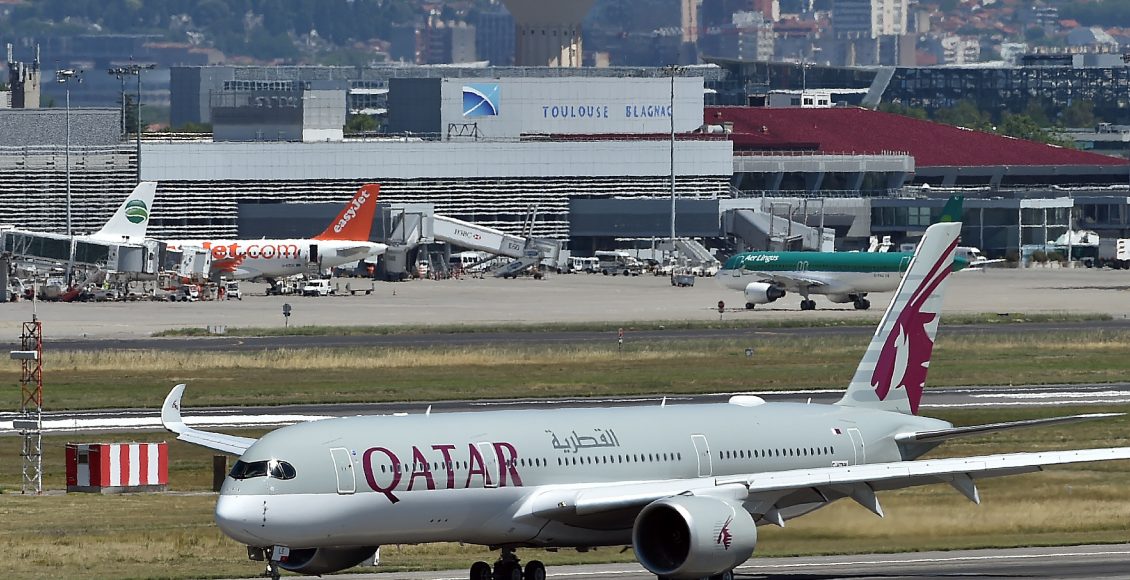 When their Gulf neighbours – Saudi Arabia, the United Arab Emirates and Bahrain joined by Egypt -launched a land, air and sea blockade of Qatar in the early morning hours of June 5, 2017, the reason cited by what came to be called the Quartet was that the Qataris were sponsors of terrorism.

It was then and remains today an odd charge given that the leaders of the blockade, the Saudis and the Emiratis, had much to answer for in their own back stories regarding terror funding. Added to that, Qatar is home to Al Udaid airbase, the largest US military facility in the Middle East. The base was at the heart of the air war against Daesh in Iraq and continues to fulfill the same role in Syria.

The story of terror funding by Gulf States, including Qatar’s, remains opaque and unlikely ever to be fully told. However, there were other reasons for the blockade and chief among them was an effort to bring down Qatar Airways.

For several years prior to the embargo, the company had an annual growth rate of 20 percent. The airline ordered new planes at an aggressive rate, including a 100-aircraft deal for USD$18 billion with Boeing, announced in 2016. In doing so, Qatar Airways challenged the market dominance of the UAE’s Dubai based Emirates and Abu Dhabi’s Etihad airlines. In the eyes of Qatar Airways executives, the blockade was designed so as to do maximum harm to their business at a time when both Emirates and Etihad were feeling  strong commercial heat from their Gulf rival.

The ferocity with which the blockading countries launched their attack on Qatar Airways was unprecedented in the annals of peacetime aviation history. It was conducted without warning, with no thought for the safety of passengers already in the air and with utter disregard for contractual obligations.

At a meeting I had with senior executives of the company in September 2017, I was told how they had coped when flights already enroute on June 5 were denied clearance to land at Quartet airports. With 100-plus flights daily to 18 different cities across the four countries, the first concern was for those passengers already in the air as well as those waiting to board flights.

The Qatar Airways website had been blocked, so the company told passengers to use Facebook as a means of making arrangements. During the course of the day, several thousand flights were rebooked. Meanwhile, the airline’s offices in the Quartet countries had been locked and sealed. The company had to deal quickly with 500 employees who, without warning, were denied access to their offices and their work. Qatari citizens were given two weeks to leave, while Quartet nationals found themselves not only without jobs but also under a cloud of suspicion.

The airline also organized emergency flights to prevent food and medicine shortages by deploying its fleet of 22 air freighters. Prior to the blockade, roughly 40 percent of the country’s food supplies had entered across the land border with Saudi Arabia. Working closely with the Turks and the Iranians, the threat of severe shortages was averted within 48 hours of the implementation of the blockade. The early images of bare shelves and panic buying, much circulated by Quartet media outlets, quickly disappeared.

The air blockade was an enormous challenge, one that Qatar Airways handled with a degree of quiet professionalism and determination that underlined the company’s message that, despite the best efforts of the Quartet, it was and would remain business as usual.

Fast forward 18 months and Qatar Airways is in solid good health. It is Abu Dhabi’s Etihad that is struggling. The airline has just announced it is laying off 50 of its pilots. It has also cancelled the purchase of 10 Airbuses and cut routes as it struggles to slash costs and contain staggering losses that in 2016 stood at US$2 billion and a further US$1.9 billion in 2017. It has yet to announce its losses for 2018.

In a humiliating acknowledgement of its dire straits, Etihad abruptly shuttered its first and business class lounge at London Heathrow in October.

Part of Etihad’s woes have to do with a disastrous foray into the European market that saw them purchase big chunks of failing airlines. In June 2014 the company took a 49% stake in Alitalia, as well as controlling shares of an associated business. Including the purchase of five landing spots at London Heathrow, the total bill amounted to an eye watering US$640 million. As Alitalia reeled, Etihad continued to pour money into what was a black hole. Alitalia declared bankruptcy in May 2017.

Another airline that Etihad had invested in substantially, Air Berlin, went bankrupt in August 2017.The loss to the company of that blunder stands at US$800 million. Now comes word that the Abu Dhabi carrier, which was Air Berlin’s main shareholder, is facing a US$2.3 billion suit for the way in which it pulled the plug on the German carrier.

A winner from the collapse of Air Berlin is Lufthansa. With its rival now out the way, Lufthansa stands a better chance of nursing itself back to health and will press the case that all three Gulf airlines, by virtue of being owned by their wealthy governments are receiving unfair subsidies that threaten to ruin their competitors.

Meanwhile Qatar Airways has consolidated its purchase of Meridiana, a faltering Italian airline. In September 2017, after weathering the blockade storm, it took a 49% stake in the company. In February of last year Meridiana rebranded as Air Italy and announced plans to expand its fleet from 11 to 50 aircraft by 2022, nicely filling the market gap left by the bankruptcy of Alitalia. Five of the new fleet are Airbus A330s from Qatar Airways.

Salt in the wound, it would seem, but Qatar Airway’s executives, ever the professionals are taking care not to crow at the expense of Etihad.  That troubled airline, under a new CEO, is struggling to deny rumours that it will merge with Emirates. Of course, it may well be the case that the last thing the Dubai carrier needs is to take on board its woefully underperforming Abu Dhabi counterpart, even as a gesture of fraternal support.

As Etihad flounders, it is the Qataris who have turned the tables on their rivals. Employing a mix of commonsense, calculated gambles and good business practice to hold the high ground, Qatar has emerged the clear winner in the battle of the airlines.

That ought to send a message to call time. Diplomatically and politically, the Saudis and the Emiratis have no support from their significant allies for continuing the blockade. How soon before they acknowledge the reality and put an end to this debilitating and frankly silly feud?