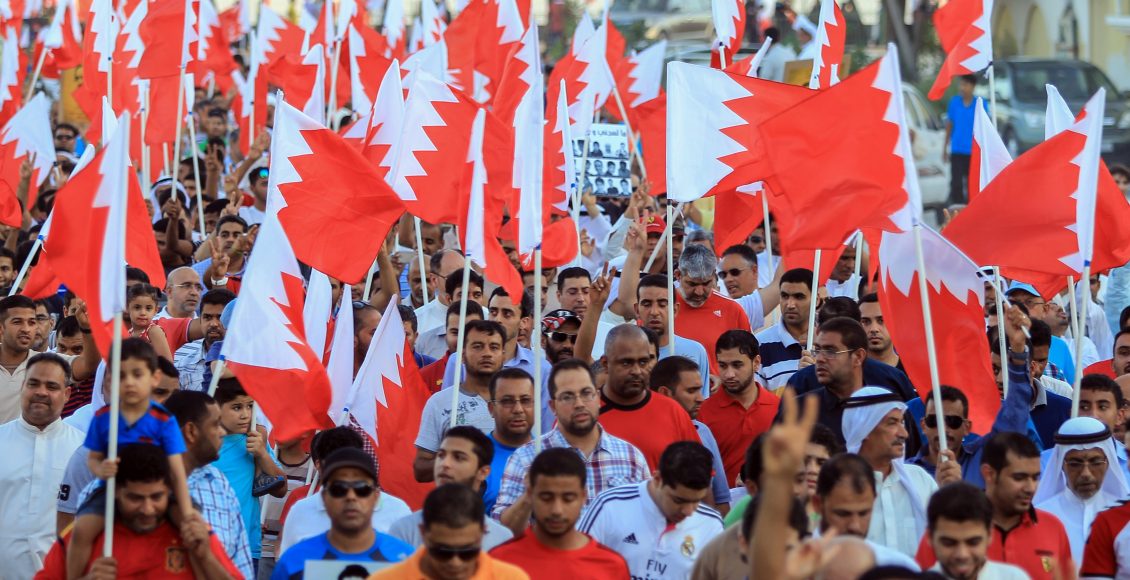 First to the good news, at least from the perspective of the government of Bahrain and its supporters. Despite an opposition call to boycott the vote, turnout, at 67%, was impressively high. The government did not release the number of spoiled ballots but one observer estimated it to be around 5%. The banned political society AlWefaq claimed the turnout was 30%.

The number of women elected to the 40 member Council of Representatives doubled to six with one, Fawzia Zainal, expected to be named speaker. The significance of that should not be overlooked or underestimated. In a region where women still face huge obstacles, Bahrain has taken a big stepforward.

Sixteen political societies participated in the election which would seem to justify the government’s claim that voters had ample choice.  However neither Al Wefaq or the other banned society Wa’ad were allowed to enter the election and in Al Wefaq’s case its leader Sheik Ali Salman has been jailed for life on charges that independent analysts regard as utterly specious.

Earlier this year, the outgoing parliament passed a law that prohibited anyone from the banned political societies from running. Additionally several who may not have had connections to Wa’ad or Al Wefaq were disbarred.In one case a candidate who put himself forward was told that an anti-regime comment he made in 2004 warranted his candidacy being disallowed. “We could not forget your past,” he was told.

Given how the regime carefully managed the election, it is unsurprising that the campaign was run without controversy. “Troublesome”candidates were excluded and those that ran discussed little of substance. As one observer put it “It was very polite and low key. There was no noise.”

In many ways this was a vote designed to impress Bahrain’s western allies and by and large it worked. In a region where there is little democracy and what there is struggles to move forward, this tiny Gulf kingdom can boast of an elected parliament and one where women have achieved historic firsts. It can point to an historically high voter turnout despite opposition calls for a boycott. It can say, as the long serving justice minister and head of the Supreme Elections Committee  Sheikh Khalid Bin Ali Al Khalifa put it, “Bahrain is living a new chapter in democratic development.”

All of that may well be true. But behind that truth lies another one. You can find it within the walls of Jau Prison where thousands of regime opponents are detained.  Among them are the human rights activists Nabeel Rajab and Abdulhadi Alkhawaja. In manifestly unfair trials Rajab received a five year term and Alkhawaja was sentenced to life imprisonment.

Or it can be found at the entrances to the towns and villages outside the capital Manama where residents are required to show ID cards at police checkpoints to go to and from their homes to get to work and school.

You could  also point to the number of Bahrainis who have been stripped of their citizenship.  It is now close to one thousand in a country with an indigenous population of 650,000. To put that figure into context, were the same policy applied to the UK, one million Britons would be made stateless.

You could reflect the views of those who did vote but did soin a mood of quiet despair: “The opposition is crushed, the democratic process is being rolled back, it’s business as usual,” was how one put it.

Or you could note the views of someone who chose not to turn out: “After everything that has happened to us, I did not feel that I wanted to vote.” The despair is palpable.

Before the election the outgoing speaker had issued a threat that those who did not vote could see their housing opportunities affected or access to early retirement  benefits denied through the passage of a law forcing all eligible voters to cast a ballot.

The justice minister said that no such law was being considered but it took him a week to do so. And in a country where so many have been arbitrarily detained and otherwise abused by the state and its security forces the threat continued to hang in the air, even after his belated denial.

On social media a campaign was run suggesting that those who failed to vote were complicit with Iran – it is a longstanding claim of the regime that anyone who calls for democratic reform or criticises the ruling Al Khalifa family is serving the interests of Teheran.

Voters were required to bring their passports and they were stamped opposite the photo page you need to show immigration officers when you are leaving and entering the country. Bahrainis who are deemed critics of the regime may be refused permission to travel and it often happens only after arrival at the airport. A passport without the voting stamp could be enough to prevent a traveller from boarding his or her flight.

It was subtle and nuanced, a managed language of veiled and implied threats. But that alone does not explain the high turnout.  Voters who had previously supported Al Wefaq ignored the boycott call. As one put it, “there is respect for Wefaq but the times have changed.” Put simply Al Wefaq has lost the street.

The Bahrainis who in their tens of thousands took over Manama’s Pearl Roundabout in 2011 to call for peaceful reform no longer believe that meaningful change is possible.  After nearly eight years of draconian repression and of political and economic stagnation they have lost hope.

In the short to medium term the regime has prevailed. It has satisfied its western allies and solidified its grip on power through the mechanism of a highly controlled parliamentary election. While doing so, the ruling family has made no concessions to its critics.  The hardliners within the family, including the justice minister, remain in the ascendancy.

But it is hard to see how in his words Bahrain is “living a new chapter.” For many Bahrainis there is nothing new about it and it remains a dark and very troubling story.