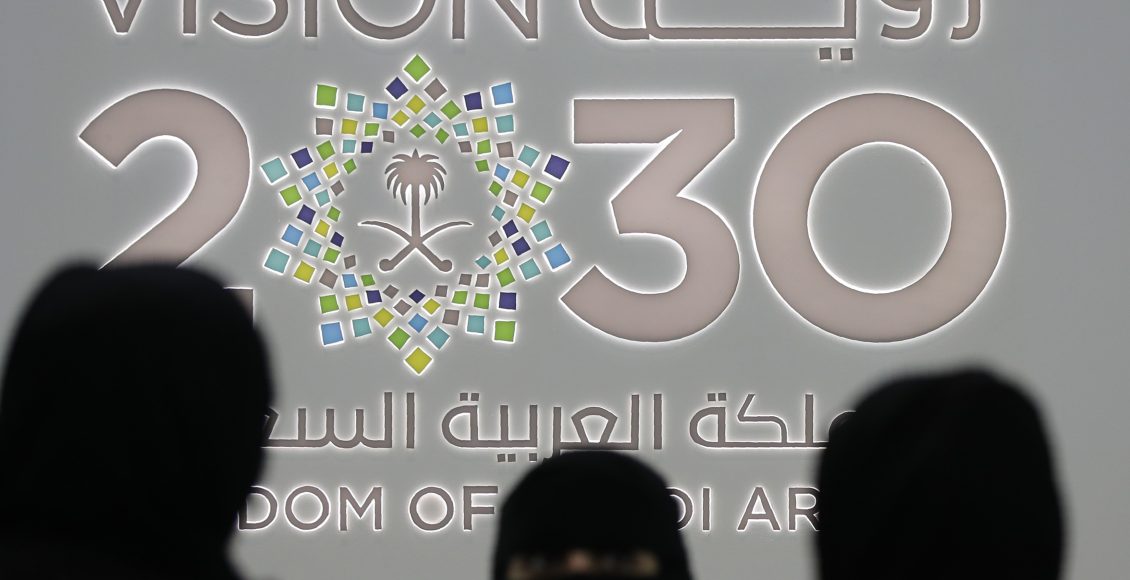 Two years and counting into the radical transformation of the Saudi economy known as Vision 2030, a key component of the strategy – to empower the private sector and significantly reduce unemployment – remains stalled.

Figures recently released by the government show the unemployment rate remaining at 12.9%, a stubbornly high and alarming number given that roughly 60% of the population is under 30. Youth unemployment is running at 25% and the so-called youth bulge continues to grow exponentially.

Most of the new employment that Vision 2030 is supposed to create needs to come from the private sector. The government has called for the creation of 1.2 million jobs by 2022. Yet the private sector, intended to be the source for those jobs, is struggling in a sluggish economic landscape.

Small and media enterprises (SMEs) are the most likely place to find new jobs for young Saudis. And the government has aggressively pursued Saudization policies in, for example, the retail sector but the plan has hit a major snag: many young Saudis do not want to work for the wages that are on offer. Jobs in the government sector pay better and have much more attractive benefits. They are also less demanding.

Making a difficult situation worse, after decades of relying on foreign workers, a major push is on to drive down the number of foreigners working in the kingdom. The expat workforce has shrunk by 700,000 people since 2017 and continues to fall rapidly. And that has had an adverse impact on consumer spending, particularly for SMEs who are being asked to create jobs for Saudis even as they see their income shrinking. At the same time SMEs are being required to let go of the foreign workers who make up 80% of their workforce.

There are solutions available to address the problem but none of them come without significant cost at a time when the government is striving to reduce its public spending deficit. One suggestion, examined by the IMF, is to explore wage subsidies to private firms to bring salaries more in line with the public sector. Another approach would be to provide unemployment insurance. Or, and this is the easiest but also the most expensive option, put young Saudis into government jobs.

Creating more jobs in government is a trap that previous Saudi economic plans have consistently fallen into. It also runs against the grain of Vision 2030 which sees a downsizing of the public sector as a core component of activating and energizing the private sector.

But faced with high unemployment, jobs in the public sector may wind up being the default response in part because another area where delivery is stalling is education. The government has talked a good deal about re-tooling the education system to make it fit for purpose but it has yet to walk the talk.

There is an urgent need for vocational skills training and for a focus on scientific and technical skills. It has long been acknowledged that despite massive spending, the Saudi education system continues to produce very poor results by international standards. Both the quality of teaching and the curriculum fall below the bar necessary to provide young Saudis with the skill sets to deliver Vision 2030.

There is still time, and certainly there is the financial clout – the rise in oil prices has enabled the government to slash its deficit by more than 60% – to sort out the malaise that Vision 2030 is slipping into.

But it requires more than just a reset of the wildly optimistic targets first trumpeted back in 2016. It needs thoughtful and pragmatic leadership and that would seem to be in short supply in Riyadh.

The Crown Prince Mohammed Bin Salman, the driving force behind Vision 2030, has shown a predilection for grandiose projects such as Neom, the $500 billion city to be built in the north of the country and driven by artificial intelligence. He remains deeply entangled in the murder of the journalist Jamal Khashoggi and many foreign investors are concerned about the lack of judgement he has shown in a number of situations from the war in Yemen, to the blockade of Qatar and the rounding up of senior businessmen and leading members of the ruling family in November of last year.

A focus on domestic issues, especially job creation for young Saudis, lacks the sort of pizazz that the young crown prince craves but it is precisely on how he handles such bread and butter issues that his legitimacy to lead the country rests.