Can the terrible death of Jamal Khashoggi help end the Yemen war? 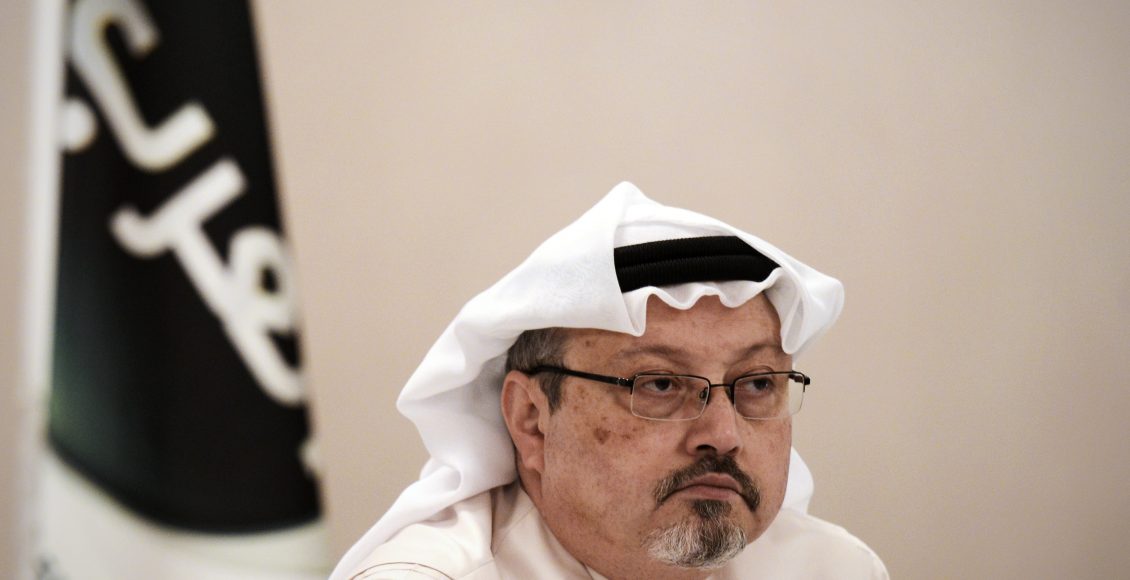 There is a link between the disappearance and murder of the Saudi journalist Jamal Khashoggi and the terrible war in Yemen that after more than three years continues to grind on relentlessly. The link is the Saudi crown prince Mohammed bin Salman.

When MBS, as he is known, decided to launch a war against Yemen’s rebel Houthis together with the Abu Dhabi crown prince Mohammed Bin Zayed, he assumed that with massive air power he could bomb the Houthis into submission within a few weeks. A quick win would burnish his reputation as a warrior prince in the mould of his grandfather, the great Ibn Saud, founder of the modern kingdom of Saudi Arabia.

More than three years on with over 10,000 civilian casualties, many of them caused by indiscriminate bombings, infrastructure destroyed, families shattered and the country on the cusp of the world’s worst humanitarian disaster, MBS persists in his aerial campaign.

It was a heinous and fundamental misjudgement but this arrogant young man, still only 33, refuses to admit his blunder. And the Yemeni people continue to pay an appalling price, attacked on the ground by the Houthis, caught in the splintering of rival militant factions, bombed in the air by the Saudi coalition (with weaponry sold to the Saudis by Britain and America.)

Were this to be one error of judgement, it would more than suffice to condemn MBS, though the world, seemingly mesmerized by a cleverly spun narrative that he is a visionary moderniser, has chosen largely to allow him a free hand in Yemen.

But when MBS pushed aside his rivals to the throne, Mohammed bin Nayef, the once powerful interior minister and Miteb bin Abdullah the head of the Saudi National Guard in 2017, his ambition knew no bounds. Encouraged by the president of the United States, Donald Trump and by the president’s son in law Jared Kushner with whom he had formed a very close bond, the crown prince launched into a wave of reckless and ill-thought through actions.

In June of 2017, he and Mohammed Bin Zayed declared a land, air and sea blockade of fellow Gulf Cooperation Council (GCC) member Qatar. Again, the assumption was that the Qataris would surrender in quick order. Instead they stood their ground, using friendly relations with Turkey and Iran, their own vast hydro-carbons wealth and the initially laggard but ultimately crucial support of the United States to weather the assault. Today the dispute goes on and the GCC is ruptured. Iran – the avowed enemy of MBS’s quest to seize the mantle of hegemonic regional ruler – has, without so much as lifting a finger, emerged as the only clear winner.

In September of last year MBS began a round up of moderate religious leaders, including Salman Al Awdah, now facing the death penalty. He arrested young online activists and bloggers, most of whom had offered only mild and temperate criticism. It was another blunder because these are precisely the people who would have helped him to realize his radical and revolutionary transformation of the Saudi economy and society, Vision 2030.

Announced to great fanfare in 2016, Vision 2030 is intended to wean the kingdom off its oil dependency and to invigorate the private sector by amongst other measures creating opportunities for women. All laudable goals and goals that Jamal Khashoggi supported. But Khashoggi, sensing he was next on the list to be taken, left the country in September of last year and took up his journalistic mission at the Washington Post. There he continued his trademark of writing journalism that was thoughtful, balanced and constructive. And while he became a harsher critic of MBS as the crown prince reinforced a campaign of fear and repression inside the kingdom, he never lost faith that Vision 2030 had within it the potential to achieve great and good change.

Mohammed bin Salman’s next gambit was to round up over 200 leading businessmen and senior members of the ruling family. They were held at the five star Ritz Carlton Hotel in Riyadh. At about the same time the Lebanese Prime Minister Saad Hariri, effectively held prisoner in Riyadh, appeared on Saudi television looking haggard and drawn to announce he was resigning.

Mr Hariri was saved by the intervention of the French President Emmanuel Macron and ultimately returned to Beirut where he promptly withdrew his resignation. The prisoners of the Ritz Carlton were not so fortunate. In order to secure their release they were forced to turn over most of their assets to the government. It was a classic, mafia-style shakedown.

However, these were individuals with close ties to Western business, exactly the sort of people you would want at your side as you pitched for foreign investment to power forward Vision 2030. Instead they were cowed and humiliated, their passports, as well as their businesses, taken away.

MBS garnered huge international acclaim by allowing women to drive. He then began to arrest the women who had led the campaign because he did not want to give the impression that women were in any meaningful way gaining power in the kingdom. That would have threatened him.

When, in the summer of 2018, the Canadian foreign minister decried the arrest of Samar Badawi, the sister of the jailed blogger Raif Badawi, the Saudis reacted with fury, sending the Canadian ambassador home, recalling theirs and pulling thousands of Saudi students out of Canadian universities. A bemused world watched and said little. Donald Trump’s spokesperson said America was not going to take sides. The Canadians to their credit stood their ground and reiterated their support for fundamental human rights.

When in late August the Saudis announced they were shelving the IPO of Saudi Aramco, it was a belated acknowledgement of what had long been suspected. Selling off shares in the world’s largest energy company would require the sort of transparency that the Saudis simply could not provide. The ultimate boss of Saudi Aramco, a company supposedly independent of the ruling family, is Mohammed Bin Salman.

Yet even with all these unforced errors and strategic blunders Mohammed Bin Salman, aided and abetted by the Trump administration, was still able to project the moderniser image. He was looking forward to another glittering Riyadh conference, “Davos in the Desert” the second annual Future Investments Initiative. The first which happened just ahead of last’s year’s Ritz Carlton arrests had been an enormous success.

And then came the disappearance and brutal murder of Jamal Khashoggi. Finally the world recoiled in horror. Major sponsors and powerful politicians and corporate leaders have pulled out of Davos in the Desert. It is a political and financial catastrophe for MBS and a personal humiliation.

I began this column by writing of the linkage between Yemen and Khashoggi’s killing. His death has galvanized governments on both sides of the Atlantic and finally serious questions are being asked about British and American involvement in that war.

Jamal Khashoggi, whom I first met in 2002 was a kind and gentle man, a brave journalist and a great Saudi patriot who loved his country deeply. Would that his murder helps bring an end to this awful Yemen conflict and thereby helps make some sense out of his awful and senseless death.