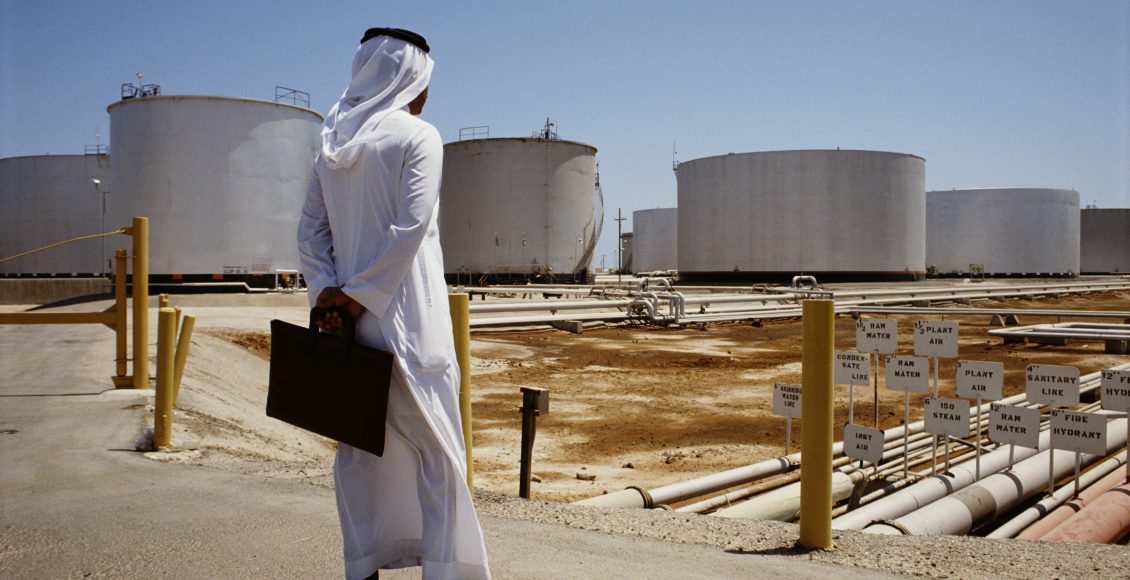 When then Saudi deputy crown prince and now crown prince Mohammed bin Salman, or MBS as he is known, mused in early 2016 that he believed it was “in the interest of the Saudi market and in the interest of (Saudi) Aramco” to sell shares in the world’s largest energy company he caught senior Aramco executives and market analysts and observers off guard.

The idea that a portion of the ruling Al Saud family’s crown jewel and main source of its vast wealth would be sold off in an initial public offering (IPO) immediately raised questions. Though Saudi Aramco ostensibly operates as a company separate from the Al Saud family, it remains in many ways an opaque concern. For an IPO to work much more transparency would be required, a point that MBS seemed to embrace, opining that, were it to happen, “(the IPO) is for the interest of more transparency, and to counter corruption, if any, that may be circling around Aramco.”

By April of 2016, just ahead of the release of Vision 2030, the ambitious reshaping of the Saudi economy, with its concomitant reordering of the kingdom’s social norms and values, MBS added substance to those earlier musings. In valuing the company at US$ 2 trillion, a figure that many in the energy sector thought wildly optimistic, and selling off some 5%, he reckoned that US$100 billion would be raised for the kingdom’s Public Investment Fund (PIF).

The fund is designed to be the engine room driving forward the economic diversification that is supposed to wean the country off its oil dependency. As MBS put it: “within 20 years we will be an economy or state that doesn’t depend mainly on oil, whether from profits of the PIF or other sources of income.” (A bold claim but one MBS was comfortable making as, in his capacity as president of the all-powerful Council of Economic and Development Affairs, he directly controls the PIF.)

In 2016 MBS said he was “trying to push for (the IPO) to be in 2017.” That, rather like his valuation of Aramco, has proved to be overly optimistic. Nonetheless, at the time, major banks including JP Morgan and Morgan Stanley rushed to manage the sale of shares, while the leading global stock markets, London and New York, vied to hold the IPO and gain the Aramco listing.

But ardour cooled when legal experts pointed out that should the New York Stock Exchange win Aramco, the Saudi government would be open to claims from victims of the 9/11 terror attack via the JASTA act (Justice Against Sponsors of Terrorism Act.) Fifteen of the nineteen hijackers were Saudi citizens, including the attack leader Mohammed Atta. In March of 2017, a class action suit was filed on behalf of 1500 injured survivors and 850 family members of murdered victims. The suit alleged that Saudi Arabia “knowingly provided material support and resources to the al Qaeda terrorist organization and facilitated the September 11th attacks.”

And concern mounted when, in November 2017, MBS arrested hundreds of senior businessmen and ruling family members on vague charges of corruption. They were released only after agreeing to turn most of their assets over to the government. Many of those arrested, like Prince Al Waleed bin Talal, had significant ties to western investors.

The IPO faced a different challenge in London where the stock exchange had drawn criticism for its willingness to bend rules on transparency in order to secure the Aramco listing.

By then, the Saudis had already pushed back the IPO but continued to insist it would happen in late 2018. It was not to be. On August 22 of this year the government announced it was suspending the sale of shares.

That left the PIF looking a little bare in the cupboard, especially after MBS had committed the fund to massive undertakings such as a new city in the north of the country, Neom, incorporating the latest developments in artificial intelligence. The price tag for constructing Neom is US$500 billion. Other investments he has agreed to include US$45 billion to a technology fund run by Masayoshi Son’s Softbank and US$20 billion invested in a US infrastructure fund run by Blackstone Group LP.

So where to find that missing US$100 billion? Quick as pulling a rabbit out of a hat, Aramco announced it was exploring the purchase of the 70% stake the PIF holds in the Saudi petro-chemical firm SABIC. That could raise an estimated US$70 billion for the fund. All very neat and tidy, too neat critics may suggest as it underlines both the lack of transparency and the absolute control that one individual, MBS, has over a sector that is supposedly independent of the government. That too has scared off potential investors.

The postponement of the IPO and the SABIC buy-out do not come without a cost. As Moody’s Investor Service notes in a comment released 3 September “economic diversification will either be scaled back or financed by higher direct or indirect public sector debt issuance.” The Aramco takeover, Moody’s notes, will have to be financed largely with debt. It adds “significant reliance on debt issued by government-related entities will increase contingent liability and eventually exert negative pressure on Saudi Arabia’s credit profile.”

Mohammed bin Salman has been hailed in the west as a moderate and a reformer, a leader with whom the world can do business. But that reputation has suffered significant damage from the ongoing war in Yemen, from the sweeping arrests of women activists, businessmen and clerics and from the continuing feud with fellow Gulf Co-operation Council member Qatar.

Critics wonder too about his handling of the PIF. Having inherited two huge white elephants, the King Abdullah Economic City, sitting virtually empty on the Red Sea north of Jeddah and the King Abdullah Financial District outside the capital Jeddah, does the country really need Neom, yet another grandiose project with an enormous price tag?

Masayoshi Son has boasted about the ease with which, in a meeting with MBS, he secured the US$45 billion for his Softbank Fund “I got $45bn in 45 minutes, that’s $1bn per minute.” Not exactly due diligence from MBS, a man who behaves like an autocratic CEO hell-bent on a fast track rebranding of his company.

But Saudi Arabia is not a company, it is a country and a conservative one at that. That’s a simple fact Mohammed Bin Salman in his impatient quest for greatness would do well to note.