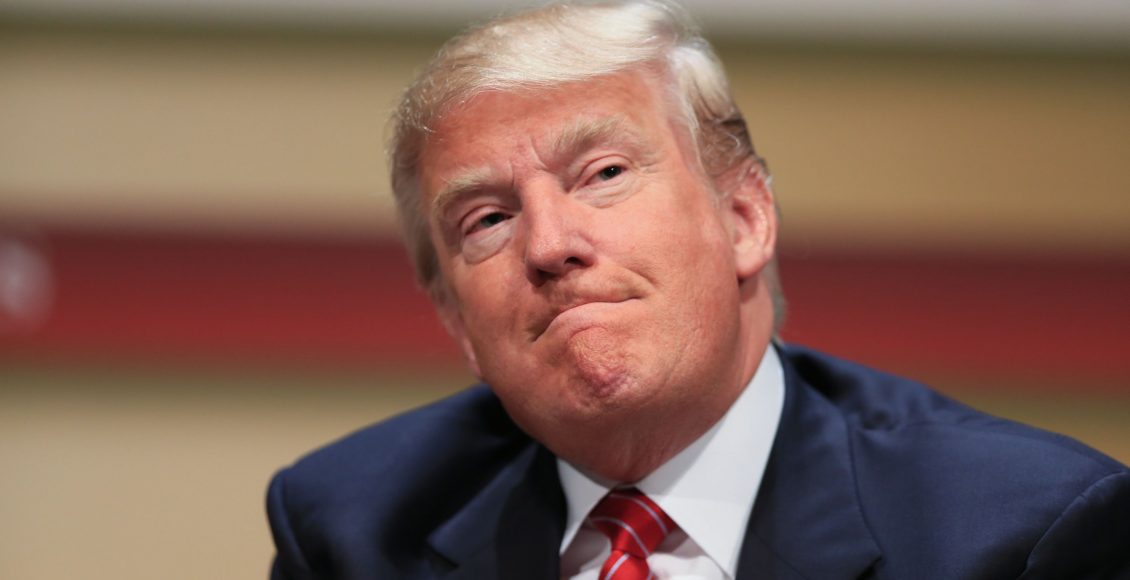 Donald Trump’s foreign policy approach to the Middle East, such as it is, is a wild zigzag of a ride that is now being driven largely by his National Security Advisor John Bolton. Bolton’s grand idee fixe is to effect regime change in Iran. In order to do that he needs to capture the attention of a president who complains often and bitterly that America’s friends and allies never, ever do enough.

When Donald Trump peevishly asks why American soldiers remain in Syria while its Arab neighbours do next to nothing to assist in finishing off ISIS, John Bolton pops up with a ready answer by calling for the formation of an Arab force. The force would consist of troops from the Gulf Co-operation Council (GCC)- Saudi Arabia, the United Arab Emirates, Bahrain, Kuwait, Oman and Qatar- as well as Egypt and Jordan.

When Bolton floated the idea he was either blissfully ignorant or wilfully malicious in suggesting Qatar be part of the force. The Qataris are engaged in a bitter feud with the Saudis, the Emiratis, Bahrain and Egypt – the so-called quartet – who have waged a land, air and sea blockade for more than a year. The feud, largely driven by the Emiratis and the Saudis, has plunged to new depths of absurdity with Saudi Arabia, among other things, pirating Qatar’s World Cup television rights and threatening to dig a canal to turn the country, which juts like a thumb off the Arabian Peninsula, into an island.

Meanwhile, Egypt has more than enough of its own brutal insurgency to cope with in the North Sinai with ISIS affiliate Ansar Beit al Maqdis (ABM). Even were the Americans to use the big stick of threatening to cut off aid to force Egypt on board, it is highly unlikely the Sisi government would comply: though it may be more than five decades ago Egyptians well remember an intervention in Yemen that destroyed a large part of the army in what came to be called their country’s Viet Nam.

Speaking of Yemen, Bolton’s army, for it to have any hope of success, would be largely reliant on the Emiratis and the Saudis. But they are embroiled in a three year war that has brought huge misery to the people of the Middle East’s poorest country. The war remains largely stalemated with Saudi Arabia in particular having precious little to show for their efforts, which include the destruction of essential infrastructure and the killing and maiming of thousands of civilians with an aerial bombing campaign that in its savagery has brought international condemnation down on the Saudis’ head.

The Emiratis, fondly referred to as “Little Sparta” by US Defense Secretary Jim Mattis, may well be up for a further military adventure that would buttress their foreign policy ambitions but Saudi Arabia with an ongoing war on its southern border would be well-advised to steer clear.

Jordan, for its part, finds itself deep in an economic and political crisis that has been exacerbated by the more than 1 million Syrian refugees that have flooded into the country. The last thing on King Abdullah’s mind, surely, is to join a campaign that would see a Sunni Arab army enter a country that is increasingly back in the hands of the Alawite dictator Bashir Al Assad, backed as he is by Shia Iran and by Russia.

So Bolton’s Arab army is a fantasy woven out of ignorance and wishful thinking, one unlikely ever to see the light of day. Or will it? Given that he wants to overthrow the current regime in Tehran, a Sunni fighting force that found itself in Syria and in conflict with Hezbollah and soldiers from Iran’s Revolutionary Guard Corps could be just the spark that triggers the war that Bolton is eager to pursue.

His dilemma is that it must be a war that the US contributes to but does not lead. Trump’s base is well fed up with American military interventions in places they do not care about and indeed may have only vaguely heard of. No American boots on the ground, then. Logistical support, leading from the rear and being in coalition with an aerial bombing campaign, that’s about as far as Trump can afford to go.

That is, however, well beyond where his defense secretary and the Pentagon are prepared to go. Mattis has been careful, noting for example that military options towards Iran remain viable and on the table but steering well clear of the sort of inflammatory language that Bolton is prone to use.

The difficulty is that the defense secretary is an increasingly isolated figure. More than one year into his presidency, Donald Trump no longer feels the need to surround himself with people who refuse to pander to him and to give him assurances of personal loyalty. Buoyed by what he sees as his success with the North Korean dictator Kim Jong Un, Trump believes that, like trade wars, foreign policy is an easy win. He is surrounding himself with people who flatter his gargantuan and demanding ego and reassure him that yes, Kim Jong Un will dance to the tune you play when all the objective evidence leads to the supposition that it is America that is likely to do the dancing.

It has been said of John Bolton that he “kisses up and kicks down.” He knows how to play the game, how to play up to Trump and how to bully those around him to get to where he wants to go. Make no mistake about it, John Bolton wants regime change. To get that, he wants America’s allies in the Middle East, one way or another, to go to war with Iran and as of now he couldn’t be better placed to push for that goal to become a reality.