A step in the right direction: Bahrain’s bid to end the kafala system 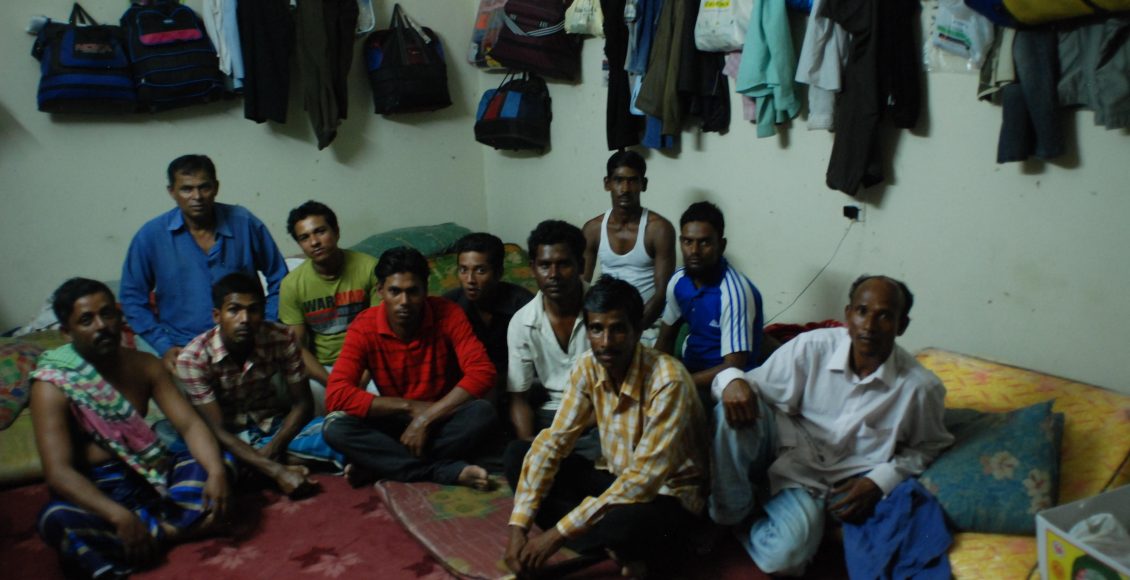 We journalists are often accused, and not without merit, of focussing on the negative and ignoring the positive. The good stories, we are told, are not getting the attention they deserve. So allow me to write about what looks to be a positive step on the long, long road toward ending migrant worker abuse in the Gulf states.

In July of last year the small Gulf island kingdom of Bahrain unveiled a programme squarely aimed at freeing workers from the notorious kafala or sponsorship system which ties them to an employer under conditions that critics say resemble modern-day slavery. Legislation outlawing the practice had been on the books since 2009 but a lack of enforcement meant that kafala, unofficially at least, remained pretty firmly in place.

Like every other Gulf state, Bahrain relies hugely on migrant workers. They make up over 80% of the workforce and roughly 50% of the population of 1.4 million. The large majority of foreign workers are in unskilled, low paid jobs in the service, construction and domestic workers sectors. Not coincidentally it is in those sectors that exploitation and abuse have continued to flourish.

It was a situation that the head of the Labour Market Regulatory Authority, Ausamah Al Absi, was determined to fix. At a recent conference in London sponsored by the South Asia & Middle East Forum a suave and energetic Mr Al Absi noted that a system that locked workers into one job, prevented them from travelling and gave little or no access to address grievances and abuses was “unacceptable in civilised society,” adding in something of an understatement “not every employer behaved ethically or humanely.”

His solution was the “flexi permit” which enables migrants, including those who lack documentation and are therefore “illegals”, to work without a sponsor, in effect to be self-employed and to work full or part time within a scheme that includes medical insurance and voluntary social insurance. The permits, known as blue cards, last for two years and can be renewed indefinitely.

Take up, however, was slow. The expectation was that 500 permits would be issued per week but in the first week of the programme only 130 were released. To improve the situation, the regulatory authority is currently on a media blitz to get the word out, one that includes a slickly produced video that asked migrants three questions: how long have you been in Bahrain; how long have you worked illegally; how are you feeling after getting the blue card? Needless to say the reply from participants to the final question was unequivocally positive.

Mr Al Absi told the London gathering that, in a bid to boost numbers, blue card eligibility for illegal workers will be expanded “in the near future.” Currently so-called “runaways”, people who flee abusive and cheating employers, remain ineligible.

Rolling out a new project, getting the word out to hundreds of thousands of workers in multiple languages was never going to be an easy job. But the task has been made all the more challenging thanks to the high cost. On top of the initial BHD449, holders must also pay BHD30 a month bringing the total for two years to  BHD1169 (about USD3200). For most migrants that is a staggering amount of money.

The advocacy group Migrant-Rights notes “Though Bahrain does not have a minimum wage, reports indicate that around 350,000 migrants earn less than BHD200 a month.” That’s a little more than USD500. Bearing in mind that these workers remit most of their pay to families back home and still have many of their own living expenses to cover, the fee is, as Migrant-Rights bluntly says “exorbitant.” A Pakistani worker speaking with a local newspaper put it this way: “The amount is large and many workers cannot secure it even if they work 24 hours a day.”

Much remains to be done to secure fair and acceptable treatment of migrants including, I suggest, a review of the fee structure. Nonetheless this is still a significant step. Freeing overseas workers from the pernicious kafala system both empowers and protects them and should it gain the sort of traction Ausamah Al Absi  says he is determined to see, it will have a major impact.

Asked if Bahrain could be a leader in the way in which the region treats migrants, Mr Al Absi demurred saying only that he wants Bahrain to get it right. Still if the Bahrainis do just that, it cannot help but influence how other Gulf states behave toward several million migrant workers who with all too rare exceptions have been treated very badly indeed.