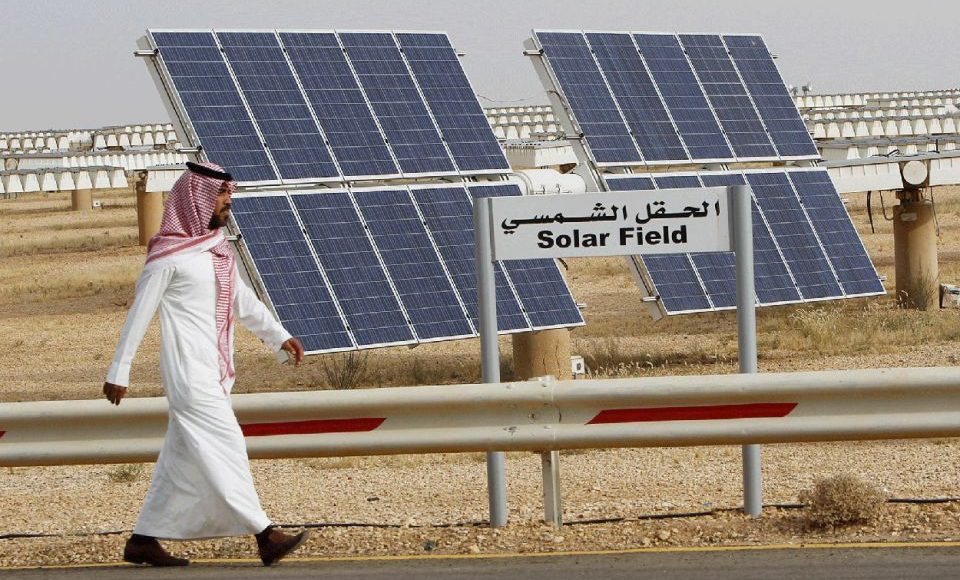 With the announcement on February 5 of a major new energy deal, Saudi Arabia has sent a clear signal that it is seriously committed to developing solar power in a significant way as part of a larger campaign to wean the country off oil dependency.

The deal signed with the Saudi company ACWA Power calls for the construction of a solar farm in the city of Sakaka in the northwest of the kingdom. According to Turki al-Shehri, the head of the government’s Renewable Energy Project Development Office (REPDO), the project will cost $300 million, provide energy for 40,000 homes and create hundreds of jobs. Al-Shehri, who was recruited from a senior post at Saudi Aramco, is bullish about the future of renewable energy and its ability to help power economic diversification: “We want to see results from 2018 onwards. The Kingdom of Saudi Arabia has a very strong industrial base and we want to expand it.”

Towards that end the government has said it is committing an additional $7 billion by the end of 2018 in order to build 7 more solar plants and a wind farm. The commitment to renewables is a central tenet of Crown Prince Mohamed bin Salman’s Vision 2030, a radical reformation of the Saudi economy first announced in 2016. As the Vision 2030 document notes “From inputs such as silica and petrochemicals, to the extensive expertise of our leading Saudi companies in the production of different forms of energy, we have all the raw ingredients for success.”

Towards achieving the goal of a viable renewable energy sector, the kingdom has set an ambitious, some would argue overly ambitious, target of generating in excess of 9.5 gigawatts of the kingdom’s electricity from renewables by 2023.

There are sceptics who will argue that this is yet another grandiose scheme that will inevitably founder in the sands of bureaucratic inertia but the announcement of the Sakaka project rather puts the lie to the sceptics. Proponents of renewable energy also point to a hard reality that is starting to make solar a far more viable option.

Roughly one quarter of the kingdom’s oil production is being sold at cost, $4 bbl, to run hugely inefficient, environmentally unfriendly plants generating electricity in a country that just keeps demanding more and more of it. At peak times domestic consumption of oil amounts to 900,000 bbl per day. With the price of crude running above $60 bbl on the world market, oil for local use equates to tens of billions of dollars in lost revenue. That’s money the kingdom sorely needs to, among other things, help finance Vision 2030.

Consider too, that for Mohamed bin Salman’s audacious refit of the Saudi economy to work, he is going to need plenty of inexpensive electricity. For sectors that he seeks to either create or energize, such as entertainment, defense industries or affordable homes construction, cheap power is an essential requirement. Further compounding the challenge, domestic consumption is increasing at a rate of 7%, as the population continues to expand rapidly while thus far showing little inclination to conserve when, with electricity rates still subsidized, there is little incentive to do so.

Clearly such a situation is unsustainable and so solar is starting to make a lot of economic sense.   As ACWA Power CEO Paddy Padmanathan, speaking of a “game changer” says: “All of a sudden, renewables are becoming a very competitive proposition.”

Especially if you factor in that, rather than buying the panels from abroad, China mostly, you make them yourself, using polysilicon. And polysilicon is derived from quartz or pure sand of which, it need not be pointed out, the kingdom has a huge abundance.

The goal is not just to build panels for the domestic market but ultimately to export them to the world, along with renewables technology, research and development and in so doing create high tech jobs for Saudi Arabia’s ambitious, educated and fast growing youth population. Learning from past experience and previous mistakes that saw for example Saudi crude exported and refined elsewhere with consequent employment lost, REPDO has made jobs a key component of the tendering process. If companies want to secure contracts they must commit to ensuring opportunities for young Saudis.

“The initial rounds of tenders will focus on job creation while future rounds will have the objective of being able to meet our export potential through a competitive local industry,” is how Turki al-Shehri puts it.

So inexpensive, energy efficient, carbon friendly and job creating – what’s not to like about Saudi’s solar future?

The challenge that the rising solar industry and the government face is all about turning around a country and a culture that has always placed oil first.  That’s not to say that oil won’t remain the most important energy source -it will for some decades to come. Rather it is to make the case politically, environmentally and economically that solar can be a very useful junior partner, one that will free up hydrocarbons for the world market whilst liberating Saudis from an increasingly unhealthy addiction to oil. Seen from that perspective, the Sakaka project is a pretty big step in the right direction.