Freedom and the Gulf 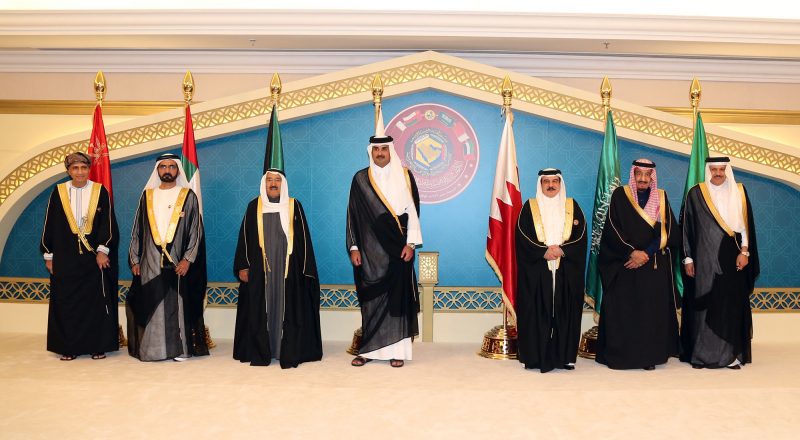 I wonder if anyone reading this can imagine living in a state where criticism of the rulers results in life imprisonment, where human rights activists are given long sentences because they dared to challenge authority, where a son who tweets in support of his jailed father is himself jailed and when his sentence is served continues to be held, where death sentences are handed down using evidence secured under torture.

This is happening now not in one Gulf state but in three. Those states are Saudi Arabia, Bahrain and the United Arab Emirates (a federation of seven small emirates that includes Dubai and Abu Dhabi.) The silencing of opponents has of course been going on for several years but in the last year the pace has accelerated dramatically. The seizure of individuals has become a remorseless drive to crush any and all dissent.

It is happening now with such regularity that I find myself almost numb. But let me try and shake myself out of numbness by putting names to some of the numbers.

On 25 January, in a Saudi courtroom, Mohammed al Otaibi and Abdullah al Attawi received 14 and 7 years respectively. There principle crime was the setting up, in 2013, of an unlicensed organisation, the Union for Human Rights.

Shamefully in May 2017 Qatar turned Mohammed al Otaibi over to Saudi authorities. He was arrested at the airport in Doha while in transit to Norway where he had been granted asylum status. It was an action intended to placate the Saudis who were angry over Al Jazeera, Qatar’s alleged support for the Muslim Brotherhood and various other perceived slights. It didn’t work and just a few months later they and the Emiratis launched an economic and diplomatic blockade of Qatar. For the Qataris, Mohammed al Otaibi was nothing more than a pawn in a larger game.

In the UAE, Osama al Najjar continues to be detained in what the authorities are calling a “counselling centre,” a nice Stalinist turn of phrase. It is said that he continues to represent a danger. This is after serving his full sentence of three years in March 2017. His crime was to tweet in defense of his father who along with dozens of others was given a lengthy prison term after a trial that international human rights organisations condemned as manifestly unfair.

Moosa Abdulla Moosa was sentenced to death in a Bahraini court on 1 February 2018, convicted in the killing of a police officer. That happened in a mass trial in which 13 others received life sentences, 8 got 15 years, 4 were given sentences of between 3 and 5 years and six were acquitted. Of those convicted all but one had his Bahraini citizenship revoked. Human rights organisations allege that the confession used to send Moosa to the gallows was secured through torture.

Just the day previous, on 31 January in another Bahrain court and another mass trial, two were sentenced to death, 19 were given life and another 37 received sentences of between 3 and 15 years. Two people were acquitted. A total of 41 had their citizenship revoked. All of those being tried are Shia Muslims, the majority population in a country ruled by the Sunni Al Khalifa family.

Since 2011, the Bahraini authorities have revoked the nationality of over 550 people, including at least 150 in 2017 alone. And at the end of January, 8 Bahrainis who were previously stripped of their citizenship were deported. As Amnesty International notes: “Turning citizens into stateless people and banishing them by forcing them to leave the country is a violation of international law.”

Let me go back to the individuals that I have named and allow me to repeat their names: Mohammed al Otaibi, Abdullah al Attawi, Osama al Najjar, Moosa Abdulla Moosa. They are men with families who care deeply about them. They are fathers, brothers, uncles, sons. They unquestionably were the victims of abusive treatment in detention before their trials. I cannot speak to the merits of their individual cases though I believe that in all cases they did not receive even a modicum of justice. I can only say that there are many more that I could name: Raif Badawi, Nabeel Rajab and Ahmed Mansoor spring to mind.
And I know that in naming only them I do an injustice to the hundreds upon hundreds of others unfairly incarcerated in GCC jails.

There is a great deal of talk about how the Saudi Crown Prince Mohammed bin Salman is bringing a new face to the kingdom as he goes about transforming the economy, liberalizing society while he is busy recreating Saudi Arabia’s global brand in his own image. Dubai is seen as an open and tolerant place, a comfortable playground for western tourists and a hot global business hub. Bahrain, if the UK government is to be believed is carrying forward its commitment to reform the police and the judiciary. These are all, to lesser and larger degrees what used to be called the Big Lie. Now I suppose you could call it fake news.
The truth is ugly and perhaps that is why our government chooses to ignore it. Civil liberties, freedom of association, a free and independent media, free speech, a fair judiciary these are all lacking in the Gulf states.

The people calling for freedom are incarcerated and silenced. We by our silence are little better than co-conspirators. There was a time when we used to speak out about abuse. Have we forgotten that? Have we lost our voice, we here in the free world? Will we find it anytime soon? Will anything change?