Mohammed bin Salman may be eyeing space but does he have his feet on the ground? 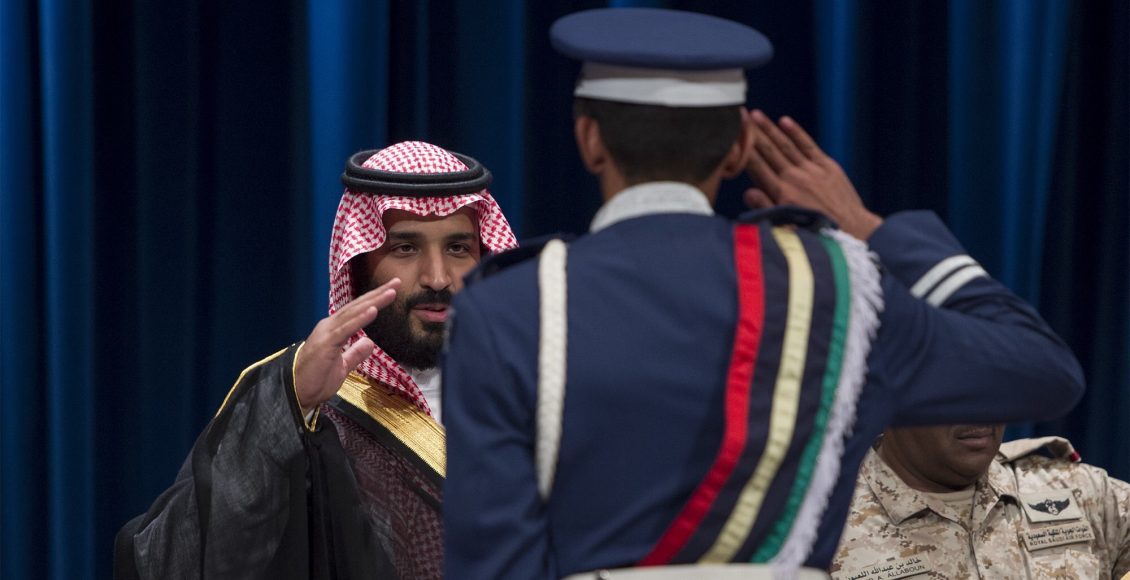 Sceptics and critics of Saudi Arabia’s Vision 2030, and I must number myself amongst them, have pointed to previous grandiose plans that have been promulgated and announced with great fanfare by the kingdom only to slip below the waterline under the weight of bureaucratic inefficiency, corruption and, often times, rising oil prices.

So what is different now and what will those differences mean to whether or not Vision 2030 succeeds if not in whole than at least in part? I offer three reasons.

The first is the power and authority that the Crown Prince, 32 year old Mohammed bin Salman or MbS as he is known, has accrued. No one since his grandfather Ibn Saud, founder of the modern kingdom, has had such authority. Since his father Salman ascended to the throne in January 2015, his favoured son MbS has taken charge of virtually every significant ministry in the government, is the effective boss of the world’s largest hydrocarbon company Saudi Aramco, the minister of defense, the president of the Council for the Development of Economic Affairs, and the first deputy Prime Minister.

On 4 November, in what amounted to a purge of business and political rivals, he ordered the arrest of dozens of people including the head of the National Guard Prince Mutaib bin Abdullah and the billionaire businessman Prince Alwaleed bin Talal in what was called an anti-corruption campaign.

The ease with which MbS carried out the purge mirrors the abrupt ouster of his rival to the throne, the former Interior minister and crown prince Mohammed bin Nayef in June of this year. In both instances he has displayed skill and utter ruthlessness. MbS now has an open field and the power to drive change forward at any speed he wants to choose.

Secondly, unlike previous grand plans which did not challenge the religious establishment, Vision 2030 is being used as a battering ram to shepherd the kingdom away from the harsh and intemperate version of Islam that has been practiced in Saudi Arabia over several decades.

As the crown prince put it on 24 October in an interview with the Guardian newspaper: “We are simply reverting to what we followed – a moderate Islam open to the world and all religions. 70% of the Saudis are younger than 30, honestly we won’t waste 30 years of our life combating extremist thoughts, we will destroy them now and immediately.”

The third factor is the shifting face of the energy sector. With other grand plans the underlying assumption was always that oil was a bedrock and a certainty even as prices rose and fell dramatically. That is no longer the case. Renewable energy coupled with a worldwide glut of hydrocarbons means that oil, though still the big kid on the block, is facing a unique challenge and increasingly a limited shelf life as the world’s dominant source of energy.

Take just one example – automobiles. Research is showing that by 2040 electric cars will dominate the market in Europe, North America and other rich countries, with some experts anticipating that 90% of all passenger cars will be driven by battery. That is in a little more than 20 years time.

So Mohammed bin Salman is right to state that Saudi Arabia has no choice but to wean itself from oil. He is right to argue that the economic structure needs to be completely overhauled, that the private sector must be empowered to drive forward a diversified economic revolution, that women must be a central part of that revolution.

He is impatient for change and that is understandable. But the danger, and what could yet bring Vision 2030 to grief, is the very impetuous and impulsive nature of this young man in a hurry.

In a few days, in a flurry of announcements and interviews, MbS set himself in opposition to the conservative religious elite and announced he was committing $500 billion to NEOM, a new city and independent economic zone. He called NEOM “the first capitalist city in the world, the first zone floated in the public markets, as if you (had floated) the city of New York.”

NEOM, due to be completed by 2025, will be a city and a region with its own regulations and social norms where, for example, it is taken for granted that men and women work together and where secular progress, driven by new technology, is the new normal. It is an emphatic repudiation of the religious authority of once powerful clerics who weighed in on virtually every aspect of ordinary Saudis’ lives.

Next he committed $1billion with another nearly $500million to follow, to Richard Branson’s Virgin Galactic space project. That is a project that has garnered its own fair share of scepticism with Branson’s oft announced and then cancelled launch of his VSS Unity space plane. Needless to say Branson and his people are delighted but what does it mean for ordinary Saudis?

Now he has arrested dozens of once powerful businessmen, ministers, ex-ministers and senior members of the ruling family. His consolidation of power is complete and I anticipate that within weeks his ailing father King Salman will abdicate and give the throne to his favourite son.

Mohammed bin Salman frequently cites the 70% of the Saudi population under the age of 30 as his motivation for the great economic, political and cultural revolution he is embarked upon. There is no doubt that they are his constituency and that by a large majority young Saudis, at least those in the major urban centres, support him.

But Saudi Arabia remains a very conservative society. And though young people in Jeddah and Riyadh may salute his revolution, there are many others who are poor and out of work – the unofficial unemployment rate for young Saudis has been estimated to be as high as 30%.

Young Saudis, too, are impatient at the lack of progress building affordable homes. Unable to get on the property ladder and therefore unable to marry, the young may be captured for now by visions of space and the promise of a space age city but  it is day to day reality that will ultimately determine their support for MbS.  If he fails to deliver on his many promises, if young Saudis feel excluded by his revolution, impatience and resentment can turn to anger.

And if that happens the conservative ulama who had a place of privilege and power for so long in Saudi Arabia, as well as alienated members of Mohammed bin Salman’s own family, will be there to stoke it.