Human Rights and the feud in the Gulf 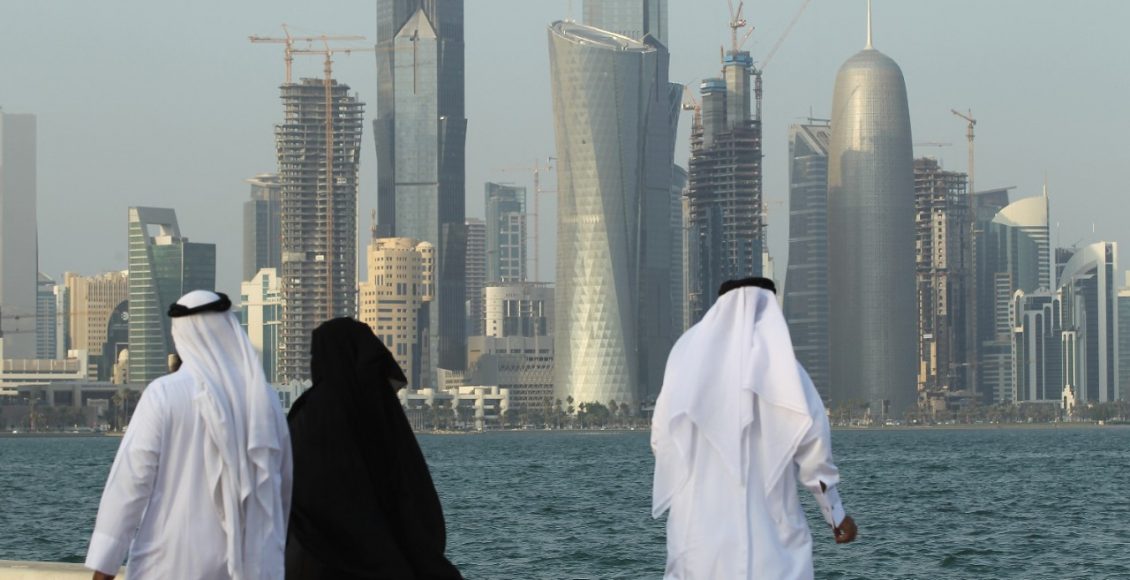 As the dispute between Qatar and the so-called Quartet – Saudi Arabia, the United Arab Emirates, Bahrain and Egypt  – drags on with no end  to the blockade of the small Gulf state in sight, Qatar is using human rights issues as a weapon in the ongoing war of words via a Qatari based organisation called the National Human Rights Commission (NHRC).

In late September, at a meeting in Doha with a British parliamentary group, the NHRC commissioner Dr Ali Bin Samikh Al-Marri cited numerous violations of various international human rights articles including the UN Universal Declaration of Human Rights and the GCC’s own  Declaration of Human Rights that the quartet-initiated campaign had caused. This was in regard to the issue of Qatari nationals who on June 5, as the blockade was announced, were given two weeks to leave the UAE, Bahrain and Saudi Arabia. Conversely those countries’ citizens who resided in Qatar were ordered to return home.  The impact on families with mixed citizenships was as immediate as it was dramatic. Husbands and wives were separated, children (who take the nationality of the father) found themselves without one parent or the other. Education for thousands of students on both sides of the dispute was abruptly terminated. In some instances Qatari patients receiving specialist treatment in Saudi hospitals were forced out before the treatments were completed.

Dr Al Marri told the parliamentarians that it was “not acceptable to use people like this” and he scolded Western media and governments: “for 12 years you have complained about human rights abuses (of migrants in Qatar) now that Qataris are experiencing abuses you are silent.” His organisation took statements from nearly 400 individuals in building their case that the Quartet had inflicted numerous injustices. The testimony makes for uncomfortable reading. This one is from a teenager who by virtue of his father being Emirati was ordered out of Qatar where he lived with his Qatari mother:
“I am in the grade year 11 at (a high school) in Doha, Qatar. I live with my divorced mother in the State of Qatar. The Emirati authorities notified me that I have to leave Qatar, which will prevent me from completing my education, and will separate me from my mother who has a Qatari nationality.”

Of course raising the issue of human rights is something of a double-edged sword for any Gulf state, especially when it comes to the treatment of migrant workers. For while it is true the Qataris have made significant strides in improving the plight of the workers, the country still has a long way to go.

The key driver for Qatar to make new laws and provide better protection as well as decent accommodation for the more than two million migrants working in the construction and services sectors has been the 2022 football World Cup. Organisations like the International Trade Union Confederation (ITUC) and human rights concerns such as Amnesty International and Human Rights Watch were able to use the world’s biggest sporting event to shine an uncomfortable light on the  ignored abuses routinely inflicted on workers drawn largely from the Philippines, the Indian sub-continent and Africa.

The government has responded with new legislation that on paper at least marks a significant improvement on the appalling treatment of migrants that has occurred for decades throughout the Gulf States.

When queried about migrant right issues, Dr Al Marri ticked off the changes: the kafala sponsorship system –  a form of indentured labour that ties employees to their employers and often involves the payment of huge fees by the workers to recruiters – is in the process of being phased out, companies that withhold salaries are now subject to legal sanctions, safety conditions at building sites have improved as has the accommodation for the workers.

Still, as of May this year Amnesty was less than impressed by the changes. Commenting on the occasion of the inauguration of the refurbished Khalifa International Stadium, one of eight where the World Cup will be played, James Lynch, Deputy Director of Amnesty’s Global Issues Programme was unequivocal:

“Qatar’s World Cup organizers have placed special requirements on contractors that are supposed to stop (abuses) happening, but the reality is that workers on their sites still live under Qatar’s repressive sponsorship system, which gives employers powerful tools to abuse them… abuses on Qatar 2022 sites have continued.”

So, much remains to be done but at least a start has begun. Not so with the feud.

The latest salvo on the blockade front has come from the UAE. A senior Emirati security officer tweeted that if the Qataris give up the World Cup, the blockade will end. Of course, that is not going to happen and the impasse drags on and on.

There are very few positives to be taken from a fight that outsiders view as senseless but perhaps one is that ordinary Qataris, having experienced abuse themselves, for the first time may gain some insight into just what the fight for human rights is really all about. They may begin to see the people building the stadiums, sweeping the streets, serving them in shops and restaurants in a different light. They may realise that the workers are entitled to human rights just like the rest of us. And if that happens perhaps, just perhaps, Qatar will become a leading reformer in changing the way every Gulf state treats its migrant workforce.