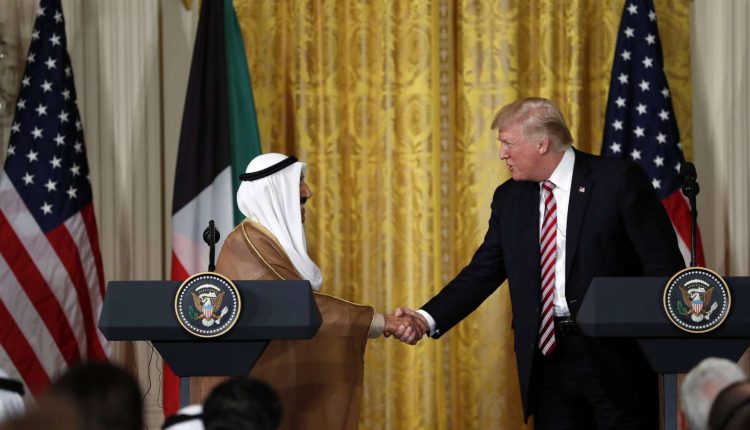 Last Tango in the Gulf

The feud with Qatar launched in June by Saudi Arabia, the United Arab Emirates and Bahrain, with Egypt being the rather lame fourth of an angry quartet reminds me of a dance competition. One contestant, the aforementioned quartet has no sense of rhythm or direction while the other, Qatar, glides through the routines with apparent ease.

How else to explain two pieces of information that crossed my desk recently? One from the Dubai based Gulf News spoke ominously of food shortages, civil disorder and a looming coup against Sheikh Tamim bin Hamad al Thani, the emir of Qatar. As the publication breathlessly put it: “The Gulf diplomatic crisis is expected to stretch into 2018, bringing food and commodity shortages, civil unrest and even a potential coup or foreign intervention in Qatar.”

The other was an invitation to join a trade mission to a country that, were I to take Gulf News at its word, is poised to implode. The mission, organised in part by the British Chamber of Commerce in Qatar, argues that there is no better time to come to Doha: “Following the GCC trade embargo imposed on Qatar in June, the Qatar government has responded with several new measures to strengthen the market and boost the economy,” I was informed.

The promotional blurb cites new supply routes, supply chains and suppliers as proof that the Qataris have been adept at getting around the sanctions imposed by the angry quartet: “Qatar is entering a boom period with new projects, new contracts and new tenders being announced almost daily.” And it concludes “this is an excellent time to visit the market.”

Great business opportunities or impending disaster? Clearly the truth lies somewhere in between but I must say it rests much closer to the former.

Indeed, in the more than three months since this feud began, the allegedly besieged but enormously wealthy Gulf state has shown a deft turn at dancing out of sanctions intended to cripple its economy. Take but one example that being how fellow GCC member Oman has benefitted from Qatari business. Omani ports are booming with the Qatari ambassador to Muscat proclaiming that Oman is the “new gateway” for Qatar, replacing the UAE port of Jebel Ali in Dubai.

Oman, it should be noted, took the eminently sensible course of steering clear of the quartet while quietly supporting the Qataris, thus far without negative consequences from either the Saudis or the Emiratis.

Attempts to isolate Doha diplomatically have also backfired spectacularly. No countries of significance have joined the quartet in pulling their ambassadors out. In fact the only meaningful diplomatic shift occurred on the 24 August when Qatar announced it was restoring full diplomatic relations with Iran much to the dismay of the Saudis and the Emiratis. Cue the clumsy effort by the quartet to float the coup scenario.

And who will lead this coup? It is a London-based Qatari businessman Khalid al-Hail, said to be an associate of Hamad bin Jassim, otherwise known as HBJ, the former foreign minister and prime minister who was unceremoniously bounced from both posts when Tamim took power in 2013, after his father abdicated.

Mr al-Hail has been touting an obscure member of the Al Thani family, Abdullah bin Ali Al Thani as the man to replace Tamim.  His branch of the family was on the losing side of a palace coup in 1972. There is not much to say about Sheikh Abdullah other than that he was at one time head of Qatar’s equestrian and camel racing federations.

Mr al-Hail is claiming that stories of support for Tamim from ordinary Qataris are not true, that in fact there is widespread resentment of projects such as the 2022 World Cup and the billions of dollars being spent on it. He says people are afraid to speak out. That’s not the vibe I am picking up. If anything, the resentment is aimed at the quartet for the brutal way in which they ordered Qataris out of their countries on two weeks’ notice at the start of the feud.

Mr al-Hail is the driving force, apparently, behind a one day conference slated for London in mid- September which, according to the Gulf News, will “bring together hundreds of world-renowned political figures, policy makers, academics, commentators and Qataris to discuss democracy, human rights, press freedom and counter-terrorism in Qatar.” Now that would be impressive.

But I for one am not holding my breath. This convenient all encompassing embrace of democracy, press freedom, human rights and counter terrorism leaves me feeling distinctly sceptical. The reality is that whatever outside support the angry quartet had when they launched their feud has long since evaporated. And no amount of waffle about democracy is going to change that.

After all the United States is conducting joint military exercises with the Qataris. That would be odd if, as the US President initially tweeted, Qatar is the ultimate source of terror funding.  Once his generals pointed out to him that the largest military base outside America is located in Qatar and that the Qataris have been the most cooperative of all the GCC states in supporting military action against Al Qaeda and ISIS, the Donald went sensibly mute, at least on that point. So no support there for a quartet looking increasingly to be the beleaguered ones.

Indeed, in one of the weirder arcs of his always unpredictable presidency, Mr Trump has moved from denouncing Qatar to offering himself as mediator. Speaking on the 7th of September, at a joint news conference in Washington with the Emir of Kuwait at his side the president said “I do believe we will solve it …if we don’t solve it, I will be a mediator right here in the White House.”  Displaying little if any understanding of the complexities at play in this bitter feud, he added “we will have something very quickly.”

Britain’s foreign office, too, has been quietly urging the Saudis and the Emiratis to just drop it. But seemingly the two power players in the angry quartet can’t let go. And so they continue in their ham-fisted way to stagger round the dance floor inviting ridicule from friend and foe alike.

Qatar, meanwhile, glides smoothly across the floor, increasingly the winners in a silly and embarrassing public spat that should never have been started in the first place.