Qatar and the law of unintended consequences 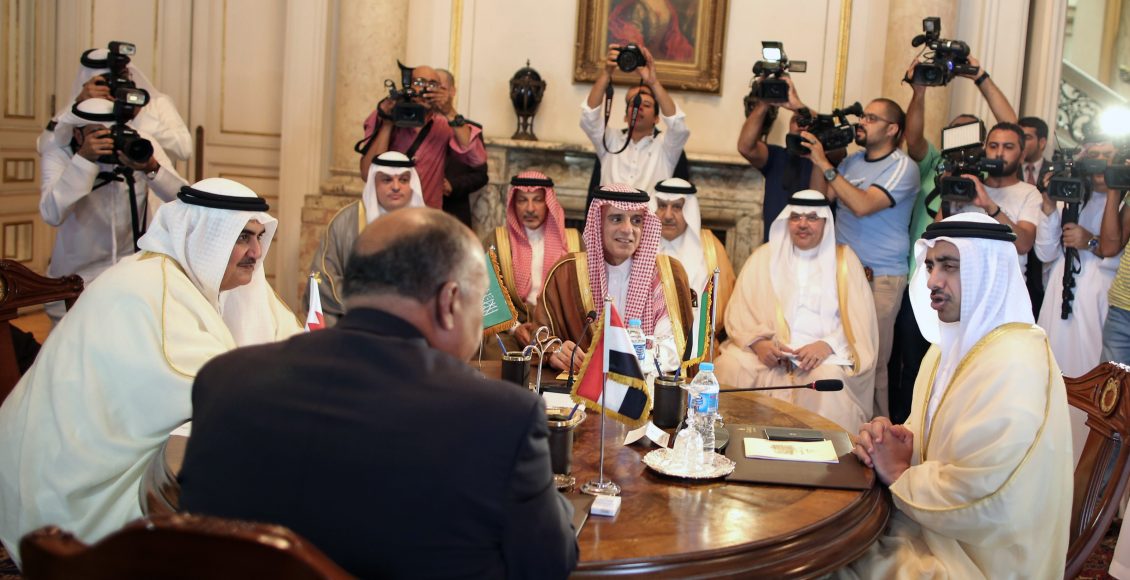 As the feud between Qatar on the one side and Saudi Arabia, the United Arab Emirates, Bahrain and Egypt on the other continues to bubble along, one has to ask if the Crown Prince of Abu Dhabi and Deputy Supreme Commander of the UAE armed forces ,Mohammed bin Zayed (MbZ) and his fellow Crown Prince and Saudi defense minister, Mohammed bin Salman (MbS) had really thought through the consequences of their actions when they kicked off their vendetta 5 June 2017.

The bid by the ‘Gang of Four’ to isolate Qatar by recalling ambassadors, suspending land, sea and air transportation and ordering Qatari citizens out of their countries has had limited effectiveness. Following that up barely two weeks later with a list of 13 demands that amounted to an unconditional surrender of Qatar’s sovereignty and then ordering a response within ten days simply piled one blunder onto another. It didn’t help that MbS and MbZ extended the deadline by two days just as it was becoming embarrassingly  and abundantly clear that the Qataris, as they have insisted from the beginning, had indeed been hacked and comments attributed to their Emir was fake news.

The Qataris responded, as they have throughout this dispute, in measured tones by ignoring the 13 demands and calling instead for dialogue. A subsequent session of the four belligerents in Cairo produced six principles which the Qataris were told they must abide by. Among the six were “prohibiting all acts of incitement and all forms of expression which spread, incite, promote or justify hatred and violence” and acknowledging “the responsibility of all States of the international community (sic) to confront all forms of extremism and terrorism as a threat to international peace and security.”

Once again the Qataris ignored the detail in the Cairo communique and focussed instead on a renewed call for dialogue. However MbZ and MbS were not to be moved. There would be, they signalled, no climb down on their side.

Enter, not for the first time, the US secretary of state Rex Tillerson growing ever more anxious at trying to resolve a fight that could only make his already crazily complex job in the Middle East just that little bit more insane. He went to Doha and announced on the 11 July that Qatar had become the first regional regime to sign a memorandum of understanding on securing an end to the funding of terrorism.

Even then, he must have been looking over his shoulder wondering what his boss Donald Trump would say – you may recall that Trump had tweeted the finger of blame at Qatar as the sole source of terrorism funding – a claim so ludicrous that it left seasoned observers gasping in astonishment.

Yes Qatar has its share of questions to answer over its opaque role in funding a number of Middle East groups that have terrorist affiliations.  But then so do the Saudis and the Emiratis. And the fact that British prime minister Theresa May is sitting on a report about terror funding that will make uncomfortable reading, it is alleged, for the Saudis, rather suggests it is they and not the Qataris who have the biggest questions to answer.

And it is at this juncture that the Qataris played a blinder. Having signed the MOU with the Americans, they said, in effect,  to the gang of four and to their obdurate leaders MbS and MbZ “join us, sign on and together we will rid the world of this terrible scourge.”

Perplexity, posturing, mutterings and vague threats from the gang of four followed the Qatari finesse.  Then on the 19 July came a humiliating climb down with MbS and MbZ announcing through a UAE spokesperson the decision to drop the 13 demands.

But the real damage has already been done and herein applies the law of unintended consequences.

The Gulf Cooperation Council (GCC), never at the best of times very cooperative, has been holed below the waterline.  The chasm of distrust between Qatar and its erstwhile foes the UAE and Saudi Arabia could not be greater.

Meanwhile with the GCC lying pretty much in ruins, Iran has had the distinct pleasure of watching its regional rival Saudi Arabia shoot itself in the foot. The Iranians didn’t even need to lift a finger.

Turkey has been given an inside track to continue its dubious policies of meddling in the Gulf.  While for their part, the Russians cannot be displeased to see countries on the other side of the Syria conflict in disarray.

And at any day and at any given moment Donald Trump may tweet a rant that will drive whatever deal Tillerson hoped he could cobble together down a road to nowhere.

So many unintended consequences.  So little thought given to the risks and outcomes of playing such a dangerous game at a time when the region is already riven with deadly conflict. And now with the climb down, so little justification for having started the vendetta in the first place.