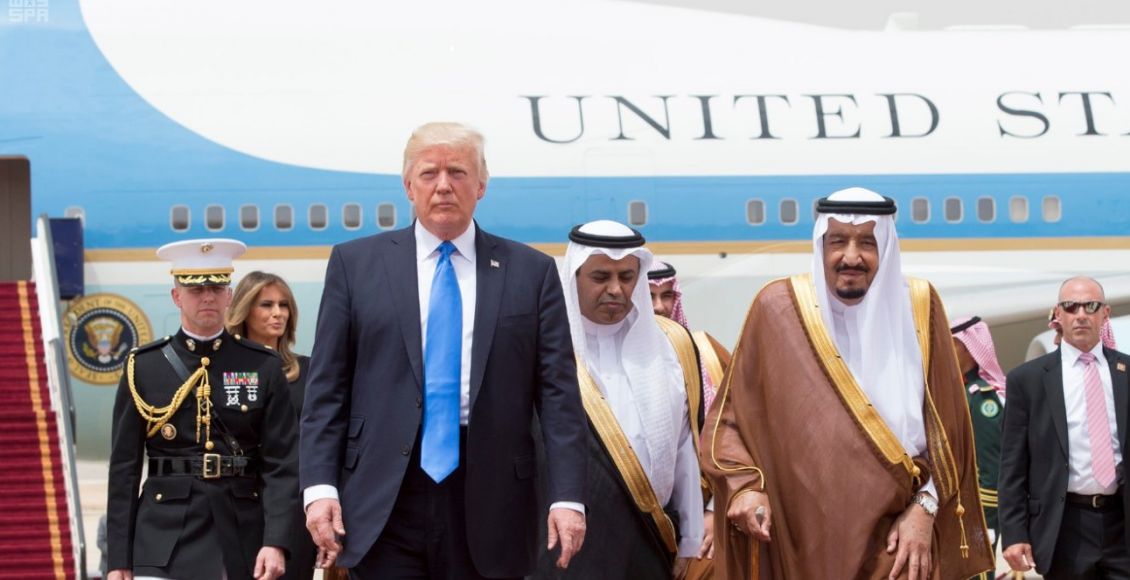 The mood music coming out of Riyadh could not have been sweeter. The unpredictable and volatile Donald Trump got the business done by remaining calm, sticking to autocue and keeping his tweets to a minimum. As he gave a well received speech to the leaders of 50 Muslim majority countries, the Saudi Deputy Crown Prince Mohammed bin Salman, seated slightly behind and to the left of his father King Salman, could be seen nodding agreement and from time to time smiling with pleasure. And why not?

Donald Trump wasn’t rude about Islam, nor did he lecture the Saudis about human rights, democracy or freedom while he slammed Iran, Saudi Arabia’s regional foe, to the mat. He spoke about defeating terrorism and isolating the Iranian government who give terrorists “safe harbour, financial backing, and the social standing needed for recruitment.” Behind the crown prince’s smile surely lurked the thought that America had finally now, after the Obama interregnum, come back to being Saudi Arabia’s best friend among the Arab nations.

And in biblical terms worthy of the Archangel Gabriel (“Now, there is even more blessed news I am pleased to share with you”) Trump underlined just how valuable that friendship is by announcing a $110 billion weapons contract as part of an even bigger $400 billion deal that will, in the words of the president, “create many thousands of jobs in America and Saudi Arabia.” Note he said thousands and not millions of jobs – clearly the Trump tendency to hype the stats out of all shape to reality was well and truly under control. No mention of the size of his inauguration crowd either.

But aside from the announcement of the military and commercial deals the president’s speech was long on rhetoric and short on substance. Well, it is in the nature of such presentations to do and be exactly that. The president offered up the equivalent of an opulent verbal pastry to match the equally opulent surroundings of the King Abdulaziz Conference Centre. The conference hall, all gleaming cut glass chandeliers, polished marble and glittering gold clearly was to Donald Trump’s taste perhaps because it reminded him so much of home – not the White House of course but Trump Tower.

Meanwhile across the border in Yemen a nasty and brutal war, one begun by Mohammed bin Salman, drags on with a battered population facing the threat of a cholera epidemic as starvation takes a terrible toll.

And to the east, 400 kilometres from Riyadh, Saudi security forces continued to pound the old city centre of the Eastern Province town of Awamia. The Saudi authorities claim the warren of old houses was due for demolition and that it was, in addition, a hideout for terrorists. So they brought out the bulldozers and the heavy weapons and have proceeded to damage and destroy homes, shops, cars, schools and mosques, all in the name of urban renewal and the eradication of terror.

Bahrain’s King Hamad had a nice chat with President Trump after the keynote address. The president assured him: “Our countries have a wonderful relationship together, but there has been a little strain, but there won’t be strain with this administration.” Would the “little strain” be that in Obama’s State Department, Bahrain was regularly slated for its continued abuse of its Shia citizens? And now in the new administration there is nary a mention of the country’s repeated human rights violations.

So emboldened is the Bahraini ruling family and its politicized judicial system, that it sentenced the highest Shia religious authority Sheikh Isa Qassim to a year in jail and it continues to hold the ailing human rights activist Nabeel Rajab on remand and in solitary confinement as it repeatedly postpones his trial on charges of, among other things, seditious tweeting.

The United Arab Emirates got a couple of mentions with the president noting the UAE “has reached incredible heights with glass and steel, and turned earth and water into spectacular works of art” and is supporting “our Afghan partners and supporting them very strongly.” Spare a thought for Dr Naser bin Ghaith a distinguished economist sentenced to ten years in prison for criticizing his government’s support for the Sisi regime in Egypt and for Ahmed Mansoor, the human rights activist seized in March, now detained and awaiting trial.

There is in all of this a harsh and cruel irony. Iran is no paragon of virtue. It does support the brutal dictatorship of Syria’s Bashar al Assad. But then so does Russia and, as ever, Putin gets a pass from Donald Trump.

It would be wrong to say that in his Riyadh speech Trump’s rhetoric ever soared. He was, in fact, rather subdued. Perhaps because for all his talk of bringing the three great Abrahamic religions of the world together and setting out on a grand quest for global peace, he didn’t much believe what he was saying. His handlers, still reeling from the latest gaffes, must have told him “Lord knows, Mr President, you have got enough of a mess on the home front, please just stick to the speech that was written for you.” And this time, at least, he listened to them.

What Donald Trump was really pleased about were the deals. He even promised the Saudis that he would make sure the US defense industry didn’t rip them off. So that’s all right then and the glorious path to peace will run, it seems, through a gamut of warriors armed to the teeth with the best weaponry money can buy.

* Bill Law is a Middle East analyst and a specialist in Gulf affairs. He tweets @billlaw49.