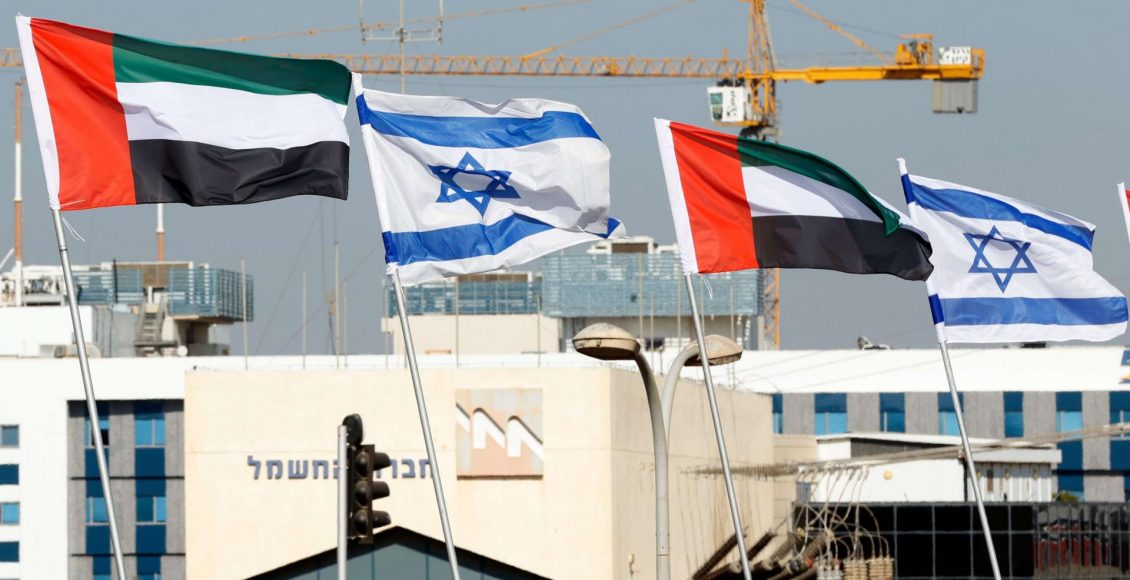 The US President Donald Trump announced Thursday 13th of August a “peace deal” between the United Arab Emirates and Israel that paves the way and allows the two countries to normalize relations, proceed with the exchange of ambassadors, launch direct flights, and cooperate in various political, economic and security fields. While Bahrain, Oman, Egypt, and Sudan welcomed the agreement, Turkey, Iran, and most of the Palestinian parties condemned it.

Secret relations between Israel and some of the Gulf states have been established for years. But the Israeli-Emirati peace agreement represents a pivotal turning point in the Gulf-Israeli relations due to the total consolidation of ties between the two states. Nonetheless, both Qatar and Oman have effective relations with Tel Aviv. Israeli trade offices operated in the two countries between 1996 and 2000. Bahrain is also steadily moving towards normalization relations with Israel. At the same time, Saudi Arabia is still reluctant to announce any kind of relations, despite some indications that the emergence of relations or agreements between Tel Aviv and Riyadh may not be far away.

The Emirati-Israeli agreement is a natural and expected outcome of a series of indications introduced by Abu Dhabi to denote its different vision and understanding of what the Gulf and Arab relations with Israel should be like. The recent years have witnessed notable Israeli presence in various economic and sporting events and conferences in the UAE. The latter was also a major lever and partner in the conference of the Deal of the Century (Trump’s peace plan) that was held in the Bahraini capital, Manama, in June 2019. Added to that is the extensive security and military cooperation between Abu Dhabi and Tel Aviv, including the UAE’s purchase of Israeli spy software and their participation in joint military exercises with other countries. In this article, we attempt to address the question of the agreement’s expected gains and losses for the Gulf party.

The UAE—the third Arab state to establish diplomatic relations with Israel after Egypt and Jordan—will be more engaged and influential, regionally and internationally in the Arab-Israeli conflict, which will enhance the influence of the Saudi-Emirati axis that includes Egypt and Bahrain.

Indeed, the Emirati-Israeli agreement will strengthen the power of the political lobby and pressure groups affiliated with Abu Dhabi in Washington, especially with the support of the Israeli lobby in Washington—one of the oldest and most influential forces in the US foreign policy. The lobby can play a supporting role in many political issues in the Middle East region. On top of these issues comes the Iranian file, where the Emirati and Israeli views are mostly identical.

The agreement secures a robust strategic partnership between the UAE and the United States, especially if US President Donald Trump manages to win the upcoming presidential elections. The Emirati move toward Israel represents an attempt to revive the stalled deal of the century (Trump’s peace plan). It will also help the Americans advance the deal of the century a step forward during Trump’s second presidential term. Nevertheless, we should not overlook the weight, nature, and complexity of the US network of interests in the Middle East, which is no less important and influential than the deal. It is also difficult to predict the results of the US elections.

The Emirati-Israeli cooperation in the security field enables the Emirati authorities to have an essential and exceptional partnership with the Israeli Intelligence Agency (Mossad), one of the most powerful and sophisticated intelligence services in the Middle East. This will enhance the gains of the UAE National Security Agency in many cases, the most important of which is confronting Iran and the Muslim Brotherhood, which both Tel Aviv and Abu Dhabi classify as a terrorist organization. It should be noted here that Israeli Prime Minister Benjamin Netanyahu thanked the head of the Mossad, Yossi Cohen, for what the former described as “the development of Israeli relations with the Gulf states over the years, which helped in actualizing the peace agreement with the UAE.”

The agreement allows the UAE—which is a major player in the Libyan crisis—to enter, engage, and influence the Eastern Mediterranean crisis by joining the Greece-Cyprus-Israel axis in its confrontation with Turkey. For Ankara, it is a sensitive file, especially in the light of its alliance with Qatar (the Gulf rivals of the Emiratis), which is consolidated by a military base on the Qatari lands. The Emiratis will be able to divert the Turkish opponent to the complexities of the situation in the Eastern Mediterranean and Libya, where the UAE is trying to regain its influence. The Turkish military intervention in favor of the Government of National Accord (GNA) led by Fayez al-Sarraj has undermined the Emirati presence in the Libyan scene.

The basket of losses and challenges

The agreement reinforces the negative perception of the Emirati-Saudi axis among the Arab public. It is the axis accused of relinquishing Arab firm beliefs—foremost of which is the Palestinian cause and the Arab-Israeli conflict—and shifting away from its central issues. This is clearly evident in the media coverage and societal reactions in various Arab countries denouncing the agreement. Despite the balanced media arsenal that the Emiratis possess, they seem powerless and are positioned to defend and justify striking the deal.

The UAE will have to bear the cost of new tensions with Iran, which considered the Emirati-Israeli agreement a direct threat to it and its borders on the Gulf coast. And while Tehran believes that the agreement turns the UAE into a base from which the Israelis could threaten Iran’s interests and its strategic security, the Emiratis will have to beware of a major regional conflict during which the UAE will be the scene of events and settling scores.

As a result of the Iranian and Turkish condemnation of the agreement and given the complexities of the situation in the Gulf, the UAE seems forced to increase its military spending and secure its borders, which will strain the state’s finances with even more high military expenditures. According to the global arms trade annual report published by the SIPRI Institute in March 2019, the UAE is the seventh in the world among the top importers of weapons.

The UAE’s most prominent regional gains will be contingent on the success of US President Donald Trump in the upcoming presidential elections. And if the Democratic Party candidate, Joe Biden, makes it to the White House, radical changes will strike the regional files, including the Gulf crisis and the US-Iran relations. It is then that the Emirati-Israeli agreement will have limited gains, if not doing more harm than good.

The Emirati-Israeli agreement would hold the Emiratis politically and morally responsible for any irresponsible actions or violations carried out by Israel in its management of any of the thorny files on its borders, whether inside the Palestinian territories or in Lebanon and Syria.

The Israeli-Emirati agreement represents a new bet for the Emiratis in projecting the UAE as a rising and influential Gulf and regional power in the Middle East. Qatar had played the same role since 1996, before it retreated with the coup d’état of Egypt in June 2013 and its certainty of losing the Syrian war in 2014. We must not view this agreement in terms of its interplay or clash with the Arab-Israeli conflict or the Palestinian cause only; it rather extends to the complexities of the entire region and the rivalry of powers within. In addition to the gains and incentives that the UAE will win in more than one context, it will have to face new and serious challenges whose danger exceeds the demonization of its political leadership among Arab public opinion or severe accusations of plotting against and tampering with the Palestinian cause.