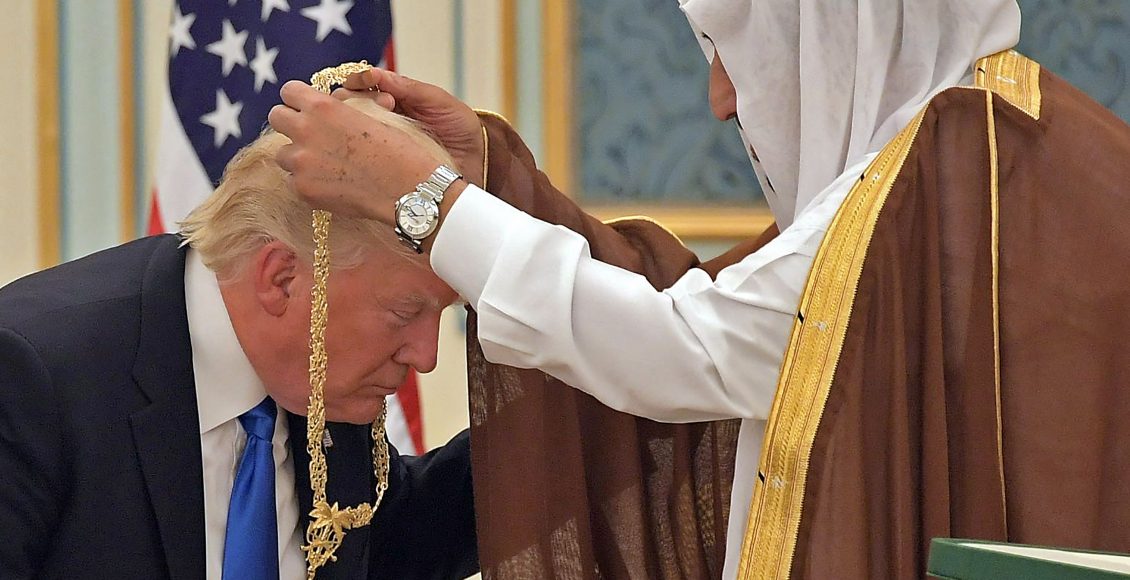 What is more significant than the domestic repercussions for the U.S. President Donald Trump’s decision to withdraw from Syria is the question of whether it would be possible for any Gulf state, in particular, and any Middle Eastern country, in general, to proceed with outlining or adopting decisive foreign policies while maintaining the consistency with the US vision and policy in the region— consistency that is necessary, or supposedly so. The recent years have, undoubtedly, proved that what Washington can do in the region is much less than what it cannot, or perhaps does not want to, do.

How could it be possible for the states in the region to shape their foreign policies concerning a number of issues (Syrian crisis, Gulf crisis, Arab-Iran conflict) while the maestro himself lives in a state of internal fragmentation and escalating tension among its institutions? Thus, the strongest man in the region appears to be ill, confused, and incapable of taking any decisive decisions.

The Center for Strategic and International Studies (CSIS), one of the most important think tanks headquartered in Washington, D.C., provides its insight into the contradictory American statements and stances following President Trump’s declaration of withdrawal from Syria as “no more silly or meaningless than the past focus of far too many debates over US policy towards Syria. It also is no more lacking in relevance than virtually all of the previous U.S. debates over strategy in the Middle East and the Gulf since 2001.” “It is a debate over levels of effort in one country that have no clear strategic purpose, and that fails to come to grips with any of the many issues that should shape U.S. strategy in the region,” added the CSIS.

Between September 2001 and the subsequent War on Terror, the Afghanistan Warm and the US invasion of Iraq, on the one hand, and George W. Bush’s the Greater Middle East Initiative (GMEI) announced on 6 February 2004, on the other, the region witnessed fluctuating American foreign policies on multiple levels. That series of contradictions was complemented with Barack Obama’s withdrawing tendency when it comes to crises in the Middle East—a policy that left behind an open conflict among the regional powers, especially over Syria and Iraq.

Today, and after 15 years of contradictory US foreign policy, no one in the American administration has officially declared the failure of the War on Terror or the Great Middle East Initiative. Perhaps the constant political changes in both Washington as well as the Middle East, especially after 2011, have removed from the American memory—and other shareholders’—the titles of these initiatives, their content, and their implications.

The wrong course: from the Gulf to Washington

The accelerated and dramatic developments in Washington’s foreign policy since President Donald Trump took office in January 2017 is not too different than what has been happening in the Middle East. The appointment of Mohammad Bin Salman Al Saud (MbS) as Crown Prince in June 2017 imposed a new reality on the region.

Trump demonstrated a new understanding of what the US foreign policy in the Middle East should be like. It seemed tenser and more hostile—at the level of the rhetoric—than that of the former Republican presidents; yet it is, at the same time, less courageous than initiating a new war or deploying American troops to areas of conflict. It is easy, however, to see the discrepancies of this policy in the contradicting statements and official stances within the White House, not to mention the disparity outside it.

In the Gulf, the Saudi-Emirati alliance attempted to coordinate its choices and decisions and to tailor them, so to speak, to fit in what the alliance thought is the new course of the US policy in the region. On the ground, Riyadh and Abu Dhabi rushed into a war in Yemen and hostility with Iran and Qatar and frequently attempted to force the Palestinians to accept Trump’s ‘deal of the century.’ Nonetheless, the alliance found itself left alone in the middle of the road in each and every crisis it got involved in. The American garment was shorter than KSA and UAE had expected.

The initially close relations between Washington and Riyadh was indicating high-level coordination between them in multiple profiles including the Iranian influence in the region, deal of the century, the Syrian conflict, and the Saudi-UAE-Qatari crisis. However, what happened every time was that Washington—due to its hesitation and the unsuccessful crisis management on the KSA-UAE side—pulled back before the ‘zero hour.’ And thus, no full cover for the war in Yemen but rather pressures to end it; from support to a neutral position on the Qatari blockade; no war or full sanctions against Iran; and, eventually, withdrawal from Syria.

This overall reading of the situation is not intended to suggest that the United States has lost its influence or role in the region. Indeed, Washington’s presence continues to influence various contexts, from the considerable support the White House provided to Bin Salman during the crisis of Jamal Khashoggi’s murder in October 2018 to helping the Kingdom to surmount a Qatari-Turkish international campaign that could have shaken up the hierarchy within the royal family. What is noteworthy here, however, is that the American garment was short for the Qatari side as well.

The most important lesson to learn from the past two years (2017-2018) is that none of the hard choices and harsh policies adopted by the Gulf states has yielded any tangible gains or outcomes, especially those policies that were resting on an expected American cover. The Gulf states have not only endured billions of losses of their wealth but also a long list of victims in Yemen. More importantly, they were left with a fragile Gulf structure and a boiling, conflicting region whose calculations have become inexplicable to all.