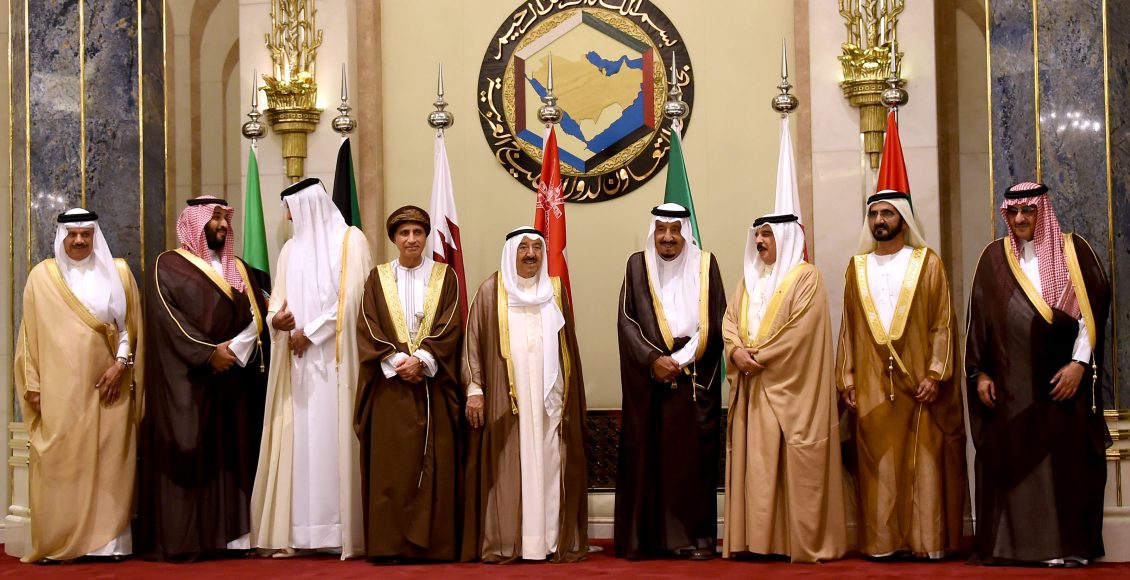 The French philosopher Gilles Deleuze introduced a unique political and social view through the concept of ‘rhizomes,’ put forward as an alternative for the traditional ‘tree-like’ model. Deleuze articulated the ‘rhizome’ concept in terms of ‘small or changing policies.’ In other words, he proposed the end of regulating axis, being a language, nationality, religion, or even tribe, around which people gather to form their society. Alternatively, Deleuze introduced a new concept that acknowledges the changing nature of people who align in what could be called a social mechanism or political formation.[1]

According to Deleuze’s small or changing policies, there is no basis to rest on when interpreting situations, events and outcomes; there is no ideology, identity, nationality, or even interest rules can be consulted in explaining what had happened or what is going to happen. Societies along with policies transform into what resembles a ‘rhizome’—a plant that does not sprout out of one root. Whilst the branches of this plant are connected as one body above ground, they attach to earth through multiple roots, creating ‘separate’ relations with the soil.

The Gulf Cooperation Council (GCC), established in May 1981 few years after the announcement of the independence of the sheikhdoms of the Gulf from the British mandate, is a manifestation of Deleuze’s perception of the transformation from the ‘tree’ to ‘rhizome’ model. Also, this perception reasonably helps to understand and anticipate the nature of relations and in foreseeing the future of the political map among the Council’s states, their relations and alliances.

The emerging Gulf states in the mid-seventies shared similar internal and regional conditions such as scarcity of population, weakness of armament, the surplus resources, the social fabric and ruling monarchs, as well as being surrounded by two large military forces, i.e., Iraq and Iran. Such conditions dictated the creation of the GCC as an umbrella undertaking the responsibility of looking after the—mostly shared—interests of these newly-established capitals as well as confronting risks that were, then, specific and agreed-on.

From One Tree to Conflicting Rhizomes:

Today, and at multiple levels, the Gulf states do not seem as they were in 1981. Over the past 37 years, these states have witnessed several transformations, domestically; regionally; and in the international policy and balance of power. Nowadays, the internal and external conflicts among the Gulf states have swayed them from the ‘one tree’ that conform in interests, priorities, and imminent risks, to a rather group of interconnected and overlapping ‘rhizomes’ with conflicting interests, different priorities, and varying risks and challenges.

No longer is there a political or social regulator among the Gulf states which can be, forever, counted on in analyzing any of the cases of dispute and the conflicting interests and wills among the countries in the region. This equally applies to issues within and outside the organization of the GCC—Muscat or Kuwait’s political stances are not similar to those of Riyadh, and perhaps can be in stark contrast to those of Abu Dhabi.

There are several contexts and manifestations of active ‘rhizomes’ in the region. Despite the alliance between The United Arab Emirates and Saudi Arabia in the war of Yemen, they do not operate according to a unified agenda or one aim. Abu Dhabi and Riyadh differ in their priorities, their list of allies inside Yemen, and their stances towards the conflicting parties. The conflict with Saudi Arabia, UAE, and Bahrain is a common denominator between each of Doha and Tehran and should lead to a close alliance between the two capitals, but this never happens. The disagreements and disputes are not solely confined to political positions. This is evident in the fact that at the time when Saudi Arabia seeks to drive down oil prices in response to a request from Washington, both Bahrain and Oman hope to reach and maintain a rate of $90 a barrel.

In another context, while the UAE adopts an escalating policy with Iran in most of the political agendas in the region, the most influential emirate, Abu Dhabi, turns a blind eye to the strong business alliance between Dubai and Tehran. Likewise, although Kuwait openly expresses its desire to maintain stable relations with Iran, it often succumbs to pressures placed by Riyadh in every crisis. Nonetheless, Kuwait has explicitly declared its refusal to the resolution of boycotting Qatar. In addition, Kuwait’s insistence on resolving the case of oil fields that are located in the neutral zone with Saudi Arabia prior to the resumption of oil extraction from the oil wells there has always been a major irritant to Riyadh.

Despite the burning and bitter hostility on the Emirati side towards the Muslim Brotherhood in the different cases and countries in which Emirates interferes, it calmly reacts to the decision of its ally, Bahrain, to empower the Muslim Brothers by allowing them to have a political role and be represented in all state institutions. The Gulf states, especially Saudi Arabia, Emirates, Qatar, and Bahrain, compete to establish strong and close relations with the United States whereas both Kuwait and Oman show less interest and more caution in this regard. Similarly, while Bahrain heads the race of normalizing relations with Israel, Kuwait conclusively and decisively abstains from pursuing such normalization.

The New Gulf: What future?

The stifling Gulf crisis in mid-2017 has imposed a new reality on the Gulf region, both states and nations. They live an aggravated reality with its ramifications and day-to-day developments— a new, reconfigured political map and contradictory predictions around the future of these states and their alliance mapping. Neither the new configuration nor the updated map seems to be structured or shaped in accordance with a clear and organized model.

Most likely, we are in the process of arriving at a ‘rhizomatic’ map, disorganized internally and blurred in its projection of conflicts and active alliances in the region. Furthermore, the internal variables within the Gulf states themselves will be playing an active, influential role in the reconfiguration of and rerouting the future of these states, whether peacefully through healthy transitions and interventions enabled through reinforcing the political participation, or ‘violently’ as some political and social components may drift towards the options of escalation and violence.

But, what are the implications of this new reconfiguration taking place in the Gulf? And what are the opportunities and threats arising from this new reality and its complications? Initially, we should not rush into reaching a decisive conclusion. Yet, the most sensible answer lies in the fact that these opportunities and threats are part and parcel of the interactions and complications of the active ‘rhizomes’ themselves. In other words, today’s reality of the Gulf and its future are a group of interactions and crises combined in a complex formation of intertwined roots. None of the Gulf states individually has the capability to resolve all these issues since there is no ‘big tree’ whose lumberjack can control the Gulf as a whole. Meanwhile, this does not dispute the fact that any Gulf state lacking attention to such complications might get its sole root gouged out, to find itself in a maze-like situation.