The New Axis of Dissent: The Qatari Money, and Turkey & Iran as the Two Largest Representatives of Islam 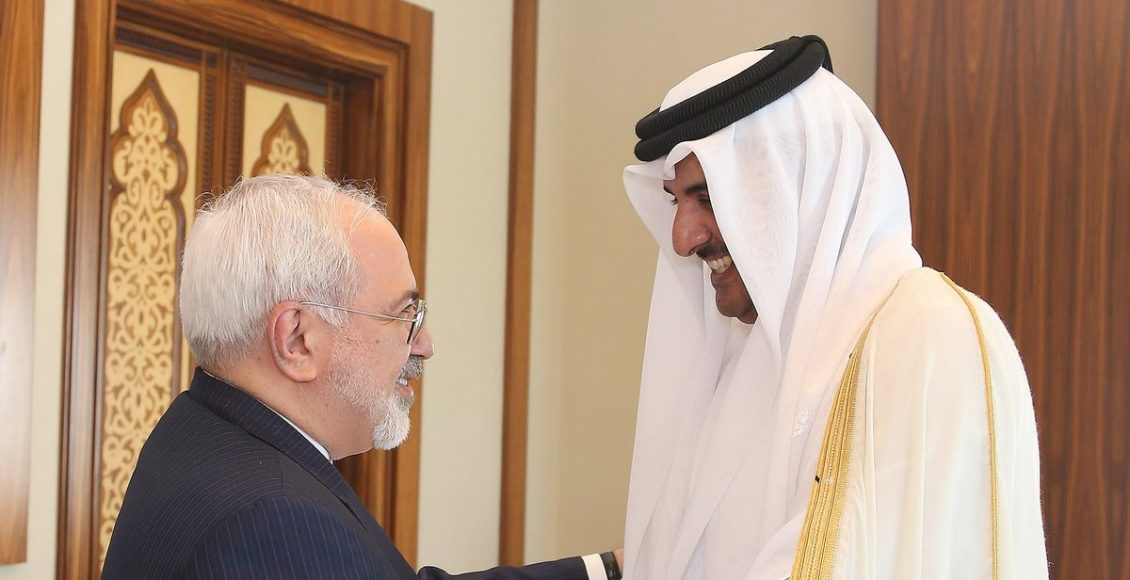 Following a fierce war by proxy on the Syrian territory and a great drain on its resources in order to create a new balance of power in the region, the opportunity for the return of the Opposition Alliance to the 2006-2008 formula (Iran / Turkey / Qatar / Syria / Iraq / Hezbollah (Lebanon) / Hamas (Palestine) / Houthis (Yemen)) does seem great.

Although the views and opinions of these capitals continue to vary from one “case” to another, especially concerning the Syrian and Iraqi cases, there is something bigger that unites them amidst the regional and international changes. Several challenges are worth the bet that re-establishing this alliance will guarantee a better positioning for all parties. An alliance that does not lack the money (Qatar) and brings together the two largest Islamic forces in the region (Turkey and Iran), both at the level of population or military and production capabilities.

Iran, which did not disappoint its former allies Qatar and Turkey, whether in the 2016 Turkey coup or the Gulf states’ crisis in 2017, rushed to be in the forefront of the countries contributing to the alleviation of the diplomatic, economic and aviation blockade imposed on Doha since June 5th, 2017. Prior to that, Tehran was in an interesting position and timing as the first Islamic capital to condemn the military coup in Turkey since its early hours.

Iran’s affection towards Doha and Ankara was not out of emergency. When Qatar decided to withdraw from the lead role in the Syrian issue and concede it to Saudi Arabia by the end of 2014, it had begun an early re-establishment of connections with Tehran and Hezbollah under the umbrella of solving the crisis of the Qatari hunters who were held hostage by a Shiite faction in Iraq. Which was what actually happened: a settlement that included the release of the hunters which was considered by the embargo countries as a re-bonding of the relations between Qatar and the Lebanese Hezbollah, and a support to the popular mass in Iraq through a ransom that was never paid according to confirmations from both the Qatari and Iraqi governments.

On June 7, two days following the beginning of the Gulf crisis, the Iranian Foreign Minister Mohammad Javad Zarif visited Ankara (on an unannounced visit) and met the Turkish President Recep Tayyip Erdogan to discuss the Gulf crisis. The Iranian message was clear: Turkey must move in the direction of supporting its Qatari ally by signing a joint defence agreement, since the military option in the crisis is not far-fetched. The Iranian minister affirmed his country’s support for Doha and the readiness to compensate food needs from three Iranian ports on the Arabian Gulf. Moreover, while the Qatari foreign ministry has been working hard in Europe and the United States to gather support for the country’s position, Tehran was moving its diplomacy towards Doha through Zarif’s visits to several Arab and Islamic countries on June 12.

On the other hand, the Saudi-UAE alliance does not appear to have made significant gains since its overwhelming success in Egypt in 2013, when it was able to remove the Muslim Brotherhood (Qatar’s ally) from power and restore it in the hands of the Egyptian  military, as well as join Cairo to the Saudi-UAE alliance. As a matter of fact, the alliance could not overthrow the uprising in Tunisia, or make major breakthroughs in Libya, as well as it failed in Yemen, and the blockade on Qatar is only generating modest results. Moreover, Egypt does not appear to be a true ally in the group, as it has refrained from participating in the Yemen war and has a different vision that appears to be supporting -in a shy way – the regime of the Syrian President Bashar al-Assad.

Facing this alliance, which is focusing its attacks on the Qatari-Turkish axis, it appears that Doha and Ankara can only seek support from and perhaps merge -at some point- with the Alliance of Dissent States. This atmosphere is not far from the atmosphere of the (Gaza Emergency Summit) which was held in the Qatari capital, Doha, in early 2009. At the time, the Egyptian and Saudi stands differed from the Qatari moves and the two countries boycotted the Doha Summit, which witnessed a high-level participation from Turkey and Iran, as seen with the former Iranian President Mahmoud Ahmadinejad.

Two years before that, the pictures of the Qatari Emir were invading the South of Lebanon following the July 2006 war on the Israeli-Lebanese border; as Doha sponsored the reconstruction and restoration of more than 12,000 housing units as well as the reconstruction of several facilities in 195 southern villages: 48 churches and monasteries; 208 Hussainiyas; 3 worship places; 27 religious complexes and estates; 18 religious residences; 39 schools; Bint Jbeil market at a cost of US$ 3 million.

The meeting held in the Iranian Capital, Tehran, between Iran and Qatar, where the discussions, as per the Iranian semi-official news agency “Tasnim”, revolved around ways to boost economic ties between Tehran, Ankara and Doha, including the transfer of Turkish goods to Qatar via Iranian territory, enhances the chances of solidifying the relationships of mutual interests between the three key countries in the 2008 alliance.

There is no doubt that the return of this alliance to the forefront again at this time brings in several new factors, the most important of which is that the alliance (UAE – Saudi Arabia – Egypt – Bahrain) will be facing a new reality in the region, in front of a strong alliance, with an extended geography. More importantly, it is an alliance that rises over the historical dichotomies of the region, in the sense where it is an alliance that transcends the sectarian wars and the nationalism struggles.