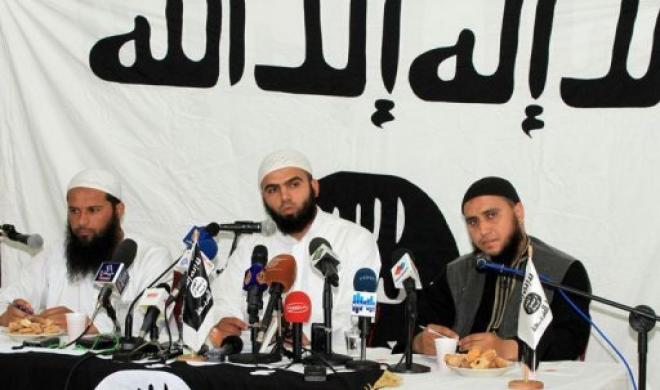 Most of the nationalities that are associated with the radical jihadist Islamists in Syria who belong to the Islamic state in Iraq and the Levant (Daesh) and the Nusra Front are from the Maghreb countries, especially Tunisia. Although the rule of former Tunisian President Zine El Abidine Ben Ali, who had sought since taking power in 1987 to eliminate the roots of religious extremism and prevent Islamic movements and groups from exercising any activity as they represent a threat to the Tunisian state system. But the January 2011 revolution created a space of freedom for groups such as Islamic extremist to exercise their activity and spread their ideas, this caused the emerging phenomenon and revival of the Salafist jihadist in particular under the rule of the Islamic Renaissance Party.

The Chaos that Libya has witnessed after the fall of Muammar Gaddafi’s regime in February 2011 contributed to the arming of Islamic extremist elements in both Tunisia and Libya. And so both countries became the stage in which extremist groups attracts young people amid accusations of some Gulf states in being responsible for funding these groups, officially and locally. These accusations for some of the Gulf states includes a direct responsibility for funding the travel process of young Tunisians to the hotbeds of war in Syria and Iraq after they have all received military training in Libya.

According to the Tunisian Interior ministry’s statistics (1), more than 2,400 people have left the Tunisian territory to Syria, noting that the death toll did not exceed 350 Tunisian. Accordingly, it confirms the statistics of one US agencies which claims that more than 1,900 Tunisians have died in Syria. (2) Tunisia’s political and diplomatic approach during the rule of the triple Troika (coalition government) which is aligned with the majority of the Gulf states led to the movement of extremist armed groups between Libya and Tunisia, resulting in the formation of jihadist cells in Tunisia. According to official reports (3) the number of young Tunisians that have been recruited by the terrorist groups that have headed towards Syria or Iraq, either to join Daesh (ISIS) or Nusra Front range between the ages of 19 and 39 years old, and they exceed 6000 while a further 9000 young men and women were prevented leaving the Tunisian territory to join groups fighting in Syria.

The role of preachers and sheikhs from the Gulf who visited Tunisia after the revolution, (4) particularly during the rule of the Renaissance Party, whether they were from the Gulf Arab states or mere residents played a major role in trying to change the lifestyle of the Tunisian society. For example, images of the Kuwaiti preacher Nabil Al Awadi (5) with veiled minors during his visit to Tunisia in February 2013, drew an outrage by the majority of Tunisians who saw this act as an assault on children’s rights.
Some of these preachers sought to change the culture of Tunisian youth into one that is dominated by a culture of supporting the extremist doctrine of Islam, jihad and gaining the high distinction of martyrdom and that the fighting in Syria is “a religious duty.” (6)

Extremism begins at the mosque

The Renaissance party’s rule was characterised by the intended absence in monitoring the Salafists movements inside the mosques, political parties have adopted a flexible policy towards the militants following the slogan “with dialogues and against exclusion”. Therefore, more than 1,100 (7) Salafi hardliners took control of the mosque and started leading people in the Friday prayer’s sermons inciting jihad in Syria, which is inspired by the speeches broadcasted across religious satellite channels funded by the Gulf states. It has been estimated by the Ministry of Religious Affairs of Tunisia that more than 400 mosques were beyond the control of the ministry during the year 2012.

Suspicious Funds from the Gulf

According to Tunisian intelligence reports(8), regional networks funded by the Gulf exist with the mission of facilitating the travel of young people for jihad in Syria. Tunisians occupy the third place in the number of Arab jihadists (fighters) going to the conflict zone.

According to the Tunisian interior minister’s remarks, certain wealthy individuals from specific Gulf states have funded 120 out of 200 charity organizations with funds that exceeded 10 billion U.S dollars that were spent on recruiting Tunisian youth and sending them to fight in Syria.

Also, religious charities with unknown funding source, worked through mosque workshops to plant Jihadi ideas, idealizing martyrdom, the fight against atheism in Syria as well as standing up for the Sunni sect against the Shi’a threat, these lessons were used to organize the youth into joining the battle front in Syria. (9)

In this context, Lotfi Bin Jeddo, the Tunisian Minister of Interior spoke about freezing more than 157 charities that receive foreign funding and organize illegal fundraising campaigns under the guise of “you can be a jihadist by donating your money” and “support the Jihad in Syria,” which are basically networks that send the youth to Syria .(10)

One of the charities in Tunisia had invited a preacher from the Gulf ; Ahmad bin Omar al-Hazmi, to provide educational workshops studying a book with the title “Signs of the Victorious Sect” which explicitly promote fighting opponents of Wahhabism (11). These lessons aim to fill the minds of Tunisian youth with sectarian ideas that call for fighting the threat of Shi’a “Safavids” and the need to bring back the victory to the Sunnis and Wahhabis by fighting Assad’s forces and his militant fighters (The Shabiha).

Some of the Arab Gulf states dealt with the Arab Spring as a trench that can expand to swallow everyone. Therefore, these states actively extended their control over the rims of the Tunisian state by offering support to political parties and changing the Tunisian societal pattern airing ideas and provisions and traditions based on the Wahhabi ideology that is incompatible with the Sunni alMaliki-Ash’ari, and recruiting young Tunisians to be the fuel for terrorist operations in Syria through joining extremist groups.

But, despite the decline in the control of these countries after Tunisia’s presidential and legislative elections in 2014, and after the shift in international geopolitics and U.S convergence of interests with Iran, plus Joe Biden’s statements regarding the role of Arab Gulf states in supporting terrorism in Syria(12), the effects of “Afghanistaning” the Tunisian youth and planting ideas of extremism and terrorism still exist despite the social, community, religious and political efforts of the Tunisian state to eradicate this phenomena.