The Arabian Gulf Countries: The Curses of the Arab Spring and the Fragmentation Effects 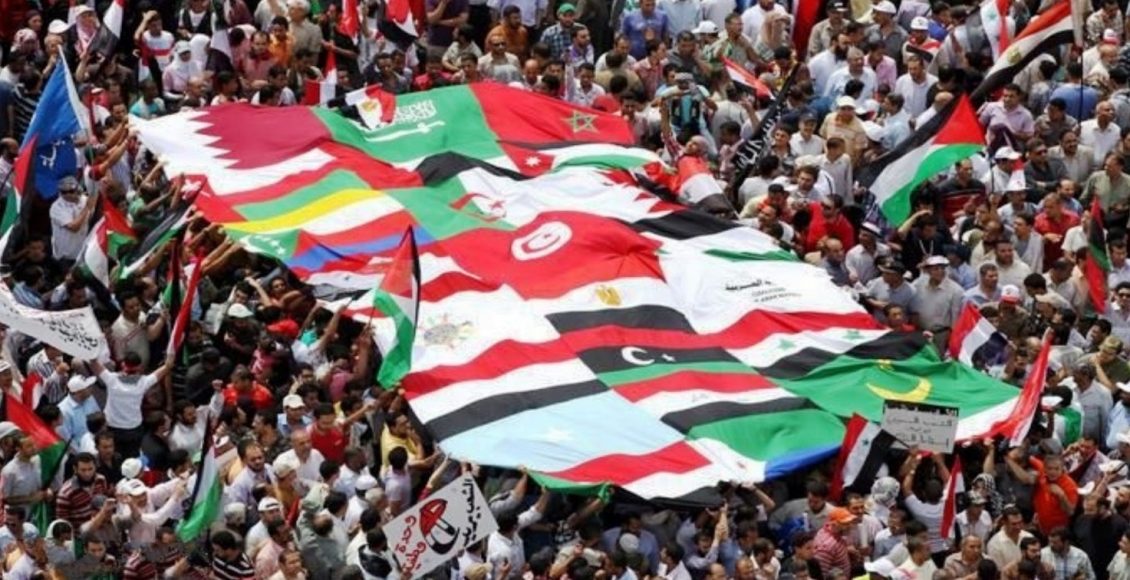 The Gulf States were unsuccessful in preserving the surrounding Arab Defence Line and protecting its vitality and strength.

The year of panic and consecutive shocks, year 2011, has contradicted many of the predictions and political readings into the region, as the crop of the Arab Spring was dry and unfruitful.

Gulf States themselves are suffering from fragmentation and deepening internal conflicts over regional issues.

Thirty years ago, the countries of the Arabian Gulf remained particularly busy for many years with deterring attacks and tackling secular, nationalist, and communist groups exported to them by countries such as Syria, Egypt, and Iraq. The foreign policy of the Gulf countries remained focussed on one rule, never deviating from, “the importance of non-intervening in the internal affairs of the regional countries”. On the other side, their foes were betting that the destiny of the Gulf countries is: collapse.

Today, we can classify the countries that exported, what’s perceived by the Gulf States as disturbance to their internal security and stability, into two categories only: failed or worn out states. Also, many parties in these collapsed countries are now actually accusing the Arabian Gulf States of funding and exporting terrorism to their countries.

Those exact collapsed Arab countries played in the past a historic and vital role in defending the Gulf States by positioning themselves on the defence line against close-by dangers threatening the Gulf States with their different capitals and varying interests such as the Iraqi-Iranian War, the Syrian Intervention in Lebanon, and the Six Wars against the Ansar-Allah Group in Yemen.

The Gulf States were unsuccessful in preserving the surrounding Arab Defence Line and protecting its vitality and strength. Their failure to do so can be attributed to the dispute between these states over two axes and to their subsequent failure in reining in the “Arab Spring”. Additionally, the Gulf States have discovered of late that all what they’ve spent to secure the political and economic stability of their own countries was no more than projects that further enriched a corrupt elite that couldn’t face the wind for long, this has led to the fall of the two most important allies to the Gulf States: Egypt and Yemen.

The year of panic and consecutive shocks, year 2011, has contradicted many of the predictions and political readings into the region, as the crop of the Arab Spring was dry and unfruitful. We can frankly say that everybody has lost their gamble and all bets were dropped. The dreams of the civil country in the Arab Spring states retreated and their institutions and economies crumbled one after the other. And given the complexities of the Iraqi situation, the Arab Spring produced this mess and this bloody panic in the regional scene- a scene that all of the countries in the region wish to pass through with the minimum of losses.

Today, the Gulf States cannot find an ally to support them in the face of their clearly declared main foe- Iran. Worse still, the Gulf States themselves are suffering from fragmentation and deepening internal conflicts over regional issues as well as over the understanding and setting of natural borders and the future relations that should shape their relationship with Iran. The scene in the Gulf now consists of: a Saudi-Emirati coalition, Qatari-Turkish coalition, Kuwaiti impartiality, and an Oman that is completely out of tune.

In terms of results, it is important to highlight the fact that the foreign policy of the Gulf States has proved unsuccessful, in fact it burdened their capitals with an accumulation of losses, which have recently worsened to the level that made these countries loss their biggest and most important ally – the United States of America. Furthermore, Iran, which we thought is suffering a an exhaustion war in Syria eating away on its financial and military capabilities, has in fact achieved a sudden progress in Yemen forcing the Gulf States to enter a new war, very expensive for both the Gulf and the Yemeni people in the hope that it can at least secure a better negotiating position with Ansar Allah (Houthies) and the former Yemeni president Ali Abdullah Saleh.

There are many factors that contributed and are still contributing to the weakening of the Arabian Gulf States’ stance in their struggle with Tehran, the falling of the allied Arab countries is not the least among them in addition to the expansion of the Iranian influence in the said countries. Also, the political, economic, and social nature of the Gulf States doesn’t empower them with sufficient powers to enter a true and direct conflict with Iran. The Gulf States don’t have the stamina for conflicts, their human resources are limited, and their political and economic policies relay first and for most on the “Security”; therefore, the option to disturb the security through an open and regional confrontation with Iran could mean the collapse of the economies of the Gulf States, and maybe more than that.

If the Gulf States are to reorder their priorities, at the top should come their internal relations because the disputes, internal disagreements, existing polarizations, and conflicting stances and readings are all very costly. The Gulf States should understand very well that the return of stability to the nearby Arab capitals is an integral part to the security and stability of the Gulf States themselves. And before that, they should realise clearly that they need a new project for the region, a project that can reposition the Gulf States regionally coupled with another two projects: one addresses Tehran and one for Ankara. Without these projects, the Gulf States will risk their futures and existences because crisis are so near and all the Arab capitals are very exposed.