100 years of Sykes-Picot: Rehabilitation or Partitioning? 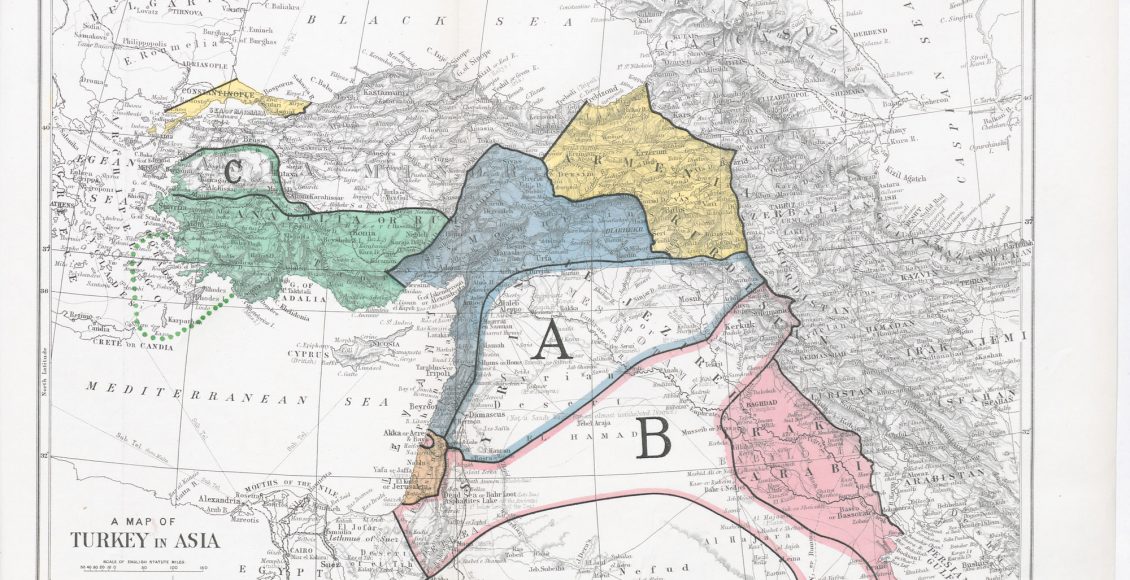 Despite of caste, tribal, and sectarian disorders, the convention produced coherent states

Nothing available on the Internet encourages us to take interest in defining this agreement in lenses other than the conspiratorial ones, the agreement is “sharing agreement” the available literature says. It is a conspiratorial agreement against the Arab countries to the east of the Mediterranean. However, after our “Arab Autumn” which commemorates its fifth anniversary early next year, we need to rethink and review our standings from this agreement.

This convention, its subsequent agreements and understandings, and the resulting states and borders have secured a state of steady and firm stability for the regional peoples. And despite the numerous caste, tribal, and sectarian imbalances that have been sometimes established and on other times caused by this convention, it was able nonetheless to produce coherent states capable of addressing these imbalances and controlling them.

Although none of these countries can provide a model state, they were able to catch up with other Arab countries if not outdo them out right in the development and growth rates, though we should exclude the emerging Gulf countries which cannot be used as a benchmark in this case.

Few days ago I followed with keen interest many opinion polls which presented the idea of dividing Iraq or Syria in more than one Arab and Western news outlet. The results were always and forever clear and consistent: No to the division of Iraq or Syria. Well, what can stimulate communities whose history stopped 1400 years ago to opt for a choice of changing the geography of their countries and their borders?

While marking the first centenary of the Sykes-Picot agreement, it seems essential that the big players USA, Russia, Britain, France, Gulf Arab, Iran, and Turkey realize the seriousness of manipulating this agreements and the borders set by the same or attempting to manipulate its political, social, or economic founding agreements.

It seems that most acceptable and realistic option, after what the countries of the region have witnessed since 2003 (the occupation of Iraq) and through 2011 to our present time is that to respect the efforts and results of the regional and international understandings reached by both Sir Mark Sykes and Monsieur Georges-Picot as well as accept them.

There should be true respect and continuous and comprehensive agreement on the Sykes-Picot agreement and its results, otherwise any other attempt to impose a new geographical division or expand influence to bigger areas or states can only be achieved by setting new agreements between the major regional players, it will also involve redrawing the borders, components, and economies of the regional countries and setting the new areas of influence once again.

And if the counterargument cited the importance of respecting the wills of the regional peoples, it is noteworthy that the regional peoples, despite their accumulative losses, have been always keen on preserving their current borders, which raises this question: Do these nations respect Sykes-Picot agreement more than their own governments?