Bahrain in the Trap of Adaptation 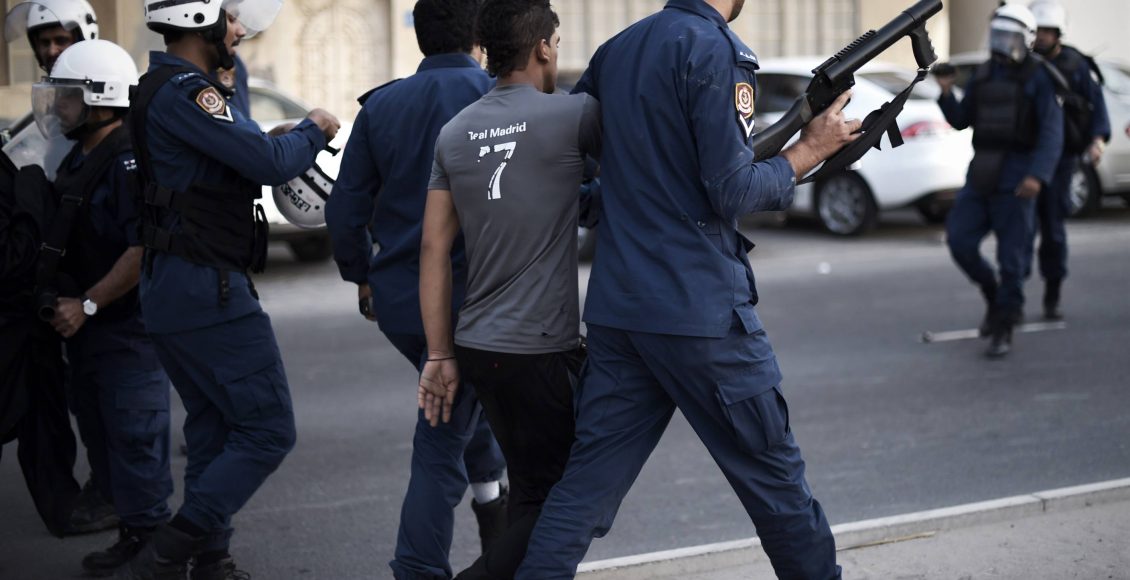 The crisis in Bahrain has changed to a daily problem, in which dealing with it has become similar to dealing with any human rights or service issues

A number of people who followed up the terrorist attack of the so-called Islamic State of Iraq and Syria against Paris doubted the credibility of the incident, as the photos of victims did not show up on the news.

Well, a lot of people don’t know that the TV Regulatory Commission in the European Union states applies strict laws in terms of controlling the TV content and image. Among these laws is preventing the broadcast of photos of victims for many reasons such as, respecting their humanitarian dignity, respecting their families’ feelings through making them avoid an unnecessary painful experiment by witnessing the victims’ corpses on the TV channels.

In Britain, the laws of the regulatory authority of telecommunications and television broadcasting (Ofcom) stipulate that there is a necessity to not allow TV channels to create a state of (adaptation) among the viewers, i.e. making them used to seeing photos of murders and violent crimes, only if this footage is broadcast in a controlled and studied manner. The Ofcom puts several restrictions to control this measure, as those who violate the rules have to pay high fines and their TV channels may be brought to a halt too. The aim, then, is not to allow the British society in all its factions to get accustomed to seeing violence and crime and not to allow the violence or crime scenes to be familiar. This is a first introduction.

The second introduction is related to monitoring the general ambiance, level of interaction and perhaps engrossment in the political crisis in Bahrain on the local, regional and international levels. It seems that it has entered a new phase since the onset of this year as the developments of this crisis on more than one level have become nothing more than news and familiar incidents. In other words, no one really cares about the details, developments and even end of this crisis.

The common thing between the two introductions is a simple line that I will call: Falling in the Trap of Adaptation.

Before the elections that took place in Bahrain in December 2014, the Bahraini crisis witnessed a phase of (alleged) political consensus between the authorities and opposition. At that time, this showed that there are some negotiations between the two parties. However, since the issuance of the Bahrain Independent Commission of Inquiry (BICI) report in November 2011, neither the authorities nor opposition forces acknowledged or accepted the other. In other words, there was a (specific) code that was controlling, managing and specifying the nature of this relation, its details, developments and limits. It is also the code in which the expected political settlement was possible to be reached through.

However, today, after the opposition forces have refused what they considered a “weak settlement” proposed by the royal court a couple of months before December 2014 elections and their final decision to boycott the elections, the equation has taken a new trend. This trend contained two incidents that fall in the interest of the authorities: the first is modifying the rules of engagement, represented by the arrest of the Secretary-General of the Al-Wefaq National Islamic Society, Sheikh Ali Salman, and the second is: that these modifications made to the rules of engagement don’t burden the authorities with any additional costs.

The conflict in Bahrain between 2012 and 2014 was stable, studied and of systematic developments and interactions. It was a conflict whose limits and horizons have been agreed on by consensus. The authorities can’t put an end to the crisis by delivering a deathblow to the opposition, which, for its part, does not find what helps it or even encourages it to take a risk and lose its existing agreements and enter in an open conflict with the authorities.

Bahrain is currently living a new reality; a reality in which the authorities and opposition (political forces and masses) have got accustomed to the crisis and its developments. The government seems to be satisfied and stable with the sample of a failing state that lacks citizenship, participation and effectiveness of more than half a million of its citizens. On the other hand, the opposition, after the arrest of its leader Sheikh Ali Salman, has turned into a group of human rights and media institutions that uses the crisis and its daily developments rather than being a party that influences and controls it.

The crisis in Bahrain has become a daily problem, in which dealing with it has become similar to dealing with any human rights or service issues addressed by opposition forces websites. In 2015, the political crisis has become similar to the political and social conflicts concerning the country’s infrastructure and the level of rainfall it can bear- the rain that disrupted traffic in some governorates- or the conflict on whether the government manages the level of general debt as it is supposed to.

The main question during 2014 was about the reasons that prevent the authorities and opposition in Bahrain from reaching a political settlement that puts an end to the crisis. The answer was: because none of the parties has a real motive to put an end to the crisis through making concessions and because both parties imagined that they can control the crisis and its reactions for one or two more years. Each of the parties has its own bet to elongate the crisis, yet, none was ready to accept the new reality in 2015: this question has faded. It rather ended.

The announcement of the security apparatuses in November 4 that “47 members of a terrorist group have been arrested and its plans to commit terrorist acts that target the security stability across the country have been foiled,” as reported by the Bahrain News Agency, proves that the authorities are exercising what they have become accustomed to. Besides, the decision of the judicial institution regarding the postponement of the trial of Al-Wefaq’s Secretary-General, Sheikh Ali Salman, to December 14 since the quorum of the court judges was not completed also proves the result.

On the other hand, when you go through the statements of the opposition forces’ institutions that condemned the trials and the announcement of the cell comparing them to their previous statements, you discover that the result is one: the action and reactions have all fallen in the trap of adaptation.

Since the worst cases of adaptation are often attributed to the elderly, the result is obvious: The crisis and activists are getting older and the elderly authorities are indifferent.