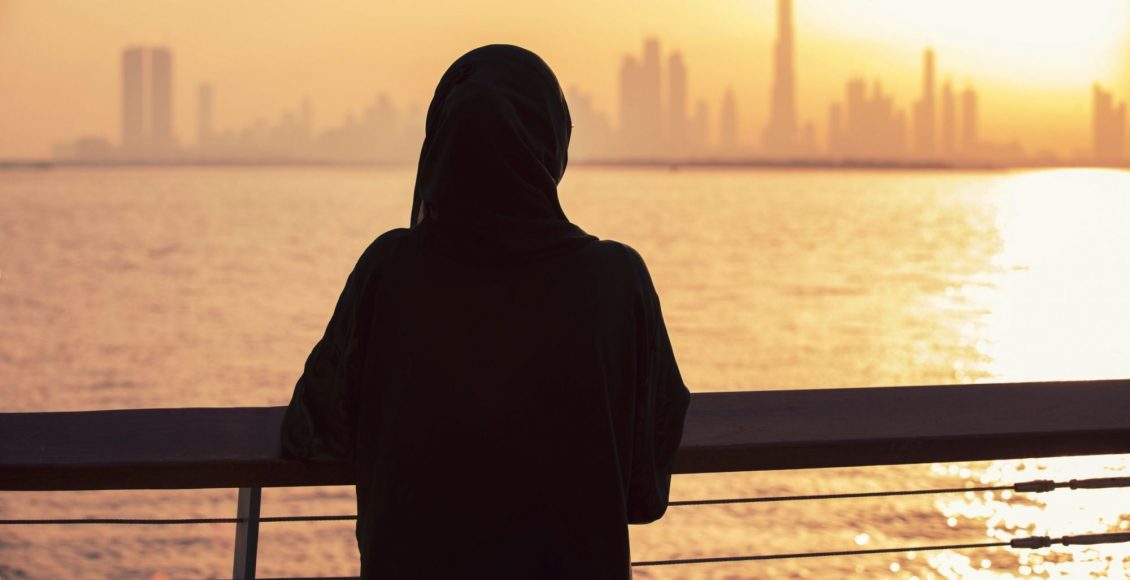 Empowering women in the Arabian Gulf states is nothing more than a deal or an attempt to alter the mental image that the Gulf authorities are trying to export to the world as “advanced” and “civilized” countries. It is not an exaggeration to claim that “empowering women”, for these countries is the rug they use to cover up piles of laws, legislations and a status quo that oppress and suffocate women.

The number of Khaleej women who were elected for powerful and important administrative and ministerial positions is indeed a very small number, and mostly; those who are appointed to these positions deal with this appointment as a “political deal,” and the state invests in this positioning and benefits from it in front of Western capitals, media, and human rights organizations, bypassing the pressure of accountability in international human rights forums. On the other hand, these women benefit from the positions and prestige without having a “real” or “influential” role in decision-making within any of the country’s political, economic or social fields.

In the topic of empowering Khaleej women, we must first take into consideration the meaning and definition of “empowerment”, this term is one of the most important concepts in the field of women’s studies, and the United Nations paid great attention to this concept, and its application specially in the last quarter of the last century. Despite that, it is clear that there are differences in the definitions of “empowerment”, the meaning of the word empowerment is “strengthening” and “reinforcing” and the definition of “empowerment” is: “Working with oppressed social groups to confront and overcome the obstacles and distinctions that affect their status or rob them of their rights”, As defined by the United Nations Development Fund for Women (UNIFEM).

The life conditions of the Gulf societies, and women there, underwent many changes before and after oil. Societies have moved from exchanging catastrophic repressive terms and sentences, to the spread of a new culture that confirms a woman’s right to have equal citizenship as men in terms of education and work.

This cultural spread among most members of Gulf societies was accompanied with numerous social reservations that prevented or caused in delaying  the real women’s “empowerment”  and women’s chance of having an effective presence in all fields, such as women entering the labor market in some Gulf countries, or the economy,  their presence was restricted in specific sectors such as education and health, and away from men’s work 1

The concept of “empowerment” entered the Arab Gulf states from abroad, through the United Nations, Western countries and human rights institutions. Gulf states seek to invest in this international broad attention to the issue of “women’s empowerment” through some procedures, one of them is selectively choosing women for certain positions, seeking to satisfy the international community and ride the wave of empowering women, these mechanisms or positionings do not stem from a real desire to empower Khaleej women and ensure their participation in decision-making As far as coexistence and an attempt to market the image of the state in international forums and Western capitals.

If we look more closely at the empowerment of women in its Gulf version, we will find that it is just a “visual” empowerment, and although most of the women in the Gulf countries are at an advanced level of education (84 percent in the adult category) with high academic performances. However, the authorities tend to choose a small number of women to be part of this “empowerment deal” that the authorities are trying to impose and market for, the majority of those who are chosen by the state come from specific social classes which are close to the ruling class. Therefore, the empowerment of women in the Gulf applies only to the ones from and close to the ruling royal families.

The selection of these women by the state shows their social class privileges and their ability to cooperate in this “empowerment deal” in a balanced and obeying manner, since they fit the requirements of this visual marketed positioning, rather than believing in their individual competence and skills. This is evident in the fact that these women have very limited levels of access and power in their positions. Thus, women empowered in the Gulf states turn into a political décor.

In addressing and understanding the reality of women in the Gulf, we should not treat women’s education and their entry into the labor market as the true application of the recognition and equal citizenship for women. This does not mean that women have acquired a new awareness that qualifies them for independence and positive contribution to the development of their society 2.

There is a lack of confidence in the competence of women in the Gulf, caused by the accumulations of the Gulf social traditions that are dominated by certain dictatorial, repressive and misogynic ideas, such as; women’s vulnerability, the view of women as minors, and are owned entities, by male members in particular. Religious inheritance also has negative manifestations, one is male guardianship over women.

When we try to track these elements and ideas that have affected negatively on Khaleej women’s empowerment in the political, social and economic fields, we must understand that the main reason for this discrimination against women in leadership positions,  and in the lack of opportunities of true real empowerment is the absence of “political will” in the Gulf countries.

It seems to me that the want of a visual political empowerment of women is on the state’s list of priorities. The Gulf countries do not take into account the problem of the absence of women in the political field, and what is meant by absence here is the real absence of women and not their marketing presence as it is now. Gulf states do not classify this lack as a problem from the beginning, and political will, if any, should not use biased systems or mechanisms in hopes of implementing supportive policies to get closer to women’s empowerment, including the “quota system” which is – as I see it – a biased mechanism in itself.

Qatar and CEDAW: a “signed” agreement and a “disabled” application

The issue is more than just “domestic violence”