War in Yemen: Back to the Beginning 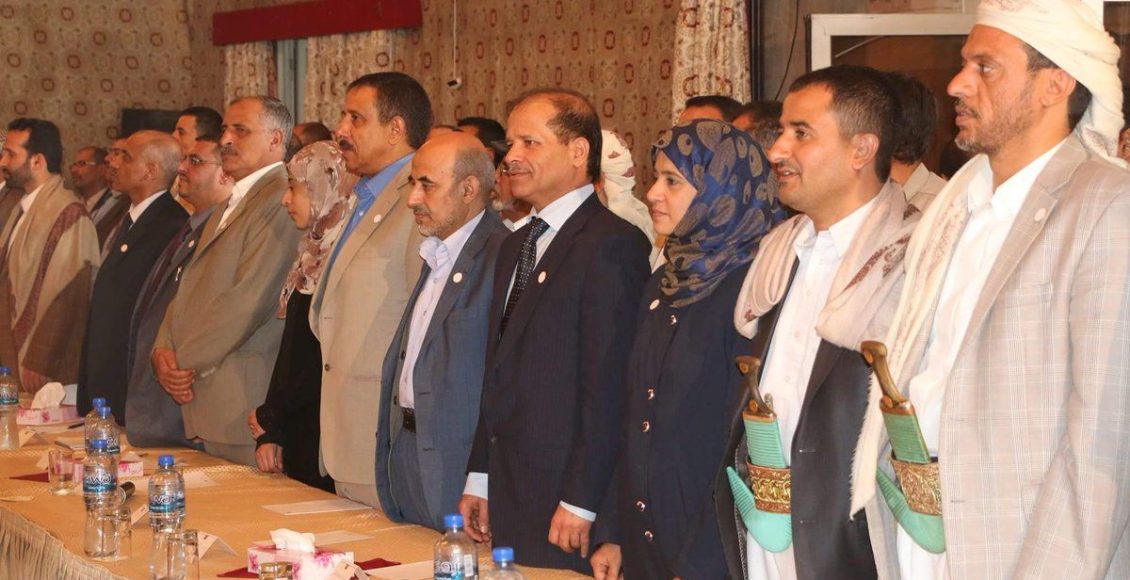 The declaration of failure in the peace consultations which was sponsored by the United Nations in Kuwait for three months was accompanied by a whole new positioning of the various conflicting parties in Yemen. The initiative could be said to have died before it was even born as a series of decisions were rejected in both camps, at a time when the Arab coalition forces led Saudi Arabia has stepped up its military operations in what it calls it the “military climax”.  Houthis and the Popular Congress Party went ahead with their threat as they formed a Presidential Council mandate to run the country; militarily, politically and economically.

Despite the ever growing raised voices of opposition to the invalidity of this Council constitutionally, but the rebels and their allies of the Popular Congress Party went ahead in implementing their decision to convene a meeting of the House of Representatives and thus re-activating the role of the constitutional institutions and the Declaration of the Political Council which is headed by Saleh Alsmad.

Observers regarded the convening of parliament and the Declaration of the Constituent Assembly as a second blow for “Arab coalition” after the failure of negotiations in Kuwait, especially since the latter had hoped to reach a political agreement that could restores power to Abed Rabbo Mansour Hadi which would be signed in Riyadh. However, the delegation, which combines rebels and supporters of Ali Abdullah Saleh did not give any concessions that could have made the talks in Kuwait a success.

In fact, the success of the Yemeni Parliament derives its significance from more than one aspect, because in addition to it restoring political life back on track on the grounds that the parliament is the legitimate authority in the country, it confirms the solidity of the alliance, which brings together former Yemeni President Ali Abdullah Saleh and ” Ansar Allah, “and in spite of the historical animosity that has always existed between them. This animosity is basis of all the predictions that have betted on  the failure of the alliance, but more importantly than all this is that the legitimacy of the parliament outweighs the legitimacy of the president, in fact the parliament can accept the resignation of the president and may also put him on trial for treason, which represents a direct threat to the most important justifications for the Arab coalition’s war on Yemen, which is to maintain the legitimacy which they see as the President that is Abed Rabbo Mansour Hadi.

Interestingly, in the Declaration of the Political Council it is not only a return to what is considered legitimate authority but the Houthis will back down on their May 2015 decision to dissolve parliament and the presidential council and the formation of the Supreme Revolutionary Political Committee, which is not a political escalation in parallel with only a military escalation, as seen by both observers and political analysts yet it is also a modification and a development of the method in dealing with the political file, which emerged in Kuwait, where the ‘Houthi Saleh’ delegation expressed their political wits in not complying with what the international states dictates.

In contrast, the Yemeni President Hadi stands in a helpless position after the failure of all his attempts to prevent the convening of the Council and even to reach a political solution to the crisis through the negotiations in Kuwait.

Hadi, who gained his presidency position through the Gulf initiative output in November 2011, is regarded as the weakest link in both camps and while the Arab Coalition recognises this as it was evident through Anwar Gargash’s remarks, the UAE Minister of State for Foreign Affairs, when he said that Mohammed bin Zayed, “has realised early on that legitimacy of  Yemen is not to stay in exile and hotels, but inside Yemen to confront the rebels”, in direct reference to Hadi, who they depend upon for he a represents the legitimacy of the war in Yemen.

In reality this war, which first spark broke out by decision of the Alliance Defence of Legitimacy that is represented by Hadi, has managed to stop the advances of Houthis and Saleh’s forces and brought them out of most of the southern provinces, but it did not succeed in achieving a decisive military victory especially as they still control the north. Also this war did not succeed in the most important achievement of its objectives; the disarming of the Houthi’s weapons which it Saudi Arabia considers as an Iranian threat to in the first class.

In parallel with the failure of the political negotiations, the alliance’s  military escalation and the political escalation of the Houthis and their supporters and their insistence in dragging the alliance to a confrontation on the southern border of Saudi Arabia, in addition to added the legitimacy of Hadi that is under threat after the adopting the decision of activating the country’s legitimate authority and given the tense relationship that exists between Hadi and United Arab Emirates, which is the second most important ally in the Arab coalition after Saudi Arabia, which had announced some time ago its intention to reduce its operations in Yemen, given the completion of the coalition’s objectives in the prosecution of the Muslim Brotherhood in Yemen. The general scene in Yemen indicates a return to point zero after all hopes were hanging on to reach a comprehensive political settlement.

It is for certain that the various warring parties in Yemen are seeking to reach a political settlement even though both sides are stuck to their own terms, despite all the interventions and contradictions at local and regional level which drives the belief that a new round of consultations may soon start, similar to what took place for the crisis Syrian.

Overall, despite the sufficiency of Houthis and Saleh in taking control of Sanaa only and the success of the Arab alliance in regaining the rest of the Yemeni cities to the control of Hadi’s Government, yet the risk of dividing the country into two states still exists, especially after the convening of parliament, in addition to the fact that the Arab Coalition seems less solid after the UAE’s decision to curtail its operations and its insistence that it has achieved its goals of war, which confirms that the hope for a political solution does not stem from the Houthi/Saleh alliance but of differing objectives and the absence of a common vision for the war, between the two most powerful countries in the Arab coalition.

In the end it seems for certain that the alliance of the Houthis and Saleh will work to form a statehood in the north and could focuses its military operations on the south of the kingdom at a time that it will seek to get rid of the legitimacy status that Hadi keeps on promoting as well as the legitimacy of Parliament. In contrast Saudi Arabia will not end its war with the Houthis who are considered as Iran’s arm in Yemen, unless they surrender their weapons, on the other hand, the UAE seem restless in its involvement within the alliance and it  does not seem to be directly concerned with what was stated in the UN resolution 2216, plus the overall situation in Yemen confirms the impossible implementation of this resolution, therefore the war that is being waged today on Yemen’s soil is merely a bloody war that is open to many scenarios.