The Saudi Woman and Driving the Future 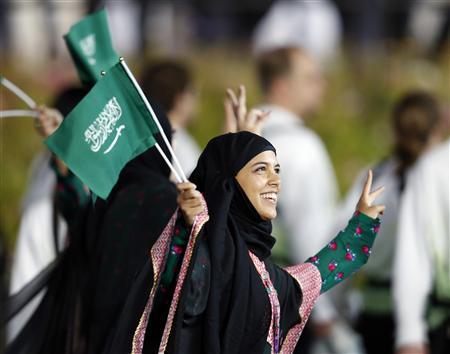 There is a lot of fear amongst Saudis that women will not succeed in winning this right, because of the male-dominant culture and extremist religious background of the society.

The Saudi government which mostly throws the ball of women issues in the social court, used to be more assertive when it came to women rights especially in the fields of Education and Work

Quarter of a century ago, a group of Saudi women set out to drive their cars in Al Khobar coastal city, in an attempt then to break the strict social barriers, and that was (perhaps) the first time that Saudi women raised their voices to rebel against their reality, it was the spark that launched their glorious revolution to demand their legitimate rights.

Over twenty years have passed since that incident, where the Saudi woman was a model for the Arab woman struggling to reclaim a bit of their right to be equal to man, inside a society that was, and still is, afraid of empowering women and activating their role, such as their counterparts in the Gulf.

I remember the day, in 2005, when the Kuwaiti woman got the right to take part in the Parliamentary election, as a voter and a candidate, after a struggle that went on for years. At the time, many predicted that Saudi women will not get such a right before a century or so, especially that they were still taking their first steps up the ladder of rights and liberties.

The Saudi government, which often throws the ball of women issues in the court of the society, used to be more assertive when it came to women rights, especially in terms of Education and Work, and in the ten years of the late King Abdulla bin Abdel Aziz’s rule –may his soul rest in peace- they managed to take important steps on this path, however, they preferred to start from the top, by giving women sovereign rights, such as being on the Shura Council and providing them with the tools to wage their own feminine war against the society and claim the rights they have always longed for.

The appointment of thirty women in the Shura Council came through a royal decree, meaning that it was a command not an honorary gesture. This also means that the participation of the Saudi woman in the upcoming municipal elections for the first time as a voter and more importantly as a candidate, is the real test of the level of awareness the society has reached, after the majority welcomed granting women more rights and liberties even if they differed on the application methods.

There is a lot of fear amongst Saudis that women will not succeed in winning this right, because of the male-dominant culture and extremist religious background of the society. Some even demanded a quota be emplaced or changing the one-vote election system to guarantee women reaching municipality councils.

I might not agree a lot with those fears, especially that the Saudi society today has within it millions of working women as well as those who have studied abroad, so it cannot fail to understand the importance of electing women for the Municipal Council, which is the perfect place for women to prove their ability to be socially responsible towards their immediate local society at the very least. And I think that women will not spare any efforts in this regard, because they seek every opportunity to convince their male partners with their capability and qualification to attain more support and motivation to get their legitimate rights to the fullest extent..

In my personal opinion, the golden opportunity for advancing this right lies in the absence of the elections culture in the Saudi society in general, even though they have been through two so far, as well as in the government’s inclination towards lowering the voting age to eighteen years. Both these factors prompt instilling a healthy election culture, where women participation and empowerment are central, for in this case, the society is a fertile ground for progressive ideas on the role of women in driving the wheel of development and constructions.

It’s true that the authority of the Municipal Council may not exceed the limit of discussing the issues of the represented neighbourhood or town, however, the Saudi woman’s acquisition of this seat should get more attention, because it will be the key that will allow her to dive into field work and have direct contact with men, and where she will be able to exhibit the cultural and professional status that she has reached, and thus eliminate any social fears that still aim to stand between women and their most basic rights such as the freedom to travel, amongst other things.

Driving may not always be behind a vehicle steering wheel, for driving the future and striving to raise awareness in the society is perhaps a higher goal and a promising beginning to acquire more rights that Saudi women will not have wait long to win, if they keep holding on to their right to a better tomorrow, and tomorrow, is just a day away.

Saudi journalist based in France

Her Excellency the Right Honourable Minister