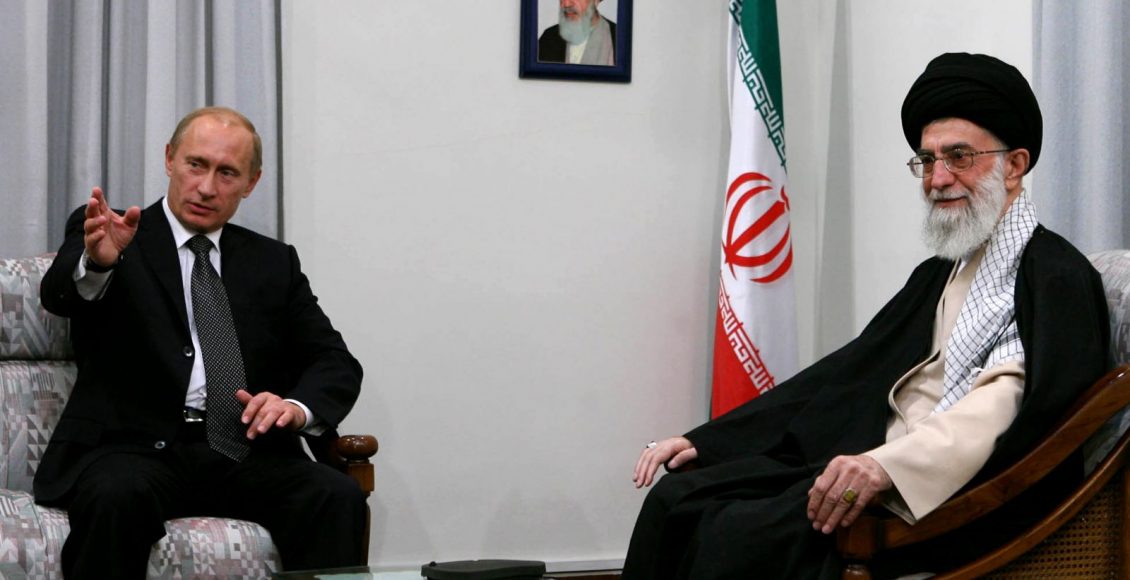 Tehran is satisfied with the current level of relations with Russia, but acknowledges that there are no integrated common strategy dimensions

Tehran has recently witnessed a major event when the president of Russia, Vladimir Putin, visited the country amidst great changes sweeping the region, most importantly, Russian’s militaristic entry on the line of the Syrian Crisis.

Observers see that despite the importance of this visit, it will not move forward the relation between the two countries on a strategic level; that is, the relations of both countries had been built mainly with Washington and tied with the perception of regional and international changes that both countries must supposedly play well with.

The prevailing harmony between Moscow and Tehran regarding many major issues cannot necessarily reflect the strategic alliance. Despite their political, economic and military unity, it does not necessarily mean it is an alliance more than anything else; that is, four centuries of historical hostility and years of ideological differences cannot create a mutual strategic alliance.

We shall not delve in the history of Russian-Iranian relationships during the past four centuries, which were ravaged by constant wars and pulling-pushing stages, but we are presenting the most important episode in this relation especially after the victorious Islamic Revolution in 1979, when confusion reigned supreme over Russia’s attitude regarding the overflowing changes in Iran. Russia did not know well how to deal with Iran at first; on the one hand, the Islamic Republic had shattered the American dream of controlling the border near the Soviet Union, and on the other hand, it created a new challenge for the Soviet.

At that point, the Soviet Union provided support and arms to the regime of Saddam Hussein during the Iran-Iraq war (from 1980 to 1988). There was also the tension between the two countries because of the contrasting position after the Russian military intervention in Afghanistan, which was strongly rejected by Tehran and not to mention the profound differences regarding Russia’s relations with Israel, the first enemy of the Islamic Republic of Iran.

After the collapse of the Soviet Union, and the separation of the Islamic republics, Russia’s concern of the possibility that Iran will support those republics increased. Despite the emergence of indicators and features of a new form of bilateral relations, most importantly the visit of the President of the Islamic Consultative Assembly at the time Hashemi Rafsanjani in 1989 to Russia, but Yeltsin, the first Russian president after the collapse of the Soviet Union, favored rapprochement with the West, which led him to stay away from Iran during that period. Tehran has waited until 1992 to lay the first building block in its relationship with Moscow by signing a long-term joint cooperation agreement for the construction of a nuclear reactor.

Since then, several factors have been imposed to create a gradual rapprochement between the two sides such as geographical proximity, common economic interests, and the equations of the regional competition. The two capitals have realized the strategic importance of joint cooperation between them and not forgetting the determinants restricted to improve their relations.

The disintegration of the Soviet Union formed a crucial stage which moved the relations to a new level as Tehran fears that Russia was a threat to the northern border have long evaporated, and in return, Russia was reassured gradually of the realistic policy of Iran, and considered it to be a factor for stability in the southern region borders.

The development of relations between Moscow and Tehran was a critical in order to shape into the form we see today especially with Putin’s arrival to power in 2000. Russian, then, changes its policy toward America from subordination to was to distrust. Even during Putin’s third presidency, Russia has sought clearly to restore its role as a superpower rival to the United States and began to think about strengthening its position in Central Asia and return to the Middle East, which caused Russia to re-evaluate the role of Iran’s geo-strategic, direct influence in the Caucasus and the Caspian Sea, Central Asia and the Middle East.

At the same time, the invasion of Afghanistan in 2001, and Iraq in 2003 raised concerns for Iran and Russia alike, as it was similar concerns of NATO’s advance towards the East, the Caucasus and Central Caspian Sea region and Asia.

All the developments led the two countries to intensify their relation and reach a mutual partnership in the fields of the economy and military and lastly, the nuclear project.

There is not a speck of doubt that Putin’s visit to Tehran amidst the sweeping changes that surround the region affect in one way or the other the ambiguous relationship of Russia and Iran. First: “The Arab Spring” and the Syrian Crisis in which both countries stood alongside the Syrian regime in all the diplomatic forums and there had never been a scene in which both of them shared a similar attitude in such regard. Secondly: Rohani’s becoming a president after years of his predecessor’s – Ahmadi Najad — hard-line approach which caused the relations with Moscow to be strained. Finally: The potentiality of Iranian-American openness, and the future of relations between Iran and the Gulf states, particularly Saudi Arabia, which repeatedly tried to stop Russian scrambling toward Iran by making it a key partner in economy, but the Russians refused all inducements provided by Saudi Arabia as a result of its role in causing a drop in oil prices as well as accusing it of helping terrorism.

It certain that such visits by Russia did not contribute full to show results, but the question remains whether such changes will vary or add something to the traditional caution that had always governed both countries in the past on the level of strategic partnership.

Observers close to the decision-making community in Iran say that Tehran is satisfied with its current relation with Russia and assure there is no integrated common strategy. It is thought that Putin seeks certain files and objectives in the region such as pressuring the United States to curb the challenges faced by Russia as well as fighting terrorism which poses a threat to the Russian national security. Finally, Putin wants to strengthen Russia and he adds, “Iran thinks that the stratification in strategies with the Russians will serve them just as it is between them and the US.” So “Iran gives Russia its best chances because if their strategies were stratified with the US, there will be a problem.” Adding up, he realizes that “it seems many developments have occurred during the past weeks…Issues between Russia and the US have risen…for example, the plane crash in Sinai…Turkey shooting down a Russian plane that had been considered a green light by the US.”

He concludes by saying: “Now their position has become closer to our position, especially after entering the war in Syria. Their political attitudes have become more pronounced, given that it does not eliminate the vast concerns toward Saudi Arabia, where they feel grateful towards it as a result of its help to return to Egypt. And the conclusion is that “the Russians are looking for their interests before anything else.”

So the future of relations between the two will continue to be governed by the traditional determinants imposed by Washington and the common interests regardless of the equations of regional and international competition, and the role they aspire to play internationally.

There are indicators regarding the development of these relations in the upcoming period as well, but that would not get out of the sphere of the economic cooperation relating to the energy, military and nuclear field.

In the same context, the previous Iranian experience during the presidential terms of Rafsanjani, Khatami, Tawali and Rohani shows that the country will pay special attention to the area of Central Asia and the Caucasus and keen on fostering the relationship with Russia to open up new horizons for the economy that is the prominent issue for Rohani.

Riyadh – Tehran: From Rivalry to Enmity?