2016 for the Gulf: A Farewell to State Generosity and Social Welfare? 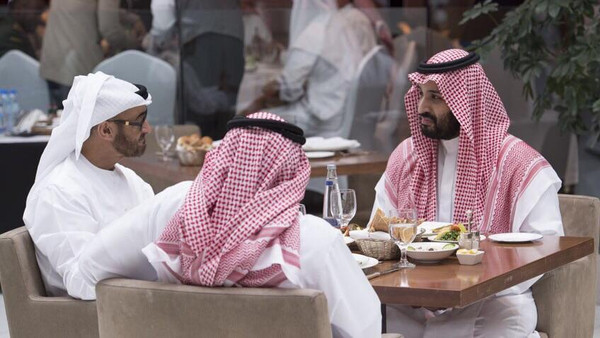 “I hope and believe that better times are coming and (…), in the years to come, see Bahrain once more restored to a position of wealth and prosperity. It is possible, for instance, that the discovery of oil may improve the financial position of the state” – Political Agent Percy Gordon Loch – in a speech delivered on behalf of the Viceroy of India during the in the succession ceremony of Hamad bin Isa bin Ali Al-Khalifa as ruler of Bahrain. 9 February 1933.

The discovery of oil in Bahrain in 1932 was glad tidings for a new era to the Arabian Peninsula and the Trucial States sheikhdoms, which at that time, were considered the poorest in the world. The discoveries occurred consecutively across the other sheikhdoms: Saudi Arabia (1938), Qatar (1939), Abu Dhabi (1954), Oman (1964) and Dubai (1966).

The ruling dynasties in the Middle East were not aware of the vital role of oil and the region until the October 1973 war; they used oil as a weapon and embargoed its exportation to the countries classified in the “opponent camp”. This was a turning point in the international relations and a change in the balance of power. Oil prices, as a result, skyrocketed and thus a fiscal surplus was incorporated in the economies of oil states. For example, in the year 1974 alone, oil revenues of the Kingdom of Saudi Arabia exceeded $22 billion compared to a total of $16 billion collected throughout the 20 years earlier. As years passed, revenues increased and surpluses accumulated.

Oil, alone, put the Gulf countries on the roster of rentier states and granted the ruling elites in these countries abundant, effortless wealth. The said wealth contributed to changing the traditional norms of the sheikhdoms and establishing the paradigm of modern Gulf States, which presided at global development indicators, and outperformed their neighboring countries in education, health and public services.

The financial abundance enhanced the policies of supporting fuel and essential food prices, which therefore increased the spending capacity of the Gulf citizens, to whom the government does not bind income taxes. This rentier change was accompanied by the rise of a consuming and dependent society, with fade of internal protest patterns.

The Gulf regimes deliberately sought to maintain their rentier economic status through increasing oil production as much as possible, thus meeting their inherited traditional political habit of “sheikhdom’s generosity” towards its loyalists and allies, while embracing rebels by appeasing them with “Al-Mu’izz Gold”.

However, with “Al-Mu’izz Sword”, the Gulf States spent more than $100 billion on armament in 2015 solely, which is equal to the spending of Russia, France, Britain or Germany and accounts to double of India’s spending and more than half of China’s. Although the Gulf witnessed three wars in its modern history (The Iraqi-Iranian war 1980-1988, Liberation of Kuwait 1991, Invasion of Iraq 2003), and was not militarily involved in any direct battle, yet the wars cost the Gulf States large amounts of money. Also, the bills coming from supporting Arab regimes or praising Western countries that would move in the direction that best suits Riyadh in precise, or what best meets the mood of other Gulf capitals, remained part of the annexed essential expenditures.

The eruption of the “Arab Spring” movements added new terms to the expenditures. At the time when Zine El Abidine fled to Jeddah and Hosni Mubarak had to step down, the Lualua Roundabout was filled with protestors in Manama. Meanwhile, popular mobilization emerged in Libya, Yemen and Syria. The Gulf support consolidated in order to curb the change towards regimes that would become democratic and thus undermines the hereditary ruling regimes in the region.

Bahrain, a country that used to spend more than third of its expenses on security and army before February 14, 2011, became obliged to spend more to control internal protests. Oman, which refused to accept $10 billion from the “Gulf Marshal”, decided to take in, alone, the resentment in several of its provinces. Saudi Arabia, followed by the United Arab Emirates, initiated the plan to backbone and finance the Arab counter-revolutions, where Qatar, on another strand, was spending in parallel but in a different direction.

The Gulf States rely on the oil and gas revenues that constitute more than 70% of their exports; i.e. more than 60% of the government revenues, which accounts to more than 40% of the GDP. As the oil barrel price decreased to less than $40, the Gulf States loses financial liquidity that supplies its inflated administrative bodies and surrounding obligations decreased as well.

Saudi Arabia, which is the richest country in the Gulf and the region, is not the first that announced an austerity budget for 2016; however, it suffered the most from deficit in 2015, which reached $98 billion according to IMF estimates. Therefore, Riyadh is reluctantly heading to minimize government spending and reform the energy subsidies, which burned $107 billion in 2015. Riyadh is now looking into a plan to increase its revenues from taxes and privatizations this year. These steps directly affect the citizens’ purchasing power.

While Gulf States believed they were able to control their expenses years before, they are, today, with the reduction of their revenues, facing a dilemma. They cannot abandon their obligations in the regional conflicts to maintain political balance with Iran; the war on Yemen’s “Ansar Allah” cost Saudi Arabia’s treasury to depletion, reaching by the end of 2015 $5.3 billion. In addition, it is no longer easy to proceed in the absolute hereditary rule without achieving the accepted level of accustomed social welfare.

The Gulf States are leaning towards forcibly wasting their fiscal reserves in the current regional crises; it is difficult to Saudi Arabia and its allies to end the war in Yemen by options other than military finality. It is even more difficult to control the popular discontent and possibilities of rising political demands in the Gulf, which will have its price on the expense of the treasury, whether through Mu’izz’s “Gold” or “Sword”.

The hard economic conditions may be a passage to a historic change from the absolute hereditary ruling regimes towards constitutional monarchies, which might enhance the stability of the Gulf and keep it in the lead of the destabilized region. However, such an option requires excluding the likelihood of confrontation between the government and society to join the bloody circulation of regional wars.

Chairman of Gulf House for Studies and Publishing

Is Britain Returning Back to Complete the Unaccomplished Mission in the Gulf?